Culture is a collection of practices that lie transparently on top of a core humanity that is readable by anyone. 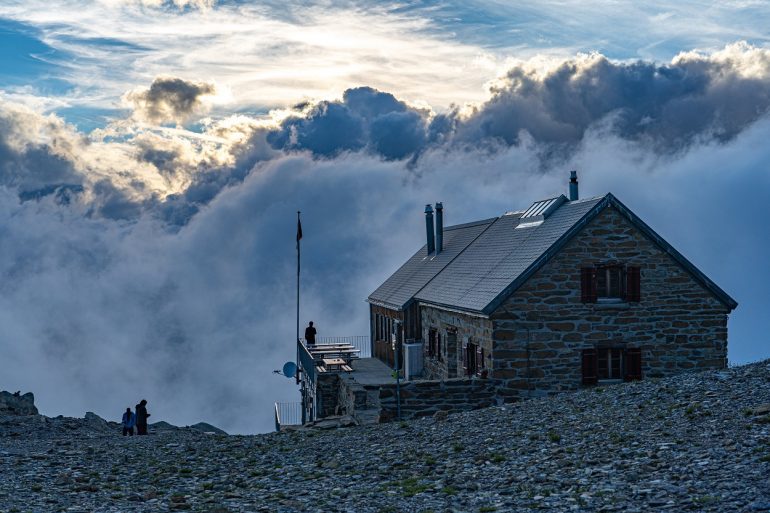 A mountain hut in the Swiss Alps. Photo: Lukas W. on Unsplash.

Culture is a collection of practices that lie transparently on top of a core humanity that is readable by anyone.

I was once sitting in the piazza of a town in the Italian Alps. I had spent the morning walking around, looking at the various fixtures and features of such a place: fancy cutlery shops, among my favorite places of all — places that you see in all Italian towns but especially those that are in the mountains. But also of course churches, train stations, grocery stores, pasta shops, the farmers market (it was a Saturday and it was really busy), tailors, bakeries, bancomats, elementary schools, some historic thing or another, maybe a place where criminals were once chained up and put on display a long long time ago, inevitably a museum or two, a library, a gas station if I go far enough out of town, some natural features, in this case grottos, vineyards whether they are terraced or not, and in which this case they were, being in the mountains, and finally a multitude of caffes and wine bars if the town lives on tourism, which most do because they have to and are well equipped for it, plus all of the other innumerable things that find a niche in the unique dynamism of a modern urban ecology that has deep deep roots.

It was lunchtime and I was hungry and weary after my long morning perambulation, so I sat down in a chair at a table that was in and amongst a sea of chairs and tables that stood outside of a caffe that was large enough and sophisticated enough to offer substantial things to eat, nothing fancy but bread and cheese and beer and things like that. And so I sat and waited and looked around, flipped through one of the papers that was lying nearby, or perhaps that I had been carrying all morning in my bag. There were very few people around because as I remember it was unseasonably cold, or perhaps the dead of winter, so while the caffe had all of their tables and chairs out, it looked like trade was going to be sparse that day. I wasn’t sure of the protocol, so I looked around to see if anyone might be getting ready to come see me or if I had to go in to order. The only person I saw was a young woman, a girl really, or perhaps in that stage that is hard to categorize, maybe she was 16 or 17 or so. She was leaning with her back up against the exterior wall of the caffe, with her right leg bent backwards at the knee, the sole of her shoe resting on the wall, with her left arm holding her phone to her right ear as she hugged herself for warmth. That she was dressed in black bottoms and a white top identified her to me as a likely waiter, especially given her proximity to the caffe and her rather intimate, casual and prolonged engagement with its exoskeleton.

Throwing caution to the wind and betting that my hunch was right, I started the choreography that is designed to get the attention of a stranger: the quick little wave, the head nod, some engagement with the table, maybe the horizontal shuffle of the hand with palm held downwards that I think is exclusively Italian and is typically used to indicate that it is time to eat. I may have used it incorrectly but in any case it worked. After a beat or two she clicked off her phone, put it in her pocket and headed towards me. I decided on beer and cold cuts, affettati misti. She took my order warmly and, as she started to walk toward the caffe to fill it, I called out to her: “Oh, e anche un po’ di pane, per piacere!” She nodded at me as if I must be somewhat dimwitted because to ask for bread in such a place was almost as needless as to ask that the meat and cheese be served on a plate and the beer in a glass. It was not long before she came back to my table, first with the big glass of beer and then a few minutes later with a plate that was beautifully laden with lots of good things to eat: various cheeses, prosciutto, spek, bresaola, and of course the promised and obvious basket of bread, itself a mix of wheat and rye, this being the mountains and in particular the Alps after all.

After completing the task, the waiter went back to her place on the wall, no doubt to escape the chill of the wind that was blowing off of the nearby river, reignited her phone and assumed the same stance she had held previously. As I worked my way through my offerings I would glance periodically over at her. I noticed that she was visibly upset, something that I now realized had been apparent earlier when she was taking my order. I speculated about what it might be — trouble at home, trouble at school, trouble with a friend, boy or otherwise — and it occurred to me that such a scene could be playing itself out anywhere, and undoubtedly was, all around the world, in more or less the same way but perhaps with little changes here and there according to local or national culture.

It was at this point that I changed my mind about the problems of globalization and culture at the smaller scales. Yes, Italian and American cultures are not so different and yes, I am by this time something of a complex subject; that is, like anyone who has been exposed to a number of cultures, even in a banal way, I am fluent enough in them that they no longer pose an impediment to cultural literacy in a number of social contexts. But I have observed the same thing and felt the same thing also in Haiti and Iraq and China and other places that are quite different from Europe and America, and with which I have much less familiarity, such that I think that you don’t have to be that well versed in a particular local culture to see the essential humanity in any given interchange.

In short, I think we make too much of cultural differences because, perhaps with some important but rare exceptions, any given culture is little more than a collection of habits, assumptions and practices that lie quite transparently on top of a core humanity that is apparent, visible and readable by anyone, at least with a little practice, sensitivity and intelligence.