The Almost Forgotten History Of Italian Emigration To Tunisia

A long history of emigration from Italy to Tunisia, in search of work, land, or political refuge, left a large Italian community in Africa. 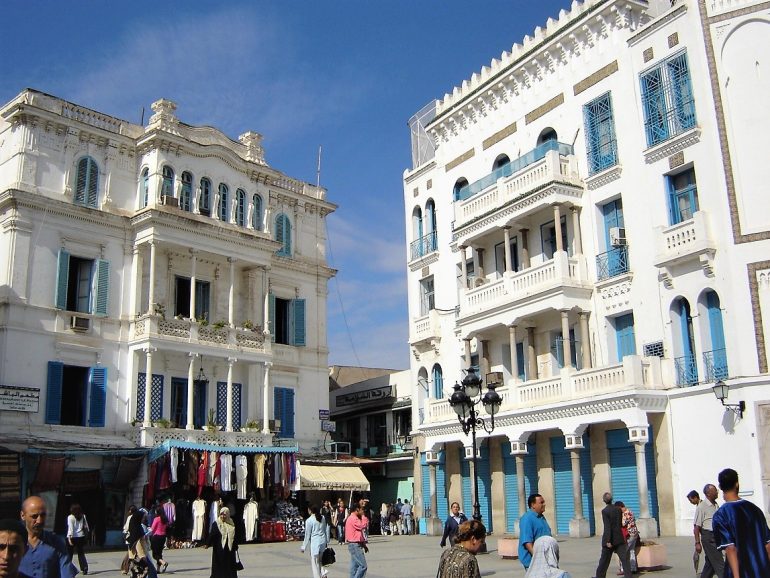 In 1881, at the very beginning of what would become Europe’s scramble for Africa, the Third French Republic invaded and annexed Tunisia. While the likes of the British government immediately recognized the new French protectorate in the north African country, this episode in Italy became known as the ‘schiaffo di Tunisi’ (the slap of Tunis).

Italy refused to recognize the authority of the French. But this was not just because it had its own imperial designs on the country — although it had those too. Instead, Italy’s sense of having been wronged was down to the fact that Tunisia had been home to a large Italian population, at some points as many as 100,000, for centuries.

While we discussed the waves of mass emigration from southern Italy to America during the 19th and 20th centuries in a previous article, there was a similar stream — smaller and much less-known — of emigrants from Italy travelling to northern Africa during the same period, and long before. If you look at a map it’s obvious why: the city of Tunis — a city long populated by Sunni Muslims, French, Italian, and Maltese — is closer to Palermo than it is to the cities of Algiers and Tripoli, Tunisia’s neighboring capitals.

Here, we’re looking at the long history of emigration from Italy to Tunisia, from the late 19th century and long before, through the history of slavery, Jewish migration, political and criminal exiles and refugees, and Italians in search of a better life.

Across the Strait of Sicily: a history of emigration from Italy to Tunisia

Before unification in 1861, Italy was a term that had limited meaning, in a highly fragmented cultural and political context. As a result, and due to the fact that seasonal migration was common in fishing, agriculture and the meat trade, statistics on the 18th century emigration from Italy to Tunisia are scarce and unreliable. Such movement of people was perhaps on a par with movements between mainland Italy and the islands of Sicily and Sardinia, so no real tracking was kept.

However, certain trends did cause significant streams of movement from Italy to Tunisia and back again.

The first such trend was the slave trade, a florid activity among the Berber Muslim pirates of North Africa that existed for many centuries. It consisted in seizing merchant ships and capturing their occupants through razzie or raids on the Mediterranean coasts and trading the mainly Christian Neapolitans and Sicilians as slaves in North Africa. While slave numbers constantly fluctuated through death, resale and escape, living slaves numbered about 1,200 at the turn of the 19th century. These raids explain, in part, the past preference of people in southern Italy to live in hill towns away from the coast while remaining in sight of it.

The slave trade slowed in the latter part of the 17th century and was made illegal when the Berber corsairs in Tunisia were conquered by European forces in 1816. 800 slaves of Italian origin were freed then and allowed to return to Italy, others who had secured their freedom in Tunisia by converting to Islam opted to stay and started their own small businesses or entered employment.

Emigration as escape and opportunity

From the end of the 16th century, Jews from Livorno, called qrana, whose ancestors had arrived there from Spain via Genoa, moved to Tunisia following hardship and exclusion in Italy. They constituted the nucleus of the future élite Italian community there. As a result, before the 1830s, Italians made up about one third of the 8,000 or so Europeans recorded as present in Tunisia. Many of these were exiles and revolutionaries — anarchists, freemasons, Carbonari, Garibaldini — fleeing Italy for fear of repercussions for their political beliefs.

During the 19th century, public works decided on by the French administration of Tunisia attracted workers from southern Italy. During 1878 alone, 1,500 workers moved there to build the railway that connected Tunis to the Algerian border.

The creation of the first industries, the need for a workforce in the public sector all consolidated the strong Italian presence in Tunisia and contributed to the modernization of the country with the introduction of the new concept of labor force, and worker protection that led to early forms of trade unions. This paved the way for an influx of small and medium bourgeoisie and military that was encouraged by the Italian government, as it would justify later Italian expansionist ambitions — which were later quashed by the French.

An alternative to emigration to the Americas

Finally, a spontaneous emigration of desperate peasants, among them fishermen and sailors, moved to Tunisia first as seasonal laborers, then as permanent residents, until they began to constitute a real exodus at the end of the 19th century.

Hearing of the possibilities in Tunisia, thousands from rural Italy landed on its coasts illegally. Once settled, a large number moved inland from the coastal areas, renting land and building up small Italian speaking agricultural communities alongside the larger properties belonging to the French. On the outskirts of Tunis, entire Italian neighborhoods with their own schools and institutions developed with names like Piccola Sicilia, Piccola Calabria, or La Goletta. In 1852, the Genoa-Cagliari-Tunis shipping line was introduced and contributed to increasing interaction and emigration. With this began the height of the Italian-Tunisian relations.

With the Goletta Treaty of 1868, the internationally recognized ‘Most Favored Nation’ clause was established between Tunisia and Italy, giving Italy trade advantages in tariffs and import quotas over other countries and establishing Italian as a commercial lingua franca. The Italian community strengthened its presence further, giving rise to a system of infrastructure and services in education, health, post, transport. The first forms of associations in the commercial field began to emerge, such as the Italian Chamber of Commerce and Arts in 1887.

The Finzi family, rooted in the country for many years, founded the first Italian printing house in 1829. The first copy of the Corriere di Tunisi was printed. It was closed down under the French Protectorate and reopened in 1956. It’s the only Italian newspaper still being printed in Tunisia.

The first hospital, meanwhile, was built in 1890, and The Dante Alighieri Society was created in 1892. It was aimed exclusively at Italian citizens and pursued the policy of maintaining and spreading the Italian language and culture, given that immigrants were often illiterate and did not express themselves in Italian, but in their original dialects. This Society was also linked to the promotion of the construction sector, training furniture makers, engravers, marble workers, and other professionals and craftsmen. The Italian Credit Cooperative was created in 1900.

However, at the beginning of the 20th century, things changed. The French began to see the Italian presence as a danger whose weight in economic and socio-cultural terms had grown out of all proportion. The Italians came to be considered as ‘enemies’ of the Protectorate — a peril italien — or even agents of revolt or social disorder.

As a result, the French undertook an aggressive policy through a program of mass naturalization or Francization. All children born to European or mixed race citizens automatically became French. The measure specifically targeted the Italians. The French not only tried in this way to recover numerical consistency, but ensured the decline of the Italian population through the prohibition of the exercise of professions to those who did not possess a diploma from a French-Tunisian school and, subsequently, who were not French nationals.

Meanwhile, Italian colonial interests in Tunisia were encouraged by the Germans and Austrians in the late 19th century to offset French interests in the region and to retain a perceived balance of power there. The call to arms issued by the Italian state in 1915 led hundreds of Italian citizens, born in Tunisia, to enroll in the Italian army in the Great War.

From the 1930s until 1943, the process of forced naturalization of the foreign community in Tunisia continued. However, subsequent international agreements between Italy and France guaranteed Italian citizenship to all children born from Italian parents in the Protectorate. Moreover, thanks to these conventions, Italian schools, associations, banks and hospitals could resume and continue their activities.

Emigration to Tunisia from Italy in decline

In the first years of the 20th century there were about 100,000 Italians resident in Tunisia, a large number, although less of course than the numbers of French.

Italians there saw the French occupation of Tunisia as a shameful defeat for Italy, while they believed that the presence of a thriving Italian community in Tunisia, legitimized Italian colonial ambitions and was a question of national pride. In fact, in 1942, Italian troops occupied Tunisia to the delight of the Italians resident there. Tunisia, a mere pawn in the larger power game in the Mediterranean, was briefly under Italian control but fell to British and American forces at the height of the Second World War.

In 1957, however, the Bey monarchy was abolished, Tunisia proclaimed a Republic, and Habib Bourguiba was elected Prime Minister in a one-party system, a position he held for thirty years. He undertook the policy of Tunisification, replacing French and Italian workers with their Tunisian counterparts and expropriating the lands of non-Tunisians.

As a result, emigration from Italy to Tunisia went into reverse. In the 1946 census, the Italians in Tunisia were 84,935. In 1959, 3 years after Tunisia’s independence from France, there were 51,702, and in 1969 less than 10,000. In 2005, there were only 900 permanent resident Italians mainly concentrated in the metropolitan area of Tunis. About 2,000 Italians are today considered ‘temporary’ or ‘seasonal’ residents, working as professionals and technicians for Italian companies in different areas of Tunisia.

We can conclude on two positive notes. An ongoing project, the Memory Project, aims to recover the memory of Italian communities in Tunisia, promoted by the descendants of the Finzi family. Meanwhile, many Italian pensioners are opting for Tunisia as their retirement destination. They report that they appreciate the familiarity of cities like La Goletta.