Representative of the soil in which it's grown and the hands by which it's made, food in Italy revolves around integrity and respect. 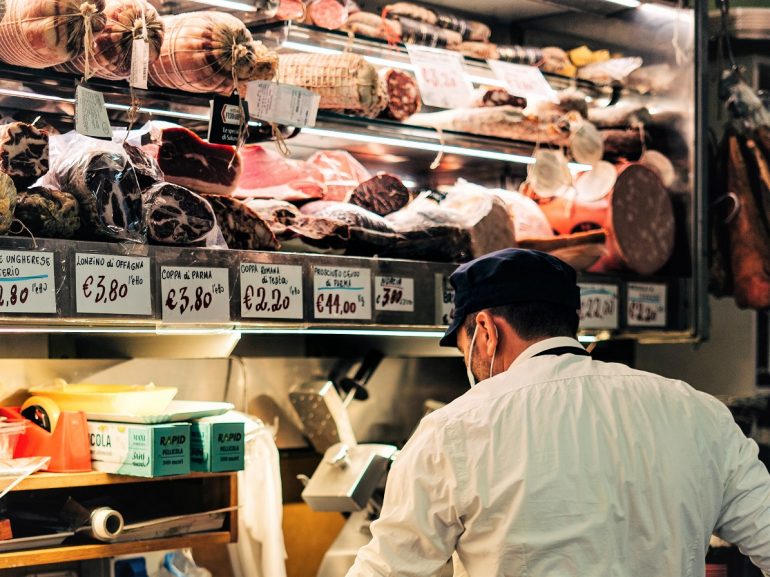 There is nothing in which Italians take more pride — apart from maybe their football — than their cuisine. Representative of the soil in which it’s grown and the hands by which it’s made, food in Italy revolves around integrity and respect. The saying “we are what we eat” could not be more true than on the peninsula. Italians are admired for their devotion to producing and preparing high quality meals with the simplest and purest of ingredients. In fact, the Mediterranean diet is heralded as the healthiest, most beneficial option for life longevity. Flavor, quality and origin are not only integral pieces of Italy’s cultural fabric but also of its legal sphere.

The great ham scam and beyond

Food production is no joking matter in Italy. Stringent rules are in place for many of the pillars of Italian cuisine. San Marzano tomatoes, for example, are regulated from seed to stem, and even once they are canned. Legitimate San Marzano’s will include an ID number and seals from both the consorzio (food consortium) and DOP (protected designation of origin). Regulations are so tight, in fact, that the Italian police force is often involved in confiscating mislabeled cans of tomatoes. The ‘King of Cheese’, or Parmigiano Reggiano, abides by similar rules and must come from its own DOP of Parma, Reggio-Emilia, Modena, Mantua and Bologna. Not only that, but the production of parmigiano must follow certain protocols using ingredients solely from the areas mentioned above.

Olives are also closely monitored by the government. Italian extra virgin olive oil is cited as the product most vulnerable to fraudulent activity in the EU. In 2008, during a bust deemed ‘Operation Golden Oil’, the police force (400 strong) exposed dozens of mills that were sourcing oil from other Mediterranean countries and labelling it as Made in Italy. That same year, more producers found themselves in hot water for adding chlorophyll to soybean and sunflower oils, and calling the result Extra Virgin. One could say it took ‘olive’ Italy’s resources to eradicate this food corruption.

The Italian food industry was rocked once more in 2017 during what was known as ‘prosciuttopoli’. The name was a reference to the government’s ‘tangentopoli’ of the 1990s, an investigation that exposed the deep-seated corruption plaguing Italy’s political and professional systems. Prosciuttopoli exposed pigs of a different kind. Dozens of breeders were outed as part of a racket that involved nearly 1 million pork legs and over 80 million euros. High-yielding sperm and pigs imported from Denmark were used to impersonate authentic Italian prosciutto, the highest quality considered Parma and San Daniele. The Danish pork created larger profit margins, thereby undercutting the price and value of legitimate prosciutto. The investigation involved phone tapping and undercover work, resulting in the detainment of the crooked breeders. The faux ham was also confiscated.

Measures to control the quality of food in Italy have been in place for years, and obviously are taken very seriously. The country is bound not only by EU mandates, but by their own Ministry of Health and Ministry of Agriculture. Independent organizations also serve to both unify and monitor farming and food practices throughout the country. Fatto Alimentare, an online editorial that covers homegrown food matters, and Coldiretti, which represents farming entrepreneurs, approach agriculture at a grassroots level and advocate for transparency in food production.

Therefore, as both a producer and consumer, it is important to be aware of the following foodie terms:

As a result of these regulations, Italy is home to the “highest number of quality-sealed products in the EU.” The country also consistently tops the leaderboard on the global health index score, which is often attributed to the quality of the Italian diet. However, food for Italians is not only a matter of health but also a key component of their national integrity. Never to be undermined by ham scandals or synthetic oils, Italians will ardently defend their agricultural honor to the death — or at least to the dinner table.