After the US decision to withdraw troops, where does that leave Italy, NATO, and the Afghani people? 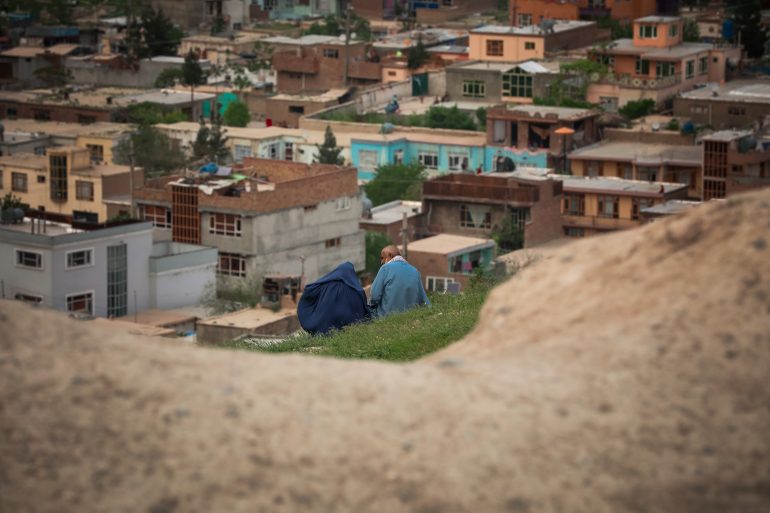 After twenty years, US President Joseph Biden announced the withdrawal of troops from Afghanistan, to take place on September 11, 2021. For America, the symbolic date is surely meant to signify the closing of a chapter of its history. However, for the countries that joined the war in Afghanistan, it is a move that leaves more questions than it answers.

For Biden supporters, the withdrawal is a long-overdue end to a ‘forever war’, which has lasted longer than the notoriously contentious Vietnam war. A recently poll found that more than 40% of Americans believe the military effort has always been a mistake; on the other hand, a smaller percentage of the population supports maintaining a more robust military presence in the country as a means to “promote democratic values.” Yet two decades later, the motives for going, staying, and leaving seem to be even less clear than they were at the beginning. In particular, the Italian forces that will remain after the American withdrawal are now tasked with an even more Herculean challenge and even fewer resources to achieve their stated goals.

The cost of war for those who leave

Biden stated that 2,500 US troops and 7,000 involved in NATO-backed missions would gradually leave the country starting on May 1 for, in his words, “The plan has long been: in together, out together.” In the midst of a global pandemic and recovery plans that run into stratospheric amounts, a war that has cost trillions of dollars and the lives of more than 2,000 US service members is more unpopular than ever. The more than 100,000 Afghan civilians that have been injured or killed and the lack of a clearly obtained peace makes the conflict an even harder pill to swallow.

After the withdrawal decision, Biden administration officials stated that the United States remains committed to the peace process in Afghanistan and will continue to provide humanitarian aid and assistance to the Afghan government and security forces, which currently remain dependent on foreign support. But the US move has wider ramifications than the domestic audience, and if the country who declared war has finally decided to relent, its allies have to question their own presence. And indeed, shortly after President Biden’s confirmation of the withdrawal plan, all NATO members confirmed that they would join in with a coordinated removal of troops alongside the US. Of course, this is easier said than done.

According to the Italian Ministry of Defence, Italy initially guaranteed support both to NATO and to the Republic of Afghanistan in Herat, the third-largest city in Afghanistan. Italy also continued its training, assistance, and advisory activities in the western regions of the country. The current Italian presence in Afghanistan consists of 800 military personnel, 145 land vehicles, and 8 air vehicles, divided between personnel based in Kabul and the Italian military contingent stationed in Herat.

However with NATO choosing to leave Afghanistan, the Italian forces have little rhyme or reason to remain. Foreign Italian Minister Luigi Di Maio, commenting on the withdrawal of US and NATO troops from the country, put it succinctly: “This decision puts an end to one of the longest and most absurd wars in recent history.” After the loss of 54 Italian soldiers and an 8 billion euro price tag, the war in Afghanistan is a chapter Italy would like to close, and quickly.

The consequences for those left behind

War is by nature a dangerous business, and a withdrawal is one of the most perilous moments of the process. However, once the convoys have departed and soldiers returned home, they are by and large out of danger. But the local population, some of whom work in close cooperation with soldiers, are left to fend for themselves and suffer the repercussions of their involvement. Many of these civilian personnel who work as drivers or intepreters, fear for their lives when the troops make their exit.

At the beginning of April, the Defense Minister Lorenzo Guerini told the joint committees of the House and Senate that “in the event of the withdrawal of Italian military contingents, every initiative will be taken to activate the protection mechanisms for collaborators that have already been effectively tested.” Guerini noted that the Italian contingent currently employs 40 people as interpreters, many of whom may become targets when their services are no longer needed. Indeed, dozens of Afghan interpreters have made an urgent plea to Western governments for humanitarian visas, fearing they will be murdered by the Taliban when troops withdraw later this year.

This threat has been recognized in most of the countries that have had contingents in Afghanistan. In September 2020, the UK Home Office granted asylum to Afghan civilians who had been working as interpreters for British forces from May 2006. In April, the Truman Center for National Policy, Human Rights First, and Veterans for American Ideals began advocating for a mass evacuation of Afghans who had been promised US protection. As of yet, there has been no word on whether they will be able to leave the country safely.

In a war that began with controversy and ends with few clear indications of victory, it is those who are left behind who will have to pick up the pieces, yet again.

There is no question that democracy, human rights, and terrorism are major foreign policy issues, and rightfully so. But is the best way to actively promote these values a costly war that has involved countries who have no clear stake in the outcome and no plan for a postwar order?

Some believe that Afghanistan will emerge even weaker than before the war which, despite its victims and economic cost, has been accompanied by the rehabilitation of roads, schools, and hospitals. Western intervention has also led to technological development, with national television services spreading to provinces far from the capital: images of modern and relatively ‘liberal’ lifestyles have been streamed into Afghani homes and with them, the aspiration for greater freedoms and stability. While it may seem frivolous, it has also been the catalyst for many a movement.

However, when freedom and democracy are a luxury reserved for a precious few countries, we’re not promoting peace but merely showing it off like a new car. When we sacrifice the stability of a country and wage a war longer than both World Wars combined, we only undermine the very values that we claim to be protecting. Can democracy be exported and distributed like a franchise?

Whether from the perspective of the US, Italy, or any other country who has troops on the ground in Afghanistan, the answer seems obvious enough. Whether or not our policies and politicians finally get the message is another matter entirely, but one hopes that the statements such as those made by di Maio in Italy and his counterpart in the US, Secretary of State Antony Blinken, turn the tide towards a more reflective foreign policy. As Blinken stated: “we cannot promote democracy through costly military interventions or by attempting to overthrow authoritarian regimes by force. We have tried these tactics in the past. However well-intentioned, they haven’t worked.”