The arrest of a navy captain for swapping military secrets has raised concern among Western partners about Italian international relations. 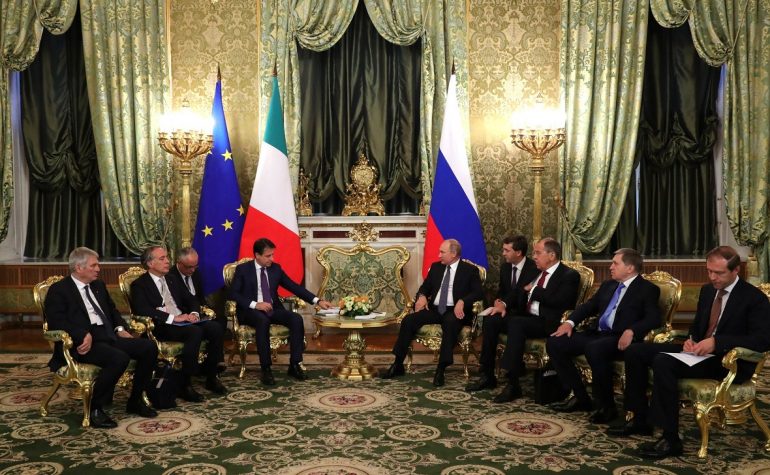 On March 31, an Italian frigate captain was placed under arrest after he was caught red-handed passing secret documents to Russian diplomats. According to official sources, the Italian police found the navy officer handing over top-secret files to a Russian agent in exchange for money.

The incident raised eyebrows among Western allies, since sources reported that NATO papers were among the documents swapped during the secret meeting between the pair. Although Foreign Minister Luigi Di Maio swiftly lodged a formal protest with the Russian ambassador, asserting the banishment of two Kremlin’s officials, chancelleries of NATO countries weren’t reassured.

Bearing in mind that several Italian politicians aim to build bridges with Russia and China, Italy’s western partners may are sure still to regard Italian international relations as open to doubt. And when it comes to the League and the Five Star Movement — two of Italy’s governing political parties — there’s good reason to be concerned.

The position in the Italian cabinet of populist parties such as the sovereigntist League and the ideologically bewildering Five Star Movement has dramatically jeopardized relations with European countries.

Most significant were the revelations about relationships between League members and Russian agents aiming to unbalance the 2019 European elections, as Buzzfeed revealed. According to sources, Russian attachés offered to bankroll the League’s political campaign, seeking to sway the balance of power in the European parliament towards Matteo Salvini’s party. If we remember the League dramatically trounced its opponents in Italy, clinching a sky-high 34% in 2019 European elections.

But why do Russians love the League? Matteo Salvini, leader of that party, has always been keen on the Kremlin’s foreign policy. For instance, he claimed that the Russian annexation of Crimea was lawful, thanks to a ‘democratic’ referendum. Besides, he has always been lenient toward Putin’s aggression on Ukraine. According to the League’s leader, sanctions on Russia are undermining Italian economic relations with the country.

At the beginning of its rocketing rise, the Five Star Movement had a clear-cut perspective on external relations, turning its gaze toward the East. In a similar fashion to the League, they went easy on sanctions upon Russia, as clearly stated by former leader and now Foreign minister Luigi Di Maio.

Moreover, the Movement and the League found common ground in European institutions, backing philo-Russian attitudes at every possible moment. For instance, the Movement abstained on the vote on a European Parliament resolution in September 2020 condemning Russia for poisoning the dissident Alexey Navalny. Together with the League, they even stopped a Commission of Inquiry that aimed to shed light on foreign (or Russian?) interferences on voting.

Although the League and the Movement regarded Russia as a bulwark against Atlanticist elites, the primary partner the Movement looks toward is China. After striking a bargain on the New Silk Road linking China and Italy, bonds between the Movement and the Chinese juggernaut have grown stronger.

For example, the party’s ‘spiritual father’ and former leader Beppe Grillo has been waxing lyrical about a cutting-edge China, even downplaying the country’s role in the oppression of the Uighurs (the Muslim Chinese minority). And furthermore, he recently slapped down Joe Biden’s new Atlanticist approach, calling it “a ruinous McCarthyism.”

Italy’s international relations: all but straightforward

Despite their eastward gaze, both the League and the Movement find themselves backing the national unity government of the former European Central Bank chief, Mario Draghi. After hammering European institutions and taking their hat off to Russia and China, they are banging the drum for the most pro-European cabinet of the last three years. Straightforward indeed.

Interestingly, the Five Star Movement shifted its ground after allying with the PD, Italy’s center-left Democratic Party. While in the past they were shouting for a Italexit referendum for years, they’ve now found themselves believing in European institutions. The obvious move that changed the Movement towards a more moderate, establishment approach was their support for Ursula Von der Leyen as president of the European Commission — although it was likely a move to avoid political isolation both in Italy and Europe.

The League changing its ways

And what about the League’s vision of Italian relations with Europe? After its leader Matteo Salvini has based his reputation on blasting European institutions, he has pulled a phony switcheroo in the last few weeks. Now, his social media accounts worship at the shrine of Mario Draghi and his pro-European approach.

Perhaps undergoing a radical shake-up was the only way to justify the League jumping to Mario Draghi’s defense (and sharing offices in the cabinet). Besides, we shouldn’t underestimate that Matteo Salvini’s allies in Eastern Europe, like Poland and Hungary, don’t have a civil word to say about Russia, the League’s best friend. In this context, it is worth highlighting that the pro-European U-turn by Matteo Salvini may represent the last chance for the party to come out of political isolation in Europe — to join perhaps the European People’s Party, the center-right conservative and liberal family in Europe.