The Inclusive Feminism Of Elena Ferrante

Her third novel is more than a tale of two friends, it is a window into the struggles that the feminism continues to face. 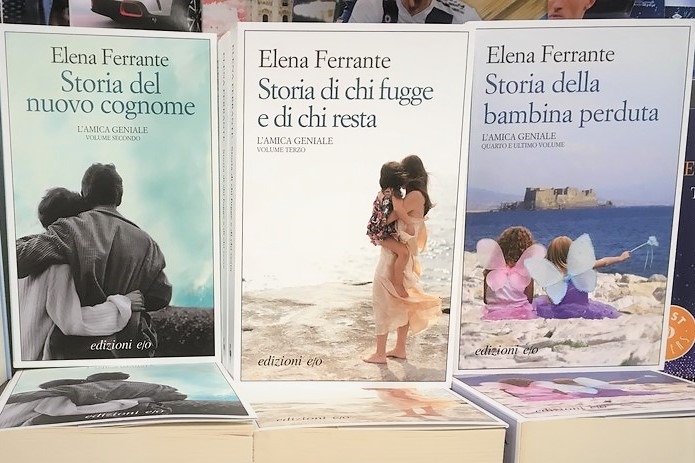 Elena Ferrante’s Neapolitan Quartet belongs to the literary canon of women’s literature, telling a bildungsroman of friendship and feminism. The four books are narrated by Elena (Lenù) Greco and follow her and her best friend Raffaella (Lila) Cerullo, beginning with their adolescence in Naples and following them through the divergent paths they take as adults. Ferrante weaves feminist history into the third installment, Those Who Leave and Those Who Stay, a revelatory title for a series that intersects with second wave feminism and highlights a dichotomy that awards partial success to one woman while leaving the other to her own devices. The book, which takes place during the late 1960s and early 1970s, is inseparable from the movement in which its based, and the importance of the feminist movement in modern Italian history.

Feminist thinker Carla Lonzi, one of the founding mothers of Italian feminism, is a constant presence in both the text and the author behind it. The anonymity of Elena Ferrante, who writes under a pseudonym, is a feminist choice in itself: she elects a female name rather than a male one, challenging the accepted wisdom that female authors must in some way silence themselves to be taken seriously. Although we do not know Ferrante’s identity her voice is in no way silenced: as she writes in The Guardian, “Our defects, our cruelties, our crimes, our virtues, our pleasure, our very language are obediently inscribed in the hierarchies of the male, are punished or praised according to codes that don’t really belong to us.”

These hierarchies are the same patriarchal systems that Lonzi describes and that Ferrante’s Elena aims to escape through her pursuit of higher education. At the beginning of the third novel, Elena has recently been published and plans to move to Florence with her fiancé, Pietro Airota. Elena’s higher education allows her to Naples, become a writer, and interact with feminists on an intellectual level. Chief among these is Pietro’s mother Adele, who introduces her to Lonzi’s famous essay on female autonomy and sexuality, The Clitoral Woman and Vaginal Woman.

However, the arc of Lila’s trajectory reminds us that feminism is not, and was not at that time, merely an academic pursuit. When we meet her, she has just escaped an abusive marriage with Stefano Carracci and has moved to a dilapidated apartment building with her young son, Gennaro. In order to support herself and her family, she remains nearby and works at a sausage factory owned by a friend of her former lover. Unlike Elena, Lila did not have the same familial support to pursue formal education beyond elementary school, but this does not stunt her intellect or connection to the movement. The working mother becomes an activist, fighting on behalf of those abused in the factory.

The protagonists’ separate but connected paths are set against the backdrop gruppi di autocoscienza, or consciousness raising. In Italy, small groups of women would meet to engage in conversations about sexual difference. This designated space becomes important in the novel as the female characters are so often spoken over, manipulated, and assaulted by male colleagues, husbands, brothers, and fathers. Elena is invited to one of these meetings by Adele but does not experience these groups as her feminist self imagines. Instead, she only wants to explore her relationship with Lila: “I want her to erase, add, collaborate in our story, spilling into it, according to her whim.” Writing thus becomes a point of connection between the two women as a means of autocoscienza, even as their lives diverge.

The two women drift apart in the third novel and only remain connected through phone calls and moments of crisis. Consequently, their relationship with writing and the feminist movement unfolding around them is in stark contrast. Elena moves north, where many feminist collectives originated, while Lila remains trapped in their stagnant neighborhood controlled by the local mafia. Elena’s first published work draws from childhood conversations and tells the story of female sexuality, alluding to her own sexual assault. During this time, Elena begins to look inward and investigate her own identity. She formulates a thesis for her second piece of writing which articulates the genesis story of Adam (Ish) and Eve (Isha’h) through a feminist lens. While her deteriorating marriage confines her to the household, Elena’s growing socioeconomic status acts as a springboard for her writing, an opening that would never have been possible in the confines of her childhood neighborhood.

In contrast, Lila’s feminism derives from her experiences as a lower-middle-class working mother. Although her father forced her to end her formal education in elementary school, she surrounds herself with classical works including Virgil’s Aeneid as well as her partner Enzo’s engineering textbooks. There is no material she cannot comprehend. She begins to learn computer programming and coding, a more technical form of writing but a language of its own nonetheless. To Lila, feminism is a luxury rather than a necessity in daily life. When Elena shares Lonzi’s essay The Clitorial Woman and Vaginal Woman with Lila, she says: “What the fuck are you talking about, Lenù, pleasure, pussy, we’ve got plenty of problems here already, you’re crazy?” While second wave feminism did bring middle- and working-class women together in conversation, class remained a systemic difference that perhaps not all collectives recognized in full and in failing to bridge this gap, undercut the movement itself.

As the novel progresses, Lila’s computer programming work allows her to live more comfortably, but it does not protect her from domestic abuse. Both Lila and Elena are taken advantage of and raped by men during their adolescence, a disgusting reality which contemporary collectives such as Non Una Di Meno exist to combat. Elena reflects on these moments of abuse in her first novel and Lila writes a pamphlet that describes the horrible conditions in the factory where she is assaulted. Lila’s activism situates her with feminist groups that were more focused on social change in the public sphere, rather than theoretical groups that lent themselves more towards autocoscienza.

But the raw memories Elena articulates in her novel, that are described as dirty, risky, and inappropriate, are received as a brave and authentic look at female sexuality. In her way, Lila rediscovers her connection to writing via the workers unions. Claire Fontaine describes Lonzi’s essays as “sledgehammers for destroying the palace of culture that men build together higher and higher every day and for showing it for what it truly is: a fortress made only to exclude.” Elena’s published works and Lila’s pamphlets could also be ‘sledgehammers’ of the fictional world they inhabit, exposing the patriarchy which abuses women and confines them into domesticity.

While their paths are different, both women find a place within the second wave of feminism. This should be instructive to feminists, both in Italy and beyond, moving forward. There is no one way to raise consciousness.