What Went Wrong With Mario Draghi?

Has the ex-chief of the European Central Bank been a good thing for Italy? 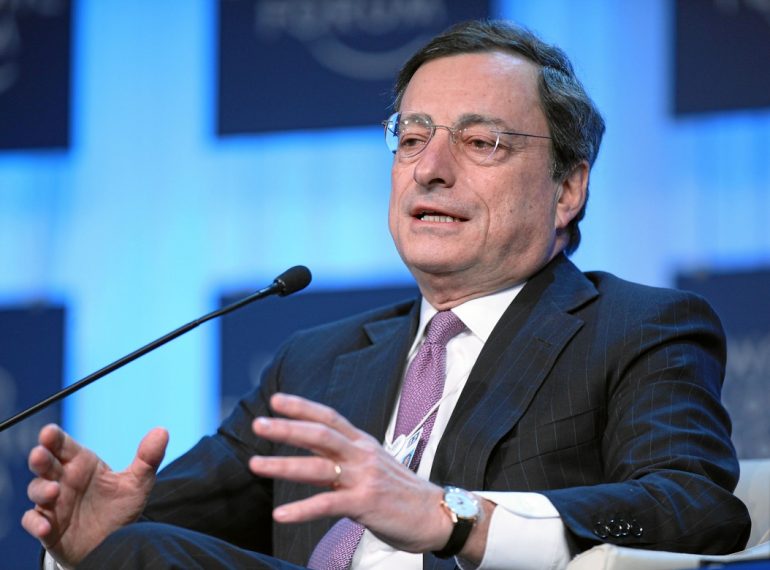 Despite widespread praise from journalists and officials, most Italians seem to be disappointed by their new Prime Minister, Mario Draghi. And that’s felt particularly in relation to his first priority in office — namely solving Europe’s response to the pandemic and the problem of vaccine supplies.

We can remind ourselves that he did jump into an already pretty difficult situation, in which many different political players fought. But, even if we do, this situation is turning out to be a big headache for Draghi. So, where did it all go wrong?

Let’s start from the top. Mario Draghi’s first interesting decision dates back to the end of March. At this point, he affirmed his position with the vaccines destined for Australia, a choice that boosted not only Italy’s reputation but also that of the European Union.

Since that moment, vaccines came faster and in much greater volume. What appears to have actually happened is that, in early March, Draghi convinced the President of the European Commission, Ursula von der Leyen, to sign off on the seizure of Australia’s 250,000 doses. This step marked a great watershed moment, as it allowed bans of exports, which were slowing down Europe’s — and especially Italy’s — vaccine campaigns.

In this moment, Draghi showed leadership, something he did so on other occasions too. He showed, for example, that he was unafraid to speak up for what was right. He called Brussels’s actions on vaccines “lightweight” and, already in February, voiced his uncertainty regarding the AstraZeneca supplies promised by the Commission. Yet, he also defended von der Leyen after Erdoğan denied her a chair at the table during a visit to Ankara, a fact that spread on the internet like wildfire. In response to the Turkish president’s action, Draghi openly called Erdoğan a dictator, a choice not exactly diplomatic in such a delicate relation with Turkey, especially given the issue of migrants from Syria.

Some may say that Mario Draghi — unlike his predecessor, Giuseppe Conte — was able to affirm his leadership and stand up for Italy’s position in Europe, but the majority in Italy remains profoundly disappointed by the management of the pandemic in the country. As far as the vaccine rollout is concerned, many problems in Italy need to be considered — from the logistics to the diffusion of responsibility and bureaucratic inertia. To begin with, the region’s booking system has failed to set up correct appointments for the elderly, wasting doses and staff.

On top of that, however, the temporary suspension of AstraZeneca didn’t help, showing that Europe’s cautiousness — and its bad obligations to pharmaceutical companies — have created a complicated situation. Just over half of Italy’s over-80s have yet been vaccinated — a situation exacerbated by the government’s decision to vaccinate not only healthcare workers, but public and private teachers, lawyers, administrative staff in the hospitals and prosecutors.

It’s a decision that has left many old and sick people still without a first dose in April. Meanwhile, regions have failed in correctly organizing the appointments. Many older people have received their first appointment in a city far from their home, making it impossible to get vaccinated, leaving many slots unfilled.

It’s the lethargic vaccine rollout that led Draghi to decide on March 15 to impose a new nearly national lockdown, spurred on by fear of a third wave of infection.

Draghi had decided, since the beginning, to mobilize dentists and pharmacists to administer the vaccine, hoping to vaccinate 80% of the population by September. Yet, his words against health workers have not always been so positive. He said, for example, that psychologists were not essential healthcare workers, and therefore didn’t need to be vaccinated. Psychologists answered back that the previous government had decided the priority list for vaccinations and that all healthcare workers were included in the first phase — not to mention a new decree that made it mandatory for these to get vaccinated. As Davide Lazzari, president of the Association of Psychologists, said, the role psychologists are playing in this moment is crucial, as there are many children left alone and unable to express their feelings, alongside many sick people struggling with everyday life and old people living alone, dealing with depression and anxiety. Many psychologists also work in health care homes, with cancer patients or people with other serious diseases that need psychological support and assistance.

Another decision poorly seen by Italians is the one concerning the hospitality closures. Restaurants, pubs, salons and so on are still waiting to properly open their doors, with an intermittent and often last minute decision-making policy. Jewelers may be open, while other stores are not permitted. Clothes stores may open just for sport clothes, but they can’t sell their. These types of decisions have hardly been discussed, as they don’t tend to make any sense, leaving workers and families ensure what to do next. Many restaurants have decided to open in protest, while others have closed permanently after months of zero income.

But the greatest failure of the current government remains one: communication. Fewer public speeches, fewer meetings displayed on tv, and a general silence about the long term have left Italians unhappy with the management of the situation. Draghi didn’t really explain the new measures, rules and exceptions — and this has led to incomprehension and some people breaking the rules. Fewer answers have been given about the current measures and the government has showed zero interest in receiving feedback from the population, something that has brought many people to protest on the street and ask the government for more help.

These are just some of the faux pas that the government of Mario Draghi has made, even though there have been circumstances carefully and rightly confronted by the current government. It goes without saying: the person that needs to face a deadly pandemic in uncertain times such as these is not going to have it easy.

Errors may be due to Draghi’s personality. As an economist, banker, academic and previous President of the European Central Bank from 2011 to 2019, he may have not been the perfect match as a public and political figure for such a difficult position. He may well have been overestimated, or this situation may be just too much pressure on just the one person — a person not standing out for his diplomacy or communication skills so far.

On the other hand, the field wasn’t exactly crowded after Conte’s disappearance. The role of Prime Minister is not a chair on which many people would gladly sit at the moment, preferring instead the armchair of judgment, shall we say. Leaving pure and strict judgments aside, many agree that the current minister is better than the previous, but that the current situation is not exactly sparkling. That’s not only due to the problems outlined here, but to the poor system of management that some regions have put in place. Meanwhile, as everybody knows, fragmentation and granularity in the Italian system was a problem long before Draghi’s arrival.