Who Should Get Priority For A COVID-19 Vaccine?

With over 13 million doses administered in Italy, the vaccination campaign is finally moving. But who should get priority for the vaccine? 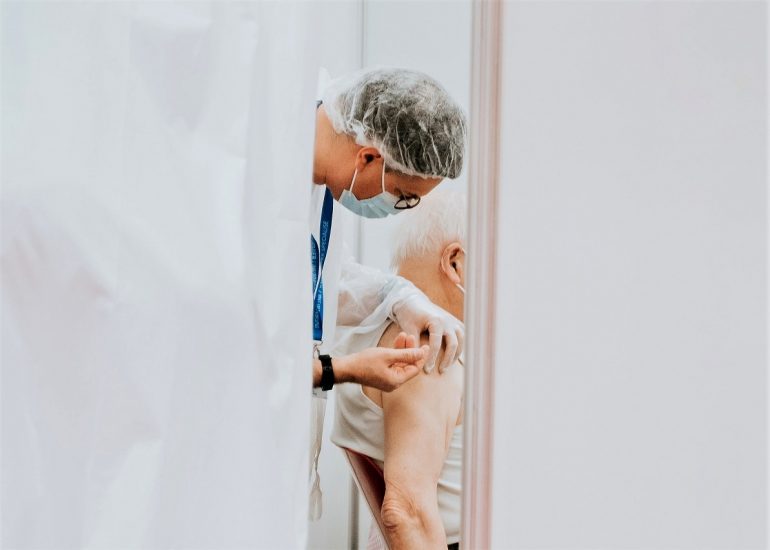 With over 13 million doses administered in Italy, the vaccination campaign is finally moving. But who should get priority for the vaccine?

On March 24, Italian Prime Minister Mario Draghi blasted the regional authorities for the state of the vaccine rollout. Setting his sights on regional governors who had perhaps not been following the country’s vaccination plan, he observed that “the elderly are neglected in favor of other groups.”

And last week he repeated his message, but with greater strength: “With what conscience are people skipping the queue, knowing that people over 75 and the vulnerable are left exposed to a concrete risk of death?”

Draghi didn’t mince his words. And the numbers truly depict a concerning scenario as only about 45% of over-80s have received a COVID-19 vaccination, compared to a target of 80% by the end of March. Considering that more than 65,000 over-80s died of coronavirus, it seems that Draghi might be right: regions haven’t been giving priority to the groups who might need the vaccine most.

The statistics are tremendously clear: Italy is at the bottom of the ladder in terms of the vaccination of the elderly in Europe.

Shocking numbers highlight a worrying situation, as only 16.9% of 70-79 years-old people have received the first vaccine shot in Italy. Only 2.8% are fully vaccinated against the coronavirus. Bearing in mind that the National Institute of Health recently stated that the COVID-19 death rate among the over-70s is a skyrocketing 9%, the situation couldn’t be gloomier.

Circumstances slightly improve when over-80s are concerned, as a heartening 45% of the category have now received a second vaccine dose. But still, we are trailing far better countries like Ireland (67.2%), Greece (47.3%) and Portugal (48.7%).

While almost no European country met the European Commission’s target of vaccinating 80% of people over 80 years old by the end of March, Italy remains at the back of the pack.

The elderly and the ‘others’

Italian healthcare personnel have administered 84% of the total amount of vaccines at their disposal. But, with this in mind, it is as clear that there have been enough resources to keep all of those in the older demographics from harm. And in the knowledge of the considerable size of the elderly population in Italy, bolstering immunization among older people should have been the top priority, as Draghi demanded.

Instead, a concoction of cryptic categories, officially known as ‘others’ — those who are not elderly, vulnerable, or from the armed forces, medical professions, or teachers — managed to receive a staggering 2.9 million vaccines. Among these ‘others’, we may find magistrates, college students, border control staff, airport personnel, and funeral service professionals.

However, every region seemed to come to its own conclusion as to whom the ‘others’ were. Surprisingly, even university professors and workers managed to get a vaccine, although they haven’t seen a student since the first lockdown.

The most absurd situation perhaps regards magistrates. While many received a dose, other professionals involved in the legal process — such as court personnel and lawyers — did not. As tribunals cannot hold trials without these personnel, the decision to prioritise magistrates looks pretty incoherent.

As a result of the confusion, the Anti-Mafia Commission’s chief Nicola Morra has started an investigation into the operations of many regions. It’s true that the overall number of prioritized ‘others’ is dramatically — suspiciously — high.

The government vs everybody else

Mario Draghi trashed the vaccine rollout across the different regions for not prioritizing the needs of the elderly. According to the Prime Minister, not only did the regions have enough doses to immunize older people — which they didn’t seem to use — but they also seemed to hold in higher regard different demographics.

The data did back Draghi’s statement, since people between 40 and 60 had higher vaccination rates than those between 60 and 80. In particular, 11.6% of the 50-59 years old group has received its first shot, against 10.5% for the 60-69 years old group. However, many governors clapped back at the Prime Minister, claiming that they were sticking to the vaccination plan drafted by Draghi himself.

Eager to fight more, the Prime Minister soon drew attention to the “unsavory category of psychologists” and blamed them for stealing vaccines from the elders. Unfortunately, Draghi’s words did not go down so well, as his government had given priority to these professionals in the vaccine plan it had drawn up itself.

Who should get the priority for the vaccine?

Nasty fights between the government and other institutions, such as the regional powers and specific social professions, create anxiety and confusion. And it does seem that the cabinet is criticizing others to hide its own faults. Sure, the European vaccination plan has indeed been a fiasco, but the government should have acted more wisely when drafting its plan, rolling out the doses available, and stipulating who should get priority.

In the throes of this confusion, many significant categories of professional have been overlooked, such as grocery workers. Unfortunately, being on the front line for months wasn’t enough for them to achieve the right to be classed as a priority for a vaccine.

When the new COVID-19 Commissioner Army General Francesco Paolo Figliuolo stepped in, optimism was raised, particularly with his loud aim to vaccine 80% of Italians by the end of September. All of this confusion over who should get a vaccine first, however, is dashing our hopes once more.