What would happen if Italy were sawed off from Europe, plucked from the Mediterranean, and then gently set down in the middle of the Atlantic? 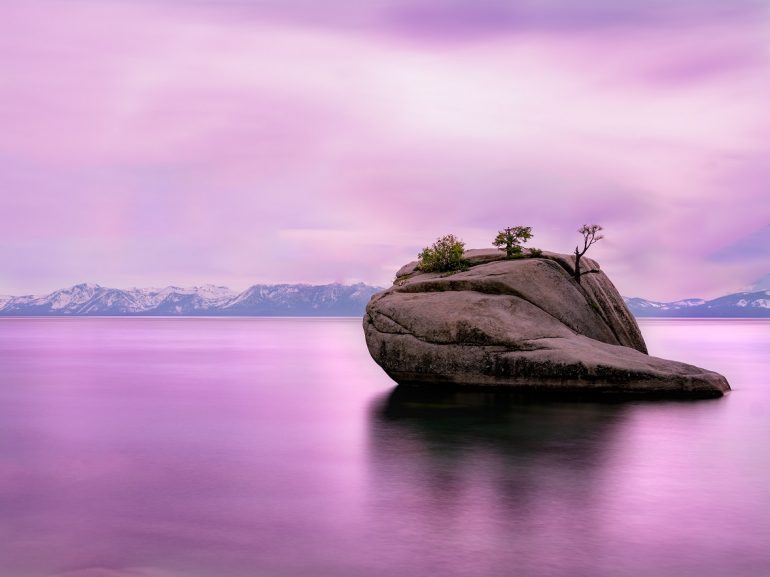 What would happen if Italy were sawed off from Europe, plucked from the Mediterranean, and then gently set down in the middle of the Atlantic, like a savoiardo floated onto a bowl of warm, freshly whipped zabaglione, albeit one with a jagged bulb on one end and a pointy kink at the other, not to mention a couple of big chunks of broken bits and many smaller ones that got caught up in the transfer, and a zabaglione that was a bit on the cool, salty and tempestuous side? Well, I will tell you, at least as I imagine it in one rendering.

Freed from its cozy bubble bath, Italy at least no longer has to deal with Switzerland, Austria and France, and perhaps to a less worrisome extent, Slovenia. It also no longer has to worry about Spain, Morocco, Algeria, Tunisia, Libya and Egypt, its neighbors to the south, nor Israel, Lebanon, Syria nor Turkey, its fratelli e sorelle to the east, not to mention Malta and Greece, and the proud group of nations that line the eastern Adriatic: Albania, Montenegro and Croatia, with even Bosnia and Herzegovina having a toe dipped in.

Allora. ‘Put up with’ might be a bit harsh. Italy would not be Italy without its long history of being nestled in among its fellow frogs set around the pond. Italy without Greece? Unimaginable. If you want to understand the Mediterranean, as one Venetian once told me, go to Turkey. Would Italy be Italy without its frosty locks entangled with the Teutonic nations? Nein. Without its right arm slung over the shoulders of its southern chums? No y/et Non.

Now this sawing that I am picturing would be quite precise, obtained perhaps with the largest yet most finely calibrated jigsaw imaginable, let’s say one used by a Samurai woodworker, but one with the sensibility of Michelangelo and the precision of Giotto, who could draw a perfect circle freehand, if courtly tales are to be believed. Such a skillful artisan would be needed to neatly trace the sinuous border that twists its way through the Arco Alpino, from La Spiagetta dei Balzi Rossi to the bay of San Bartolomeo. Still, some challenges are to be expected, and needless to say, the border surgeon — Médecins des Frontières? — would have to deploy that most elegant precaution of the Jains, a rhythmic sweeping of a palm frond, or its analogous gargantuan and high tech equivalent, to ensure that the ants, or in this case, the people, would be gently pushed out of harm’s way.

In any case, once free, the Italian peninsula and its isole could be lifted from its briny bathtub and then set down in a much bigger and decidedly cooler version, the stormy Atlantic, provided that the sawyer remembered to also undercut the landmass, thus freeing it from its geologic base as well as from its geographical top end, if you will allow a liberal parsing of the earth sciences.

But now how to pick it up, exactly. As everyone knows, the charming hill town of Narni lies at Italy’s geographical center, suggesting that Gargantua should place his thumb at Civitavecchia and his forefinger at San Benedetto del Tronto. Gently, please, Gargantua, gently. Once firmly yet softly lifted, and let’s just imagine for the moment that all of the other bits and pieces come up easily with the mainland, the entire ganglia can be set down . . . I don’t know, let’s say wherever the world map says North Atlantic Ocean, a stretch of water that only freighters frequent, that cruisers cross, plus maybe the occasional lone and courageous rower.

Then what? Out of place and out of context, would Italy remain Italy? Or would it start to change now that its inputs and perspectives derived from its fresh location? I want to structure the imaginary a bit using a place matrix I developed long ago, one in which a place both forms and is formed by ten distinct yet intermeshing processes: lithosphere, aquasphere, atmosphere and biosphere on the so called natural side, and economy, politics, society, culture and technology on the so called human side, with history and the future, in the form of imagination and anticipation, conditioning the entire process of place formation.

Obviously the environmental context in which the new Italy, the Italy Set Free, L’Italia Liberata, would be different, something akin to the Azores, perhaps, but more severe, more desolate. True, the landmass of Italy would still be the same, but soil is a living document, a strata that changes over time as its inputs change: new air and water and by extension new plant matter. So there may still be soil and therefore grass and therefore cows to eat it, but their milk would be different and so too would therefore be Italia Nova’s parmigiano reggiano.

Let’s switch to the human side. Economy? The term ‘cottage industry’ comes to mind. Somehow I think the country’s international trade would be disrupted, at least temporarily, and Italy and its Italians would find itself to be peculiarly self-reliant, think Geppetto back in his workshop carving a new Pinocchio. Eventually trade might pick up again, but who would the new partners be? Remember, the nation is now an island, and a mobile one at that, no longer fixed to the earth’s crust. Florida? Iceland? Neither prospect seems particularly promising. But maybe the ‘fine Italian hand’ would work its genius also in its new setting, turning coconuts and seaweed, or whatever it might encounter, into something delicious and beautiful, just as it did in the past? Or, are Italy and Italians inseparable? Outside of the Mediterranean and its bounty, its sunshine, its salty mien, how long would Italians remain Italian?

Politics? Well, immigration would cease to be a problem. But what of internal divisions? Would those go away? What if surging Atlantic currents, let’s say the newly turbulent Gulf Stream, which really is changing in its course and composition because of climate change, turns Italy topsy turvy, so that Sicily is now the north and Lombardy the south? Would it matter?

This brings us to the social, in terms of identity. Would the new Italy become the new New Zealand, the new Australia? How would being an island instead of a peninsula affect the way it sees itself and the way the rest of the world sees it? Sicilians and Sardinians would be of help negotiating these new waters.

Would Italians and the rest of the world be nostalgic for the old Italy, for the Italy of the Mediterranean, projecting itself like an earthy thermometer into the roiling mix of the troubled and troubling sea, the source of so much of the world’s chaos and culture? Or would everyone look forward, to a new Italy, one set free of many of its troubles but also cut off from its historical influences, yet now connected to new ones, changing ones, variable ones?