Ask An Italian: How Do Italians Feel Towards Russia And China?

Russia and China are the two spectres of the West, but how Italians feel towards them is a different story. 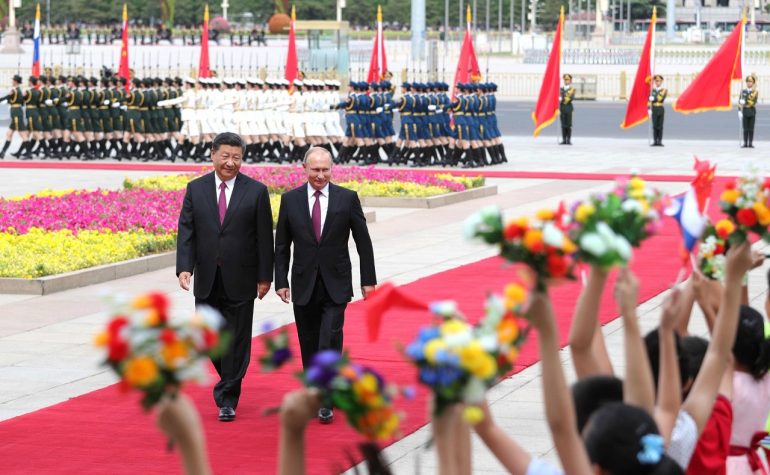 Not want to start a war. This is what I wonder: what is the general sentiment of Italian citizens toward countries which seem to be insinuating themselves into Italy’s affairs such as China and Russia? Thank you.

Italy, like all European nations, has a troubled relationship with China and Russia. Both are seen as the principle threats to the Western, Euro-Atlantic order and yet, particularly in the case of China, they are two powerful trading blocs with which it is necessary to come to terms. When attempting, therefore, to take the measure of a general Italian attitude or, if you like, ‘feeling’ toward these countries, one has to distinguish between political and social dimensions.

To begin with China, any feeling towards it and its people is no doubt colored by the exposure of many Italians to a recent influx of Chinese immigrants. The first large wave of migration to Italy, and indeed Europe, occurred during the 1990s and early 2000s, when a severe industrial crisis in the north-eastern provinces of China forced many inhabitants to move westwards. On reaching Italy, many settled in Lombardy and Piedmont, where more than half are currently resided. Of an approximate total of 300,000 legal Chinese residents, up from a mere 400 in 1975, over a quarter are peculiarly concentrated between the Tuscan cities of Florence and Prato.

For the most part, these residents are involved in the commercial and restaurant industries. You will find Chinese-run corner stores or take-away joints in almost every town across the peninsula. Local inhabitants have grown quite accustomed to these changes, and, on the whole, the two communities keep to themselves, never mingling except for a money transaction. In larger cities such as Rome, Bologna, Turin or Milan, Chinatowns have sprung up near the city centres, but these too are cultural enclaves, with no great linkage to the wider society beyond trade. In 2007, after a Chinese woman was fined in Milan for carrying illegal goods, members of the community protested against the police by waving flags of the People’s Republic of China. I do remember being in that same city once and seeing a man of Chinese origins who not only spoke in the Lombard vernacular, but was also walking hand-in-hand with his Italian girlfriend. The realization that this scene of everyday life stunned my senses was itself evidence of the deep social chasm between two peoples on the same soil.

Then, feelings of resentment and suspicion on the part of the locals are largely due to Chinese dominance over the textile industry, which takes the form of insular and tightly-knit microeconomies operating within the walls of many Italian cities. This phenomenon is especially severe in the Medicean township of Prato, which was once famed for its cloth exports. Here lies the largest proportion of Chinese-run businesses than in any other city on the continent, and the chief reason for their success has been their ability to exploit privileged import channels linked directly to mainland China. The resultant crushing of local competition, along with the creation of an underworld of prostitution and human trafficking, has done much to coarsen the mood of the Pratesi toward their new neighbours. Sentiments such as these are by no means common, but they do lie beneath the surface, and the hysteria generated by the COVID-19 pandemic resulted in some instances of racial bigotry.

At the political and diplomatic level, though, Italy’s relationship towards China is exceedingly warm — perhaps even too warm. On March 23, 2019, Italy officially became part of the Belt and Road Initiative, the first G7 country to do so. Trade between the two countries amounts to 33 billion euros, and in 2019, before the intervention of the USA, the then Italian government was about to agree to a potential collaboration between the Italian Space Agency and the China National Space Administration.

In 2020, Italy and China celebrated the 50th anniversary of their diplomatic relationship and were meant to celebrate the Year of Tourism Italy-China, now postponed to 2022. A line-up of events and celebrations had been organized for both, which had to be cancelled amid the pandemic. Italy also came closer than any other European nation to allowing Huawei to set up its 5G infrastructure, causing a flurry of panic in Washington. There is a tendency among the Five Star Movement (the largest group in the Italian parliament) to be sceptical of American hegemony, which in effect means substituting the influence of one superpower for another.

The attitude to Russia and Russians is quite different. There are very few immigrants, and most are either descendants of the Tsarist aristocracy exiled during the revolution, and therefore wholly integrated, or sons and daughters of Russian women married to Italian men — you don’t tend to find the reverse being the case. A great deal of money from the wallets of Russian oligarchs finds its way to the Resort and SPA industry and the luxury real estate market, and many couples and families flock to the Tuscan coast during the summer.

It must be said that Russia, unlike China, occupies a distinct place in the collective Italian psyche. As is well known, arms and equipment were supplied to the Partigiani by the Soviet Union in the fight to liberate Italy from Fascism, and during the subsequent Cold War, the Italian Communist Party was the largest and most loyal to Moscow in the entire NATO block. Many Italians still have memories of that history, and that might be the reason why so many ravel to Moscow instead of Beijing for a holiday to the East.

The two countries enjoy a ‘privileged’ relationship. Italy is Russia’s second most important trading partner in the EU, after Germany, and its state-owned energy company, ENI, has recently signed a large long-term contract with Gazprom, the Russian state-run gas supplier. The Silvio Berlusconi Governments (2001–2006 and 2008–2011) strengthened Italy’s ties with Russia, due to his personal friendship with President Vladimir Putin. Both the Five Star Movement and the Northern League have criticized the American sanctioning of Russia following its invasion of Crimea in 2014.

Thus both China and Russia are important in their way, but I suspect that the attitude toward the Chinese community in particular will worsen in the coming years, especially following the calamitous economic crisis which Italy is currently suffering. But it will also make the temptation of calling on the aid of cheap Chinese credit ever more tempting.