The Crisis Of Italian Contemporary Art

The Italian art industry has wrongfully questioned how essential contemporary art is compared to classical art, throwing one of our fields of excellence away. 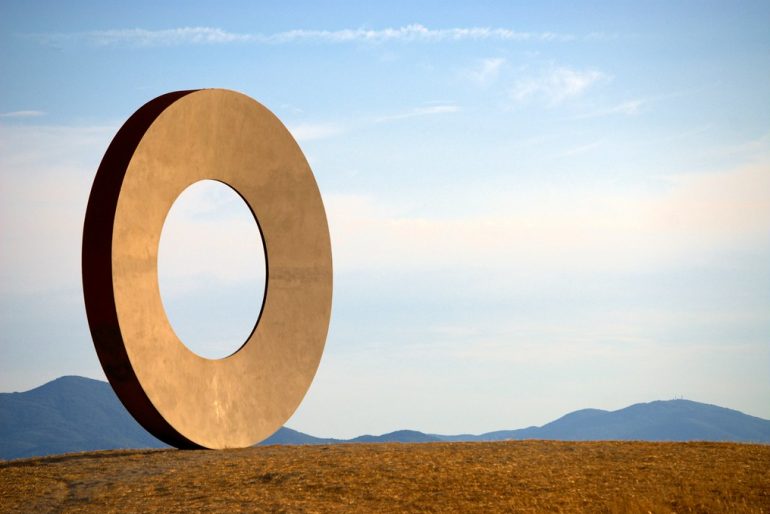 Leonardo da Vinci, Michelangelo, Filippo Brunelleschi, Donatello, and Giotto. The hallmark of Italian art spreads across the globe, allowing the international audience to marvel at the beauty its artistry has imprinted over the years. From the coveted Mona Lisa and The Last Supper of Da Vinci to the marble sculpture David of Michelangelo and painting The Creation of Adam of Michelangelo, the richness of Italian art has tested time and history, displaying grit in the notion of longevity and cultural cult. Despite the grace of the world upon its arts, Italy, most especially during the pandemic, has had its contemporary and classic art crisis, causing a nationwide dilemma that has led to petitions, worries and a hope to a new beginning.

The issues concerning the contemporary art crisis in Italy are layered in multifaceted features: the understanding over contemporary art as opposed to traditional, which is considered as a global phenomenon, the take-over of the megas, or large commercial art galleries, affecting the small and medium art galleries, and the political effect of the pandemic in the culture of Italian art.

The art industry in Italy and across the globe has questioned how essential contemporary art is compared to classical art. There is a lingering question on how one may or should understand contemporary art, reasoning out that its visual interpretation or aesthetic may often hinder the understanding of the viewer. It is not much about the difficulty of understanding the modern approach to art, but the essence of its creation. The accompanying descriptions of the art pieces have also confused the readers as they attempt to integrate the artist’s vision into the art they are viewing.

In Mauro Staccioli’s body of work, a sculptor from Volterra, geometric shapes in sculpture permeate through his artistry. In 2016, he built a pyramid-shaped installation at Villa Pisani Bonetti, Bagnolo di Lonigo in Vicenza. The work imagines the tip of a pencil, pointed and sharpened, in orange color, projecting towards a trunk of a tree and wedged between two trees on a green field behind the Palladian building of the property. The steel-clambered sculpture is perceived as an intervention, which is further described on Staccioli’s website as “The work for the Villa Pisani illustrates Staccioli’s artistic focus on context, which has never been surpassed in terms of uniqueness and consistency. He forms a creative relationship with the Palladian building, adapting what is for him the invention of a new form to some of the vectors and dimensions of the site. He has chosen to work on the fringes of the space around Palladio’s building, ideally relating to the left-hand corner of the main façade. Looking at his sculpture from the building, we can see how it forms an imaginary bridge between two great big trees, optically fitting in between them, and also creating a physical relationship with the perimeter wall.”

Within this perimeter, the contemporary art in Italy, despite being one of the largest cultural heritages in the world with 50 UNESCO sites, 3,400 museums, and 2,000 archeological sites, not only lags behind in comprehension, but also in selling its modern approach to the public. Arte Povera stole the limelight in 2014 when Eyes Wide Open: An Italian Vision earned a profit of about 38 million pounds at Christie’s, but other than that, the Italian contemporary art has yet to fight its way into the charts. On a list of 500 most appreciated global artists in 2013, Stingel Rudolf was the first Italian as he took the 20th place, aligning himself with Maurizio Cattelan as an artist who has been able to sell their art pieces abroad for more than a million euros.

In an interview with La Voce di New York, Cecilia Alemani, the director of the High Line program, shared how the United States viewed art as a good and trade while Italy considered art as a cultural movement, leading to an industry gap in the Italian system. “Museums are in a desperate situation; there are very few non-profit foundations; and there are no alternative spaces where artists can work and show their creations outside of commercial galleries. Because of this, an artist who decides to stay in Italy has less opportunities to grow and gain respect compared to an artist who chooses to travel abroad,” continues Alemani in the interview.

Aside from the crack in the Italian art system, the country has also been confronted by the battle between commercial versus small and medium art galleries. The art system of Italy pinpoints the institutions that train the artists, taps museums and collectors and involves museums, fairs and auction houses, where galleries become the center artists employ to display and sell their art pieces. This art system has been stomped on by the multinational galleries and trade and art fairs that dominate the art activities and diversify their offers to the public to better suit their taste. In this trap, the small and medium-scale art galleries may fend for themselves to survive in the market.

To add pressure into the roadblocks, the pandemic has aggravated the situation with the continuous lockdown and lack of substantial support from the Italian government. In an article on Wanted in Rome, the decree in November 2020 on the closure of museums and exhibitions excluded private galleries, which are considered as commercial spaces. While one may think that this could bring in income, the lockdown situation hinders such thinking as the lack of tourists and locals visiting galleries and art shops restrict their earnings. In the article, Spazio40 Galleria in Rome shared how difficult it was to reach the decision of closing the gallery until the lockdowns simmer down. One of the owners also expressed how foreigners had a different art education in their countries, paving a way for them to appreciate cultural pots such as Italy. In his words, “Nine out of ten visitors are foreigners as for an average Italian, a gallery is not the place to be in.”

To exacerbate the maelstrom of crisis, art and cultural figures across Italy such as MaXXI Museum in Rome and the civic museums in Venice are voicing their sentiments to the Italian government to create a national fund for culture. According to a write-up on The Art Newspaper, the advocacy group Federculture launched a petition to echo their endorsement on the continuity of the Italian culture, including the arts, as an oxygen to the grave and dwindling situation during the pandemic. The government fund should aim to guarantee open contributions from all citizens who want to support the cultural sector of the country at the height of the emergency. Confindustria Cultura Italiana, the Italian federation of the cultural industries, calls upon the concrete actions of the government to financially support museums, galleries and exhibitions as they attempt to salvage their finances and flow of visitors.

The question of comprehension over the dubbed masterpieces intertwining with the art of dilemma affecting the home to many global-esteemed artists and the deaf ears and blind eyes to the woes of the art movements and communities. On the land of swarming cultural traditions and heritage, the flag of the contemporary art market gradually spiral down amidst the longing to make ends meet. As the rough bumps of the contemporary art in Italy perseveres, the setbacks continue to flow, nudging national and local communities’s support to resuscitate its life.