The Better Part Of Italian Indifference

The Italian art of indifference has at its base a certain wisdom, a polite chissenefrega. 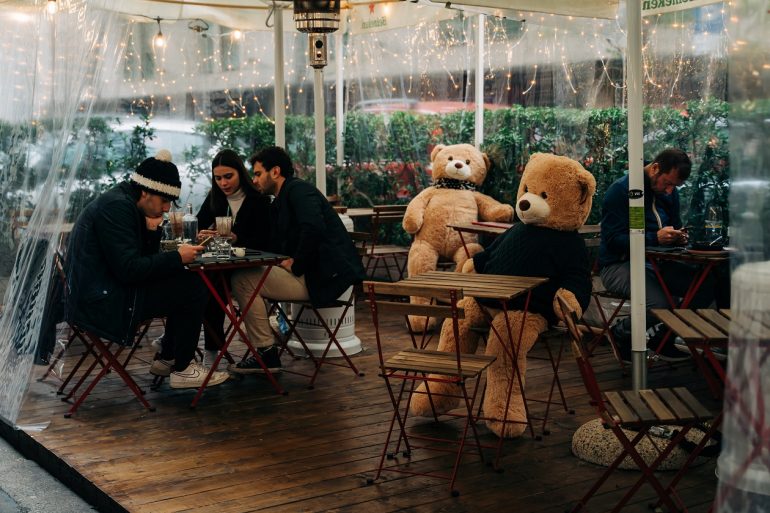 If you are a bear, you are probably better off living in the Italian part of the Alps as opposed to any other part. Why? Is it because Italians are so kind hearted? No. Cowardly? Certainly not. Animal lovers? No, not necessarily — God help you if you are a pig. No, the reason seems to be, conservation biologists aver, is that Italians do not care about you, and they mean this in the best possible way, so not in the sense of negligence, but in the sense of indifference.

While other national cultures propel a kind of anti-bear stance that culminates in policies, programs and practices that chase bears away from towns and nearby forest habitats, for not entirely unsound reasons, Italians have historically just not worried about them all that much. Witness the video that circulated several months ago of a boy who encountered a bear on a steep hillside while he was out hiking in Trentino. The bear seemed curious in the boy but nothing more, assuming that tall sitting posture, nose in air, that is so endearing and characteristic of their group. So the boy was able to walk nonchalantly down the slope toward an older man who guided him calmly and confidently. There really was no better way to respond nor was there even another option: bears outweigh people many times over and, despite their girth and weight, are quite fast. In some countries, such as the United States, the proposed response is a bit different, advising the performance of a choreography of facing the bear, raising your arms to look as big and tall as possible while slowly backing up and, if things get serious, the deployment of chemical agents. The Italian attitude seems to be: there’s a bear, leave him alone, walk away. That’s it. I am not even sure how you would say ‘bear spray’ in Italian.

We find a second instantiation of the same attitude in colonialism. Here Italian indifference took a different form, at least according to some historians: self absorption. Compared to the Spanish in the Americas and the English in Asia, who typically are described as having been driven by religious fervor and monetary gain to varying degrees, the Italian colonial project is thought to have been propelled largely by a desire to create more Italy in Africa, something along the line of the German idea of lebensraum, its plan for Eastern Europe, which seems to have existed more as an ideological fantasy than as a realized geopolitical policy, let alone practice.

Apparently, Italian colonialism is thought to have been relatively less damaging because it was organized less around religious conversion and economic extraction and more around cultural reproduction. Italians, it seems, had a hard time leaving home behind. Again, Italian colonialism was not less impactful because Italians were kinder and gentler, but because Italians were never able to escape their own gravity, weighted down by the glories of both Ancient Rome and the Renaissance, or so the argument goes. In Asmara, for example, which is the capitol of Eritrea, the main locus of Italy’s colonial pursuit, the most lasting legacy of Italian rule seems to be limited to several pieces of now degraded Modernist architecture, including a gas station and a cinema. This is not to make light of Italy’s dark fascist and imperialist past, or understate its appalling abuses — but unlike Spain and England, Italy did not leave a significant linguistic or cultural mark on the African territories they occupied.

So does this tell us anything about our third sphere of interest, terrorism? I have long found it remarkable that Italy has yet to suffer a major Islamic terrorist attack. Over the past several decades, it has suffered from plenty of home grown terrorism but little in the way of attacks that originated from beyond its borders or from ethnic terrorist cells that are nestled in its towns and cities. There were a few attempts, but none of them resulted in any serious damage or injury, either because they were poorly planned and executed or because Italian security forces were able to intervene and disable them before a major trauma or tragedy unfolded. Italy’s experience with Islamic terrorism stands in stark contrast to those of France, Germany, the United Kingdom, where attacks have been greater in both frequency and severity. I am not quite ready to say that terrorists are leaving Italy alone because Italians are just too concerned about other things to attract murderous outrage, but there are a couple of exemplary incidents that I can relate that I think shed some light on the situation.

For obvious geographical reasons, Italy is a major destination for African migrants who attempt to enter Europe by sailing across the Mediterranean Sea. The landings of these migrants on islands such as Lampedusa create serious hardship for the locals and the problem of irregular migration is a major political controversy throughout the nation, with Italian leaders making constant appeals to the European Union for help in managing the problem. So in one register, Italians are not indifferent at all to the threat of terrorism nor to the tangentially related problem of irregular migration, yet media reports on the situation often reveal a typical Italian attitude that might just have an effect on it.

For instance, a common official response to the sudden arrival of these migrants is the construction of temporary compounds where the migrants are held and given a modicum of care. Inevitably, a few of the migrants manage to slip out of these containment areas by hopping a flimsy fence while security forces are looking the other way, eager as they are to head north. But here’s the telling part; after one such escape the armed guard, when asked how he responded, posed a question back to the reporter: “What do you want me to do, shoot him in the back?”

Now, I cannot connect all three of these dots with much confidence, but I think the idea that the Italian art of indifference, sometimes coupled with self absorption, has at its base a certain wisdom, a certain beauty, a polite chissenefrega.