When I came to Italy, I was baffled by the number of young Italians that would still use Facebook to connect. How come their love for Zuckerberg's platform doesn’t die out? 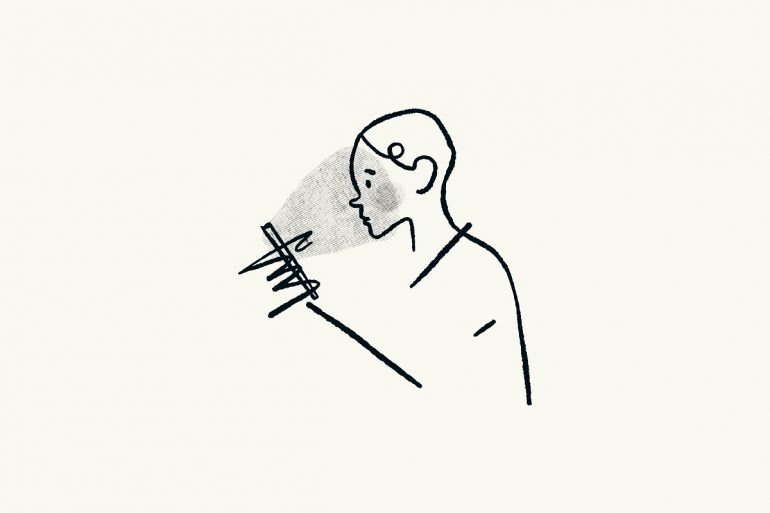 Misinformation on the web. Illustration: Carlos PX, visuals on Unsplash.

Today around 50% of the Italian population uses Facebook. Over the past few years, the platform’s market penetration has increased by 15% — bringing the number of users in the country up to 34 million — and is expected to reach 36 million individuals by 2025.

Nothing extraordinary you might say, given that Facebook remains the most popular social network in the world with 60.6% of overall internet users present on the platform. However, there’s something peculiar tying to Italians Facebook users: their age and use.

When I came to Italy in 2017, I was baffled by the number of young Italians that would still use this social media platform to connect. We would be adding one another on Instagram — which I deemed enough to keep in touch — but I would shortly receive an friend request on Facebook.

Facebook had become the platform where your parents, aunts and uncles dwell, spying on you at every moment while sharing cheesy quotes you would rather live without. As a matter of fact, older generations are present (59% of people in their 50s are active users) on the platform, just like for the rest of the world.

If you are a Millennial like I am, you might have felt the need to escape and have reinforced your presence on other social networks such as Instagram, LinkedIn, or Tiktok (nobody will judge you during a pandemic). While many people have followed my way, in Italy young adults have adopted a different behavior — that is to add new platforms to their Facebook activities instead of drastically limiting their use.

According to a 2019 Statista study, 65% of Italian Facebook users are under the age of 35, so they either are Millennials or belong to Generation Z. This means that Facebook remains the preferred platform for social interaction for many young adults in the country.

Business is business. Politics too

Data are facts. However, you might come to wonder — why would Italians use Facebook more than the rest of their peers in Europe? How come their love for Zuckerberg’s platform doesn’t die out?

Maybe because Italians are social creatures more than anyone else on the continent. Alongside other countries overlooking the Mediterranean, Italians have a great need to connect, gather and spend time altogether. Or because old habits die hard. Whatever the reason is, one can count at least two major consequences.

In terms of business, the presence of a young target audience calibrates social media ad spending and ties into larger and more complex market trends. 93% of businesses on Facebook use ads to expand their audience and customers. The platform is gradually becoming a discovery platform with more and more modules to interact with customers and incentivize them to buy a product. Users are not just spending time on social media to connect with others, but also to browse and find inspiration — and understanding the interests and needs of customers is useful for marketers and for companies using Facebook to increase sales among a younger audience.

While markets and finances greatly influence societies around the world, the same can now be said for social media. Scandals such as the one involving Cambridge Analytica have shown the use of social networks such as Facebook can lead to an impactful political change, as in the cases of Brexit and Trump’s election.

In that regard, the political propaganda of certain Italian parties on the platform is more likely to reach younger voters among the general public opinion — and this is something to be aware of. While Twitter and LinkedIn have taken measures to hinder biased, party-based political communication, Facebook still allows the free use of political ads, which will be more or less effective depending on the budget one inputs. On top, free influence keeps rising and, on the good side, sometimes fights fake news.

One thing is sure: the world of social media evolves as fast as its algorithms. It would be interesting to keep in mind this Italian peculiarity in a few years’ time, when new platforms will have developed and the way to communicate will have adapted to new formats thanks to the younger generations.