Stanley Tucci, actor and epicure extraordinaire, takes his viewers on a culinary and cultural excursion to six of Italy's regions. 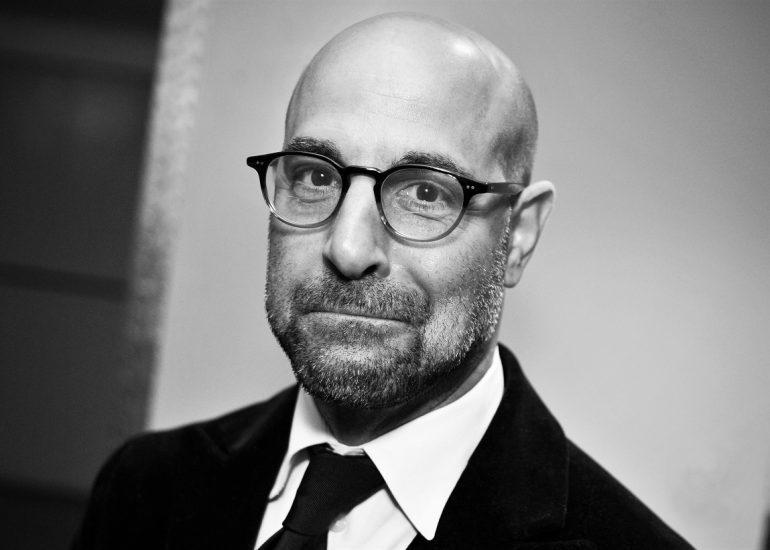 International travel has been heavily impacted by the social distancing and lockdown measures of this last year. For a population starved of travel and adventure, Stanley Tucci’s Searching for Italy comes at an opportune time. As a second generation American of Italian heritage, the actor holds a deep appreciation for the country’s cuisine. Viewers have the opportunity to vicariously experience — and eat — with Tucci as he visits six of Italy’s regions. Along the way, Tucci meets with food experts, artisans and even activists, following each meal from land to plate. The documentary serves to not only get tummies rumbling, but to explore the contemporary history served with each dish.

Tucci is best known for his roles in films, such as The Devil Wears Prada and The Hunger Games series. However, in recent years, he has also stepped into the culinary world, publishing his own cookbooks (The Tucci Cookbook and Taste) and establishing Instagram fame with his instructional video making the perfect Negroni. His passion for specifically Italian cuisine is rooted in his family history: his grandparents were calabresi. Tucci’s immediate family lived in Florence for a year, where he picked up conversational Italian and his mother perfected her cooking skills. Tucci fondly shares stories from his childhood, and his parents even join him for a meal in the Tuscany episode.

The American channel CNN picked up Searching and filming began in 2019. Viewers join Tucci as he visits six Italian regions, but not with the idealist lens to which many shows about the Bel paese are prone. Instead, the series endeavors to explore each region in an authentic and organic manner. The vibrant colors, breathtaking landscapes and sumptuous food are tempered by the country’s pressing economic and political issues. For instance, Tucci’s fishing excursion on Lake Como is promptly followed by pan-fried perch with a side of Salvini critique. As such, the culinary tourism documentary is multi-faceted and complicates assumptions viewers might have about Italy.

One of these assumptions is Italy’s homogeneity. The country’s cuisine is stereotypically known for its pizza and pasta, the country’s people known for their passion and pride. Tucci’s mission is not to disprove these beliefs — namely because they hold water — but rather to present the culinary and cultural nuances of Italy. As a country, Italy is fairly young considering it was only unified in the mid 19th century. Therefore, Searching viewers will quickly realize that Italy is a country of dichotomies: modern and traditional, urban and agricultural, progressive and conservative. Each episode paints the peninsula as a country composed of many distinct communities.

Take the Sicily episode. Tucci dines with Sicilian royalty, hosted by Princess Stefania di Raffaldi. The palace is adorned with ornate furniture and regality, and dinner is just as formal. A few scenes later, our host meets with a couple that fosters migrant orphans who have arrived upon their shore. They enjoy a modest, yet no less delicious, meal in their home together, demonstrating the diversity of the Sicilian community. Searching moves seamlessly between societal spheres, as each contributes to the cultural fabric of the region.

In Milan, Tucci spends time with Beppe Severgnini, Italy’s answer to Bill Bryson. Severgnini explains that while Milan is a progressive, industrious city, the surrounding Lombardy region identifies with right-wing politics. The region is not only politically diverse but also socioeconomically. Tucci dines with the uber-wealthy Missoni family at their villa before he joins the working class folks at Osteria del Treno. Despite their differences, the people of Lombardy remain bonded over their shared regional dishes: pizzoccheri, polenta and cotolette.

Tucci’s visits to Rome and Florence explore Italy’s mix of modernity with antiquity. In the eternal city, Tucci makes sure to sample the historic carbonara and carciofi alla giudia, but also works in time to savor a young chef’s new take on offal cuisine (think beef heart and tripe). Similarly in Florence, the show leaves viewers salivating over a classic bistecca alla fiorentina and aching for a glass of chianti. Tucci also attends the traditional ‘wheat threshing festival’ in the small Tuscan town of Ponte Buriano, where the village’s agricultural history is celebrated with a large community feast. Cut to an upscale gala back in Florence where Tucci samples “reimagined Tuscan dishes,” such as panzanella. The traditional cuisines of these regions are unifying, as they not only represent the past but also the future.

Naples, home to ‘la vera pizza’, is portrayed as a community that looks out for one another. The struggle between organized criminal organizations and authority forces continues even to this day, and unemployment, especially among Romani migrants, is dire. However, grassroots initiatives, such as the practice of caffe sospeso and a restaurant that hires both local Neapolitans and Romani, are moving the community in a positive direction — and illustrating the power of food.

Searching’s Bologna episode takes viewers from a Cucina Popolare (People’s Kitchen) site, where meals are provided for the city’s most vulnerable, to tasting parmigiano with Massimo Bottura. The region represents a diverse array of Italians; however, they come together over their most prided culinary delights: mortadella, tortellini, prosciutto and balsamic vinegar. Tucci also visits Rimini, a coastal town home to famed director Federico Fellini. It is in this scene that the host notes, “[Italians] are fiery, passionate people driven by their hearts — and stomachs.”

Tucci’s Searching for Italy does not succeed in defining the country’s singular identity. More exciting, though, is the vast variety of peoples and plates he discovers on his journey. Though seemingly divided in some ways, Italians are able to come together at the dinner table, thus demonstrating the unifying ability of food. As Fellini once said, “life is a combination of magic and pasta,” and maybe, at the end of the day, that is all it takes to bring people together — a little magic and a lot of pasta.