Carlo Masi helped Italian migrants cross the oceans to the US and Australia. Yet, he remained in Calabria. 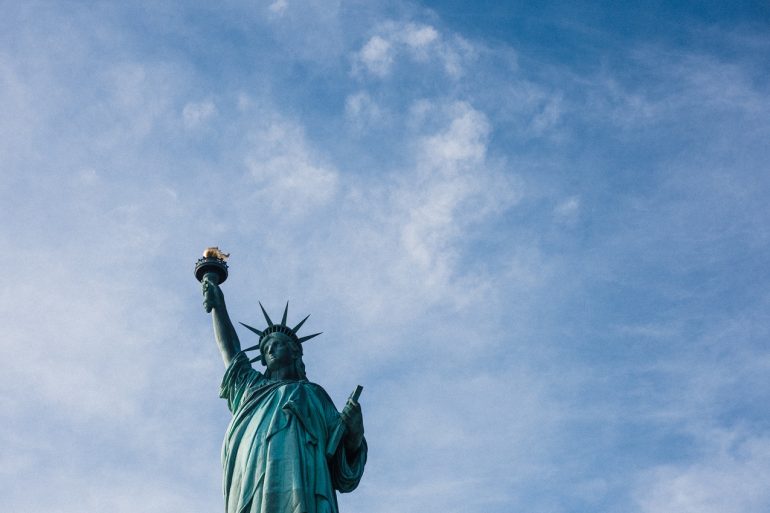 By the time the MS Achille Lauro burst into flames, split, and sank off the coast of Somalia in December, 1994, it was perhaps the most famous boat in Italy. Built in Holland as a passenger liner, its history was full of drama: changes of ownership and financial difficulties, a political hijacking, a crucial role in rescuing British soldiers from revolt in Aden, and numerous fires. And since the fire in 1994, in which four people lost their lives, the wreck has never been retrieved from the bottom of the sea.

Yet, the Achille Lauro was, throughout its life, a regular boat, however grand. Large luxury intercontinental voyages, the renowned ‘floating palaces’, had become a feature of sea travel from the beginning of the 20th century. Lauro was mid-range in capacity (as these palaces went), and it was typical in accommodating the three main customers of peace-time sea travel: tourists, businesspeople, and emigrants. Three groups of people, housed on different levels, who were never allowed to mix.

While the Achille Lauro is now remembered for its glitz and drama, the boat’s reality was of human movement and social change, as people from the south of Italy packed up their lives and moved across the world.

Carlo Masi, a producer of drapery from the village of Gizzeria, Calabria, was at the center of this process. He was the Achille Lauro’s agent for emigration in Calabria. And while he played a crucial role in facilitating transatlantic travel for emigrants and families from Calabria in the post-war period, he remained in Italy, to bring modernity to his rural village. This is his story.

Who was Carlo Masi?

Carlo Masi was born in Gizzeria on September 9, 1913, to a family that was well-to-do by the standards of the time. The Masi ran a drapery business and supplied the women of the town with the cloth for the local costumes that they then wore. These required many meters of different cloths and each town and village had its own color combinations. As a result, Carlo frequently went to Naples to look for and buy the latest in lace, silk, cotton and wool for the female clientele who trusted his taste and bargaining skills.

It was in Naples that he began to help locals who wanted information on how to organize their departure for destinations in North and South America and Australia. He contacted an agency that booked passages for emigrants on the Achille Lauro and was soon accredited as one of their sub-agents for Calabria.

He proved to be a good agent, yet there were many difficulties involved in his role. One of the most frequent and complex departures was that of an entire family being called over by the head of the family who was already there. They had to prove he had a job as well as the means to sustain the whole family.

Regarding the USA, individuals requesting to leave only qualified if they had a contact who could vouch for them. The mayor of the town would usually write a letter of reference which was almost as valuable as a passport. However, there was a quota system for European countries. Permits were granted based on a set of paradigms, one being, the demand in the host countries. America was experiencing an unprecedented building boom and the construction industry was crying out for builders, bricklayers, carpenters and manual laborers (while in Argentina the emphasis was on recruiting men with farming skills).

There were many reasons for the recurring waves of emigration from southern Italy. A first major wave at the end of the 19th century was brought about by the near collapse of the internal grain market as a result of the admission of grain from Russia and the USA on the open market. This was rectified in 1887 when import tariffs and protectionist measures were introduced. However, France also introduced its own import tariffs so the Italian export market for foodstuffs was hit. In 1908 a severe earthquake hit the south of Italy and, again, emigration was the solution to the social unrest that followed.

Emigration was temporarily halted in the 1920s by Mussolini’s expansionist policy in East Africa. He blocked mass emigration and in 1927 conscripted almost 150,000 southern Italian men for a three-year contract in Eritrea. This contract was not renewed and the outbreak of The Second World War stemmed mass emigration until the war ended in 1945.

Emigration from impoverished areas was again an accepted way of life. Some schools provided preparatory literacy classes and relatives in America suggested that the families intending to relocate should take such preparation seriously. For his part, Carlo Masi never tired of stressing the importance of a basic education for the families who intended leaving. His advice wasn’t always heeded.

The departure rituals in post-war Gizzeria, Carlo’s home, would have much in common with those in many European countries. The family would host a lunch accompanied by copious amounts of wine, tarantella music and songs. As the evening progressed, the songs would be replaced by weeping and wailing as the emigrants were loaded onto a van or bus that would accompany them to the train station.

On many occasions, Carlo, ever watchful, would have to herd them on board the bus. Missing the train could mean the difference between emigrating and remaining, between hope and desperation.

Those the emigrants left behind

Carlo lived through the traumas and hopes of the waves of emigration that Italy underwent throughout the 20th century. Yet, he never left the south of Italy himself.

His wife, however, did. Rachele Ceranni was from the nearby village of Falerna. Her own family of origin had emigrated to the USA in the 1930s and she had married to a man from Gizzeria. It was her dear wish to join them there with her husband. But he and their infant daughter died.

Rachele later married Carlo Masi and they had three children, Giuseppe, Maria and Tommaso. Carlo, too, thought of reuniting her with her family and he discussed this with the agent who offered him a bonus round trip to New York to visit Rachele’s family and see for himself if that was the path to follow. He spent a month there while Rachele looked after things in Gizzeria. The visit helped him make up his mind and on his return he told his wife that, after he’d seen the conditions in which many paesani were living and how they were struggling to make ends meet in their host countries, taking his family to America was out of the question.

Instead, they would eke out a livelihood in Gizzeria. He advised men on the hazards of emigration and on the need to do their utmost to look for an alternative. In later years, Rachele did visit her mother in America and her sister also returned to Gizzeria on a few occasions so contact was not lost.

The Masi family and emigration today

The rapid growth of the Travel Agency in the 1960s and 1970s meant the need for the services of local sub-agents dwindled. And, in 1957, air travel surpassed sea travel between the USA and Britain. As a result, rather than emigrants, Carlo dedicated himself to his work in the drapery business.

His son Tommaso became a partner and later expanded the business to nearby Lamezia. Maria became a doctor and, along with her husband, founded a Medical Analysis Laboratory in Lamezia too. Giuseppe, a history teacher and researcher, instead dedicated his life to studying Socialism and Reform in Calabria. The subject of his Research thesis was The Great Emigration from Calabria to the USA. The first-hand information passed on to him by his father was, by his own account, the foundation of his curiosity about a multi-layered and subtle topic which he still writes about as Honorary President of ICSAIC, the Istituto Calabrese per la Storia dell’Antifascismo e dell’Italia Contemporanea.

Ironically, the new-wave of emigrants from Calabria are the educated, ambitious young people who move mainly to the more prosperous north, but also abroad eager to measure their strengths on a level international playing field.

Among these emigrants are all six of Carlo’s grandchildren. Behind them they leave the new, often barefoot immigrants from many parts of West Africa surviving in dismal conditions in Calabria so they can earn enough in manual agricultural labor to send some money home. They dream of the day that they can move to Northern Europe and acquire a permit so that their families can join them and start a new life in what they believe is their Eldorado.