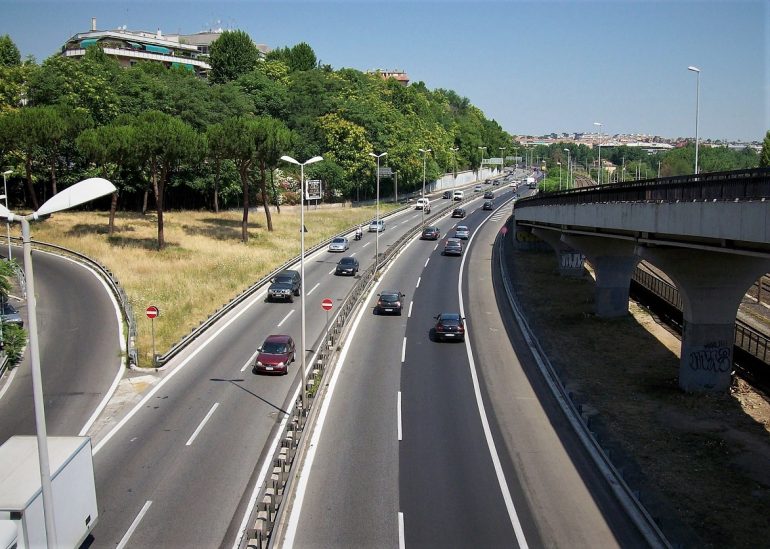 Every so often Mr Longhi, who is a house mover and hauler by profession, takes a load of used furniture to a dealer, Massimo Ceccarelli, with whom he has cultivated a relationship over the years. The dealer restores and sells the furniture to customers in and around Perugia, where his workshop and showroom are located. Mr Longhi acquires this furniture from clients who no longer want the pieces. He removes them from the client’s old home with the other things, but instead of taking them off of his truck at the new location, he simply retains them and stores them in his warehouse until he has enough for a full truckload to take to Mr Ceccarelli.

Mr Longhi did not have the habit of keeping an eye on his truck when it was parked in this particular location. Other parts of Rome, yes. Napoli, or any other city with which he was unfamiliar, most certainly. But here out in the outer reaches of the capitol, the scene was comparatively quiet, so rather than turning to face the front window of the bar, with his right elbow propped up on the counter, he turned his back to it, and rested his left elbow there instead, where he could watch the flickering blue light of the television as it presented bits and pieces of news one after another. Mr Longhi never got over the wonder of the world, even as it appeared outside of his warehouse or from the cab of his truck, so the ability of television, something with which he had of course grown up with, continued to strike him as a miracle, as did air flight, as did coffee, as did everything.

Mr Longhi liked this bar because nobody ever said anything past that which was strictly necessary, and since Mr Longhi was a longtime and well known client of the bar, words were not needed even for his order; his mere arrival was enough to set the barista, whoever it was at the time — the daughter, the mother, the father, the son, the holy spirit — into motion to pull the single shot that was always Mr Longhi’s desired drink, whether it was what Mr Longhi wanted at the time or not, since the relief of not having to utter a word was to be treasured over what trivial difference there might be between it and a macchiato or americano or whatever might have otherwise appealed to him at the moment. The lack of choice afforded by the bar was liberating, soothing and reassuring.

Mr Longhi paid his tab and left, the simple and singular euro coin plunked down on the worn metal top of the bar, and then turned to head back to his truck. He tapped the edge of the coin twice on the counter before laying it flat, a sort of Morse Code to alert the barista that he appreciated his service and was now leaving. That Mr Longhi was feeling a bit talkative that day revealed his high humor, which was a mix of anticipation, anxiety and excitement at the prospect of the two hour road trip that he was about to take, five hours if he were to count the time spent with Mr Ceccarelli and the return trip home.

Mr Longhi climbed into his truck and started it. It shook to life with a loose waggle under the hood that worked its way all the way back through its bed, shaking the canopy that stretched above it, suspended on a series of rectangular ribs, like a dog drying itself. Mr Longhi thought another metaphor, no, simile, would be better, but then he considered how often newly invented expressions, contrivances really, were inferior to well worn ones, and how often the promise of novelty turned out empty. He could watch a dog shake itself dry and never tire of the spectacle that it created. There was another fine thing, a spectacle, in a street, on a face, a wonderful word that had somehow taken on a negative meaning, which was fine, but one which Mr Longhi would never allow to discolor the positive meaning that the word held for him.

Mr Longhi opened his door and hopped down from the cab of his truck. He shook hands with Mr Ceccarelli and the two of them walked back to the end of the bed where Mr Ceccarelli helped Mr Longhi lower the tailgate, each one wiggling a bolt loose from its box and then lowering the gate gently to its flat position, the chains that stretched between the frame of the canopy and the corners of the gate forming identical triangles on either side.

— Looks like you caught a little rain. Mr Ceccarelli.

Mr Ceccarelli pointed to the canopy, specifically the third span in from the gate, the second one back from the cab. Mr Longhi hopped up into the bed and took a look.

Mr Longhi took a broom and raised it briefly handle first before reconsidering what its effect might be on the canvas, and then flipped it upside down. He prodded the shadowy depression, gently at first, and then with a bit more pressure, so that he slowly turned the concave form into a convex one. He heard a tumble, like a jack across a drum, and then heard something hit the ground.

— Una pigna. Mr Ceccarelli, holding it up for Mr Longhi to see.

Mr Longhi picked up his broom again and prodded the puddle once again. This time in one long sustained and more forceful jab. Slowly a cascade of pine cones slid off of the canopy and pitter patted onto the ground, which caused Mr Ceccarelli to once again disappear around to the side of the truck, to see what it was that had fallen.