Will Italians Get Their COVID-19 Vaccines This Year?

Quarrels between the Brussels and pharmaceutical companies revealed the problems with the EU's and Italy's COVID-19 vaccine rollout. 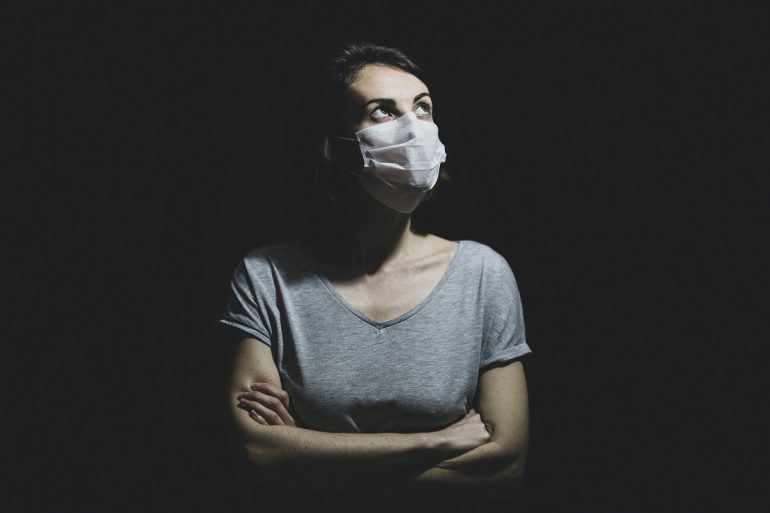 Last week, prime minister Mario Draghi blocked the shipment from Italy of 250,000 doses of the AstraZeneca COVID-19 vaccine to Australia. As a result, he made Italy the first country to stop vaccine exports under the new European Union’s controversial authorization scheme, and showed that the EU meant business. According to the brand-new policy, drug firms failing to meet their obligations to the EU will get the red light on international trade.

Despite intense criticism of the maneuver from some quarters, Italy enjoyed the backing of the European Union and its states. France, in particular, stood strongly alongside Italy, with its Health Minister Olivier Véran stating that a new halt on exports from France is on the table.

There is no doubt a lot of noise and controversy. But what’s going on with COVID-19 vaccines in Italy?

The vaccination effort in Europe

The Italian vaccination campaign largely relies upon a common European strategy. In June 2020, the European Commission agreed a joint vaccine approach to grant doses to every member state. Speaking in the name of European solidarity, Commission President Ursula von der Leyen decided to put EU cooperation ahead of the greater ability for individual states to plot their own vaccination paths. The stated aim of the shared scheme was to send the message that the single market’s power and the European ideas can stand against so-called ‘vaccine nationalism’.

However, few people would call the European rollout a success. The unfortunate reality for Europe is that its states are now far behind the UK and the US in the progress of their vaccination campaigns. The European Commission’s vaccination roadmap has come under fire for being too slow, bureaucratic, and focused on low prices rather than a prompt response. Nonetheless, it is worth considering that it is hard to bring 27 states on the same page.

As a consequence, delays in the COVID-19 vaccination campaign crippled the member States’ reaction. But given the astonishing speed with which contagion spreads — particularly in the so-called variants — the need for a sharp and fast response is clear, with or without the EU.

The vaccine rollout in Italy

The EU approach has been lackluster, that’s for sure. Yet, the slow rollout is not the EU’s fault alone. Drug firms like AstraZeneca and Pfizer have also breached their contractual obligations, announcing cuts on vaccine supply for reasons of production. As a result, it is plain as day that the immunization strategy in Italy looks gloomy.

Data shows that, as of March 17, there have been almost 7 million COVID-19 vaccine doses administered in Italy. Lombardy gets the lion’s share, having treated more than 1 million. Lazio follows suit thanks to its 700,000 doses. Taking a closer look at statistics and bearing in mind that two injections are necessary to grant full immunity, we can draw that, since the vaccine day kicked off on December 27, 2020, only 2.1 million can be said to be fully protected from COVID-19 in Italy. The campaign is coming up short.

Although vaccines have indeed been fewer than the amount expected, Italian regions have been using only a third of their AstraZeneca vaccines. Shockingly, over a million doses are still stored in refrigerators, suggesting that the country could be doing much more.

As it was argued that recommendations on AstraZeneca were too open to question to allow regions to administer more doses, eventually, a memorandum by Health Minister Roberto Speranza was required to dispel any doubt. After much delay, AstraZeneca was given the go-ahead to over 65s.

A judgment over Italy’s ban

In the context of Italy’s wider vaccine rollout, Italian’s injunction against exporting 250,000 COVID-19 vaccines to Australia does make sense. Shipping doses outside the Union hardly makes sense when a drug firm doesn’t keep its end of the bargain. According to a statement by Ursula von der Leyen in which she justified the policy, AstraZeneca didn’t meet its obligations, delivering only 10% of the amount of vaccines due to Europe.

Besides, criticism of protectionism over vaccines — and ‘vaccine nationalism’, the precise thing that the EU was trying to avoid — is unfair. One of the backbone principles of the Union is the free market, and the EU shouldn’t bow to such blame. Only grim circumstances like a pandemic could lead the Union to do an about-turn on one of its cornerstones like free trade.

Meanwhile, Australia isn’t facing a pandemic crisis quite like the European Union. About 900 deaths since the beginning of the pandemic are far less than the dramatic 100,000 death toll in Italy. Considering the numbers at stake, I believe that Italy sensibly flexed its muscles.

The future of Italy’s vaccination program?

Ultimately, it seems pretty unlikely that anyone in age groups is going to get their injection soon, other than the priority demographics.

Events this week have only confirmed this gloomy outlook. States across the EU, including Italy, Germany and France, suspended AstraZeneca’s shots as a precautionary measure due to the possible risk of side effects, including blood clots. This was despite medical authorities across the world and European drug regulators all recommending the continuation of the vaccine program. According to the director general of Italy’s medicines authority AIFA, Nicola Magrini, the decision was political.

Sadly, the suspension of the vaccine is going to significantly damage vaccine confidence even further in what has been described as the world’s “epicenter of vaccine skepticism,” Europe. With a third wave of coronavirus hitting the Union, this really matters. Meanwhile, the UK sees a chink of light, as 11 million doses of AstraZeneca have played their part in a dramatic drop of deaths and contagion rate. There, the number of blood clot cases reported after the vaccine is actually lower than the numbers expected among the general population.

Considering the slow pace of the Italian vaccine campaign and the halt on AstraZeneca, which was due to deliver 25 million of doses to Italy by June, this year doesn’t look bright. I have just learned, using Italy’s COVID-19 vaccine calculator, that my turn will eventually come in 2022. It is too depressing to believe it.