Despite the many obstacles, Italy's wow effect could be key to winning the Eurovision Song Contest. 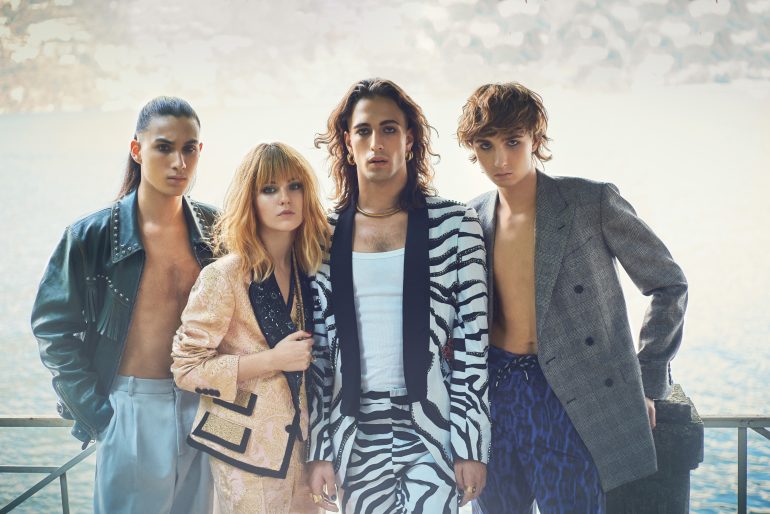 The last time Italy won the Eurovision, it was 1990. Before Toto Cutugno and his song Insieme, we had won only once, in 1964. While we often finished in the top 10 and sometimes on the podium — with Mahmood placing second in 2019 — Eurovision for Italy has largely been a mediocre experience.

That’s often been explained through the problem of the language barrier. This is the difficulty of making a song with Italian lyrics appreciable to a European and international audience. 17 of the winners since 1999 have sung in English, compared to 4 in other languages. Indeed, unlike other countries, which mostly sing in English, the Italian participants, as winners of the Festival of Sanremo, mostly present songs with Italian lyrics. This is true of Måneskin, whose song Zitti e Buoni will be the Italian entry in 2021’s Eurovision final.

However, this explanation may well be an oversimplification. In reality, there are many variables that determine who wins Eurovision, the world’s most-watched non-sporting event — and many don’t have anything to do with music at all. With this in mind, let’s assess the concrete possibilities of a Måneskin victory and the obstacles that stand in the path of a long-awaited gold medal for Italy.

After their victory, Måneskin (‘moonlight’ in Danish) posted a photo on social media declaring that their victory at Sanremo 2021 has been a revolution. Beside the obvious enthusiasm and happiness behind their statement, the facts say they are partially right. There are indeed some pretty revolutionary elements of Måneskin’s act.

First, the song itself. After 28 years, when Enrico Ruggeri won with his Mistero, Zitti e buoni is the first rock song to win Sanremo. A rock song, that speaks of redemption and the power of our passions — and which, eventually, outclassed 25 pop and love songs — is, in the context of the Festival, an absolute novelty. And, yes, it may be pretty revolutionary.

Revolutionary too is the way that Måneskin challenges gender stereotypes and perceptions of young people. Måneskin like men with nail polish and women who play bass. In a Festival — some might say a country — where women and young people are often invisible, Måneskin represent the unthinkable. They include the first woman (Vittoria) to win Sanremo on the bass, and the first band ever to win the festival with a woman as instrumentalist. Meanwhile, they have the first woman since 2008 as co-author of a winning song. And they are the first ever winners to be born in the 21st century (only the singer is born in 1999).

If not a revolution, it’s quite an achievement.

What makes them a contender

Will all this be enough to win the votes of the public and juries of other countries? Maybe.

In Eurovision, you can’t vote for your own country. In other words, you need to attract the attention of people that do not understand your language and that, in most cases, do not know you and your story. Consequently two elements may be decisive: the visual and scenic effect, and your fame.

With regard to the first element, as reiterated by Filippo Ferrari last year, the Eurovision is won by those who are showy and have the most outstanding choreography. In short: you need to impress, and this is even more important for Italy. As a member of the Big 5, Italy is already granted access to the final, meaning its representative needs to perform during only the big show.

As a result, the audience has little time to fall in love with you. Therefore, you need a lightning strike. Luckily, Måneskin might have exactly that. According to a music critic, Eddi Anselmi, the group won Sanremo by literally shocking the public with the wow factor.

For what concerns the second crucial element, Måneskin may already be known outside Italy. At the beginning of 2019, they had a successful European tour in Germany, Switzerland, France and the UK. Furthermore, their first hit song Chosen was in English and they are used to performed English covers.

As a result, the alleged presence of fans beyond Italy’s borders bodes well for victory.

What stands in Måneskin’s way?

Between Måneskin and victory, however, there are some obstacles. These shouldn’t be underestimated. But the trouble is that these factors are only partially dependent on the group and their performance.

The Eurovision voting system is notoriously political — and Måneskin obviously don’t have the power to change the dynamics that affect the votes. Other countries vote for your act, and your country’s sphere of cultural and political influence is fundamental. Friendships, as well as historical alliances are often decisive. Greece, for example, usually votes for Cyprus, while the former Soviet bloc and the Nordic countries tend to share votes among themselves. Meanwhile, with the inclusion of Australia in the competition, there now appears greater loyalty among English-speaking countries. And diaspora groups cause countries like Turkey and Germany to vote for each other.

What’s Italy’s role among all this? It’s often been a bit of an outsider. Its alliances are mostly weak and lay in the Mediterranean, with Portugal, Spain, Greece and Malta, or with countries such as Albania that are linked by patterns of migration. While academic researchers into Eurovision — yep, there are academic researchers into Eurovision — have found that the UK and Italy tend to vote more for each other, Italy doesn’t seem to enjoy any strong bond with other countries such as that between the Nordic countries, for instance.

And this may prove to be an ill omen for a Måneskin victory.

Finally, another potential weakness might be the fact that Italians have never been particularly passionate about competition. Between 1998 and 2011 we did not even participate and have therefore little power in the so-called exchange votes. We vote little, but we are voted for even less.