Can The Future Save The Past In Pompeii?

The appointment of a young, foreign born director to head the park has ruffled feathers, and that might be just what Italy needs to preserve its cultural heritage. 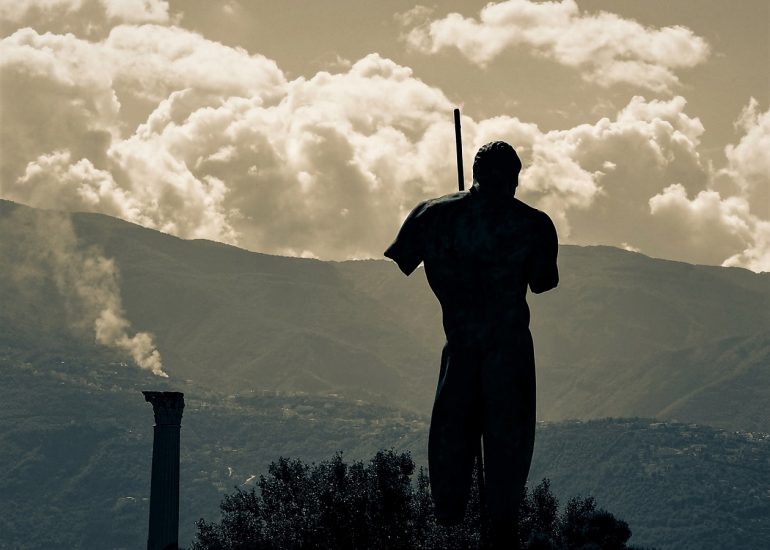 Culture minister Dario Franceschini’s recent appointment of German archaeologist Gabriel Zuchtriegel as the Director of Pompeii signaled a new page in the story of a priceless landmark, but it wasn’t met with unanimous approval. The 39 year old ‘s appointment led to the resignation of two of the four board members of Pompeii, Stefano De Caro and Irene Bragantini, who claimed that they could not support the nomination of someone with so little experience. Zuchtriegel took the criticism in stride, reaffirming that he would collaborate with the board and would do it as soon as possible. To be sure, he has a clear vision to bring this ancient world into the future. But can a foreign-born millennial convince a culture that historically equates age with experience, and resists any attempt at change?

Digging into the new Director

Born and raised in the town of Weingarten in Southern Germany, Gabriel Zuchtriegel has a PhD in Classic Archeology from the University of Bonn, where his work focused on the ancient city of Gabii in Latium. His work was recognized by institutions in both Germany and Italy, including the Studienstiftung des Deutschen Volkes, Luigi Vanvitelly University in Campania and the Alexander von Humboldt-Stiftung. He has written scores of books and articles that only a graduate student could love, with titles like Colonization and Subalternity in Classical Greece. He lives in Naples with his wife and two sons and as of last year, he is a dual Italian and German citizen. He speaks six languages, which include a ‘conversational’ knowledge of Latin and Ancient Greek, and he is an accomplished pianist who has performed concertos in the Temple of Neptune at the Paestum Archaeological Park.

After research projects in Basilicata, Zuchtriegel collaborated on the Great Pompeii Project, a joint Italian government and EU-funded initiative that rescued the site from years of neglect. The project led to new finds at Pompeii: the perfectly preserved remains of two men, other victims of the volcanic eruption, decorative crystals, buttons made of bones, glass beads and mirrors. Zuchtriegel’s fieldwork caught the attention of project directors and minister Franceschini.

As a result, he was named director of the Archaeological Park at Paestum in 2015, at just 34 years old. Both services and preservation of the ancient site in Salerno improved under his guidance, and the number of visitors grew from 300 million to 443 million. People enjoyed visiting both Paestum and Velia thanks to the more inclusive and accessible environment that emerged as a result of collaborations with important universities, research institutes and private companies. Zuchtriegel worked on establishing a meeting point and a dialogue between different stakeholders with the aim of restoring both cultural and economic value to the site, and it worked. In the first quarter of 2019, the number of visitors grew by 15%. The Director decided also to make the site a more inclusive environment, particularly for people suffering from autism, children and the disabled. As he noted, “Diversity is not a problem, not a fact that concerns a marginal group. Art belongs to everyone. It should make us reflect that autistic people do not suffer so much from the disorder as from misunderstanding on the part of others. So we have to break down a mental barrier.”

Pompeii is not the only antiquity that needs to be rescued

In spite of these controversial opinions, this year Zuchtriegel has big plans, not least among them preparing the 54-acre Regio V for opening to the public once restrictions are lifted. His attention was first drawn to the historical sites of Stabiae, Boscoreale and Longola as a way to improve the cultural heritage of an area that has been hit hard economically and socially. Because of the travel and public assembly restrictions imposed to contain the COVID-19 pandemic, it’s likely that in the near future, only local people will be able to visit the site. But rather than see that as an impediment, it looks like the young director will use it as an opportunity.

Pompeii’s new director also intends to use technology to improve the experience at Pompeii, using drones, satellites and infrared sensors to supervise and explore the site. It seems like a foregone conclusion to those of us who have grown up with technology at our fingertips, and crossing from scientific to cultural avenues is a real step towards significant progress in the preservation of Italy’s many ancient treasures. In light of this, it’s hard to argue that Gabriel Zuchtriegel is the right person for the job.

But archaeology isn’t the only thing that’s antiquated in Italy. Institutional directors in any field are often are much older, as well as usually men, and with that comes a very orthodox way of thinking about both cultural preservation and bureaucratic processes. However, art and culture have been steadily infused with new blood around the world, and Italy needs to join the trend. When Max Hollein was tapped in 2018 to became director of the Metropolitan Museum of Art in New York, it marked a new milestone. Many others followed: James E. Bartlett and Alex Gartenfeld have both transformed the art scene in the United States, and others are sure to follow.

It may also be the sign of another trend that Zuchtriegel is not Italian by birth, though he has become a naturalized citizen. But he joins a long and impressive list of non-Italian cultural directors: Eike Shmidt at the Uffizi, Sylvain Bellenger at Capodimonte, and James Bradburne for Brera. Indeed, it was only in 2018 at a plenary meeting of the Council of State that the legal requirements to hold such a position were changed to allow a non-Italian to assume these roles. This change was facilitated by Franceschini himself (among many others), and it met with years of opposition before being passed. Although the law is on Zuchtriegel’s side and others like him, it’s not hard to see why this particular appointment would have been received with such contention. It seems that even culture is not above the prejudices that color our everyday lives.

But just as many qualified Italians work around Europe as part of institutions and cultural centers, we should welcome those people with international profiles to join the ranks of our most valued Italian cultural spheres. This doesn’t mean nor giving away our heritage, indeed it might be quite the opposite: by allowing fresh eyes in, we may just start to see things a little more clearly. In the case of Pompeii, that may just be the most important discovery to make.