What have been the tangible effects of Brexit on Italians living and working in the UK so far? 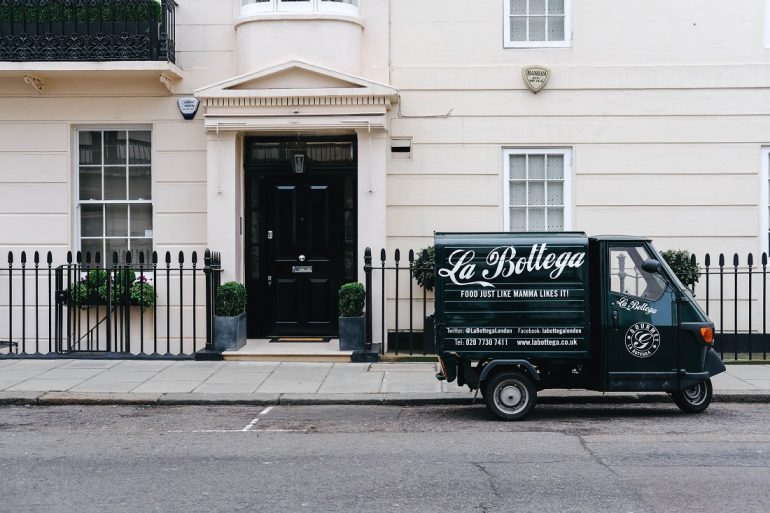 On December 31, 2020, while the European continent was in the midst of the second wave of the COVID-19 pandemic, something silently happened in the English Channel. The so-called ‘transition period’, which was designed to buy time while the EU-UK negotiations were taking place, ended that day, marking the definitive exit of the UK from the European Union (the official ‘Brexit day’ was on January 31, 2020).

The Brexit story is a long and convoluted one, which we will not address here. What is remarkable is that, from January 1, 2021 a EU-UK Trade and Cooperation Agreement entered into force. The Agreement is a first attempt to regulate the future relationship between the United Kingdom and the rest of the continent. As such, it is far from being perfect, as many commentators have argued. Nonetheless, this Agreement marks a tangible break with the past, as it introduces considerable changes in trade and freedom of movement with the EU.

In Italy, the Brexit issue went rather unnoticed, despite the fact that the UK hosts a considerable number of Italian citizens. In 2017, according to Istat, Italy’s statistics office, the United Kingdom was the most popular destination of Italian migrants, with 21,000 living there. They are mainly young people (aged 18-39) and from the north of Italy. Perhaps surprisingly, the majority (70%) completed secondary education and only 30% holds a university degree.

But how has Brexit affected the lives of Italians working and studying in the UK so far? We interviewed some of them, to get a sense of what’s going on.

What are the effects of Brexit on everyday lives?

In many ways, the full effects of Brexit are yet to be seen. Angelo, 35-year-old civil engineer from Campania, argues that nothing has changed so far and that it is too early to draw conclusions on the Brexit affair. The country has been for most of the time in lockdown, which has made it harder to assess the consequences on normal everyday life.

Others, instead, seem to have already experienced the first effects: Gaia, 26-years-old with a job in marketing, acknowledges that, while everyday life has not been significantly affected, she is worried about freedom of movement and her new status as a third-country national with respect to the EU. Giuseppe, who has been living in Scotland for several years, notes that, for the time being, the only available vegetables in groceries are broccoli and potatoes. And while that might seem not a big deal, for Italians it is.

Giulia and Davide, both PhD students in London (although in different fields: Giulia in Economics and Davide in Physics), are working from Italy at the moment and wondering about how real life will look in the UK once back. However, Davide points out that his colleagues did everything possible to create a sense of community around him: “I felt more integrated, without a doubt, despite the fact that Brexit means de facto separation.”

While an increasing share of Britons are applying for dual citizenship in Italy in order to keep the status of European citizens, Italians in the UK are facing the opposite problem.

The status of EU nationals residing in the United Kingdom has been regulated by the so-called EU Settlement Scheme. The Scheme regulates the rights of EU, EEA, and Swiss citizens living in the UK by December 31, 2020. According to this Scheme, people can apply to either the settled status or the pre-settled status: the former concerns those who have been living in the UK for a continuous 5-year period, the latter those who have been in the country for less than 5 years in a row. Settled and pre-settled status allow people to work and study in the UK, access the National Health Service, and to travel in and out the country. However, those with pre-settled status have the right to do so only for 5 years, after which they can apply for settled status in case of continuous residence.

Giuseppe, for instance, now has the settled status and has decided to apply for the UK citizenship, something that he had not considered before Brexit. Gaia, who has instead gained the pre-settled status, is concerned about her life in the coming 5 years: if she leaves the UK for more than 6 months, she will lose her right to stay in the country.

In the same way as many are struggling with freedom of movement, firms are struggling with free movement of goods. In this regard, Paolo, a 32-year-old working in the finance sector, notes that British subsidiaries of EU firms are facing huge problems with shipment of goods among difficulties with customs, tariffs and paperwork, something that gained visibility on both sides of the Channel. To circumvent these problems and continue exporting to European countries, the British government explicitly encouraged UK businesses to set up subsidiaries in the EU.

Everyone we interviewed noted that the fall in trade among the UK and the EU is among the — many — drawbacks of Brexit. “The practical management of Brexit has been a model of incompetence. They left so many unresolved issues that a package of books I had sent myself from Italy was returned to sender because of a lack of regulations on the exchange of personal property,” said Giuseppe. Paolo echoed the problem: “Some European websites I buy from have suspended shipments while they wait to find out what to do about the new bureaucracy.”

But problems are not limited to the purchase of goods. Both Davide and Giuseppe reported that it is a “defeat” for the next generations of European students no longer able to enjoy the experiences they did — namely a semester in the UK thanks to the Erasmus program, followed by a PhD in one of the many well-known British universities.

According to Giuseppe, academia has been particularly affected by Brexit, given the high mobility of labor that characterizes people working in this field. “Many funds for postdocs and research grants have been cut. British universities in particular have cut new recruitment to practically zero,” he says. This is the reason why he, together with many others, have decided to move to another European country (Ireland in his case) to continue his career.

According to Giulia, “Brexit will have negative repercussions on the local economy, including the reduction of highly skilled people from the EU.” But low-skilled workers as well will become a problem for the British economy. From the financial point of view, Paolo adds to the list of drawbacks also “a loss of purchasing power of between 20% and 12% due to the deterioration in the exchange rate between the pound and the euro.” What’s more, according to Davide, there may be a feeling of resentment towards the British among European citizens, due to a choice that has been perceived as populistic and disrespectful.

Does Brexit have a bright side?

According to our interviewees, the negative effects of Brexit at the moment exceed the positive ones. However, Paolo observes that “in the medium to long-term the decision-making process in the realm of UK internal affairs will be more streamlined, as was already clear for the approval [and distribution] of vaccines.”

This view is shared also by Gaia. Indeed, the UK was one of the countries most hit by COVID-19 and the measures to contain the spread of the virus were not always perceived as appropriate, as Giulia notes. She came back to Italy because of the disregard for rules in her campus. However, now the country is among the among the first at world level for vaccination rates, while the European Union is desperately running behind.

Eventually, in Davide’s view, the Brexit process has not contributed so far to an increased sense of cohesion among British citizens, a problem that has been exacerbated due to the management of the pandemic by the government. Will the greatest positive effect of Brexit be an independent Scotland? That depends on who you ask and only time will tell. In the meantime, God save the Queen — and her fellow citizens.