Chicago Vs Naples: Who Takes The Pizza Crown?

The pizza wars are heating up. 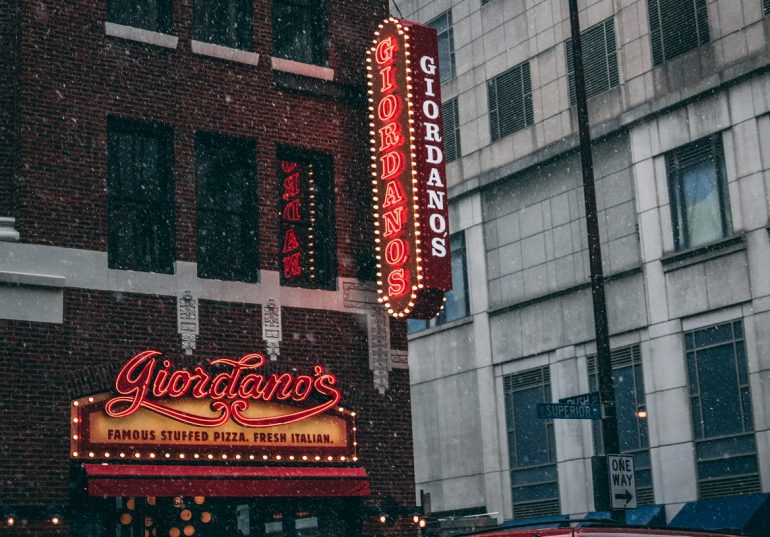 The pizza wars are heating up.

It was the tweet heard around the world. On February 9, the official account of the City of Chicago wrote “proud to be the pizza capital of the world.” The reactions in the Twittersphere and beyond were unsurprisingly swift and impassioned. Phil Murphy, the governor of New Jersey, immediately responded with “I’m incredibly proud to be Governor of the Pizza Capital of the World,” while Italian actor Salvatore Esposito made it clear to Chicago that they were a distant second to Naples. Even after the keyboard dust settled, there was no clear victor. So is there truly a pizza capital of the world out there?

One must first recognize that within the United States itself there is little consensus on where a connoisseur can find the best slice. New York has long been a contender, but then there is also Connecticut, which took the number 1 spot on The Daily Meal’s 2019 ‘101 Best Pizzas in America’ list with Frank Pepe’s Pizzeria Napoletana, known for its littleneck clam pizza. TripAdvisor gave Chicago the gold medal in 2015, but in 2017 the crown went to Phoenix, Arizona, according to Travel + Leisure. It would be safe to say that New York and Chicago both command legions of the pizza faithful, with perhaps half a dozen other cities and states portraying themselves as serious competitors.

Let’s give Chicago the benefit of the doubt and dig a little deeper into that crust. The Windy City has long been both beloved and belittled for its unique incarnation known as deep-dish pizza. Baked in a round dish that has more in common with a cake or pie pan than a pizza stone, the crust is both high and thick and holds a prodigious amount of tomato sauce, mozzarella, and sausage. Iconic spots like Lou Malnati’s and Gino’s East have been satisfying Chicagoans and tourists alike for half a century with this gut-busting take on the pizza.

However, not all are converts. The late Supreme Court Justice Antonin Scalia weighed in back in 2011, saying “I do indeed like so-called ‘deep dish pizza’… It’s very tasty. But it should not be called ‘pizza’. It should be called ‘a tomato pie’. Real pizza is Neapolitan. It is thin. It is chewy and crispy, OK?” The Daily Show host Jon Stewart went further in 2013, ranting that Chicago-style pizza is “tomato soup in a bread bowl” and “an above ground marinara swimming pool for rats.”

While deep-dish will be argued over until the end of time, Chicago’s crunchy, cracker-like thin-crust pizza deserves more global recognition. Vito and Nick’s Pizzeria on the South Side has been around longer than many of the deep-dish spots, and its ‘tavern style’ square-cut pies are some of the most authentic in the city. Author and Chicago native Jason Diamond argued in a July 2019 Bon Appétit article that it is thin crust that should actually represent Chicago, because of its deep links to the city’s working class communities. According to Steve Dolinsky, America’s leading expert on Chi-Town pizza, “Chicago is definitely a pizza town, but most people only think of the stuffed and deep-dish styles. But it’s really all about what we call tavern-style pizza.”

While the chances of your pizzaiola bearing even a passing resemblance to Sofia Loren’s street vendor in The Gold of Naples are slim to none, the first bite of your pizza napoletana should be enough to soften the blow. Naples is where pizza as we know it originated around 130 years ago, and its pizza artisans have only perfected the craft since then. The Associazione Vera Pizza Napoletana (AVPN) has declared that an authentic pizza napoletana can consist only of dough made from water, salt, yeast, and 00 flour, topped with simple ingredients like San Marzano tomatoes, buffalo mozzarella, and fresh basil. When baked, the resulting pizza is one that should have a soft outer crust with a layer of crispness, as well as a thin and wet center. These are not cookie cutter pizzas — they are not perfectly round, and are meant to be eaten with a fork and knife, not the hands.

The fact that Naples has a non-profit organization devoted to the mission of “promoting and protecting true Neapolitan pizza in Italy and worldwide” should cause us to take a moment to reflect. The United States, let alone Chicago, has no international center where professionals and amateurs alike come by the thousands to learn the art of pizza making. Naples does, and the coveted AVPN seal of approval can now be seen on pizza ovens from Dallas to Dubai, reflecting the high status that pizza napoletana has reached across the globe.

While Naples and Chicago duke it out, a dark horse has begun to rise in the East. Few in the culinary world would now disagree that some of the planet’s best pizza can be found in Japan. While pizza has been available since American GIs introduced it in the years following World War II, it has reached a level of authenticity in the last decade that is certainly unmatched in the region. Susumu Kakinuma makes pizza at Seirinkan in Tokyo’s Meguro City neighborhood, and actually tried to train in Naples back in the day. Unfortunately he didn’t manage to find a pizzeria willing to host him, so he had to scrape together his skills over time. It seems to have worked out, though, since he now holds the coveted AVPN accreditation and worldwide envy. After 23 years, Kakinuma can take credit for launching the artisan pizza movement in Japan, which has morphed into its own animal. While many pizza shokunin (craftsmen) continue to honor their pizza napoletana ‘roots’, it is now possible to find chicken teriyaki, mochi, and sweet corn options across Tokyo and beyond.

My personal bias would cause me to lean more towards Naples as the capital of doughy delights, but there is truly more good pizza available almost everywhere these days, so why draw more battlelines? I will gladly take pizza wherever available, whether I find myself in Chicago, Naples, or Harajuku, and it will never be enough.