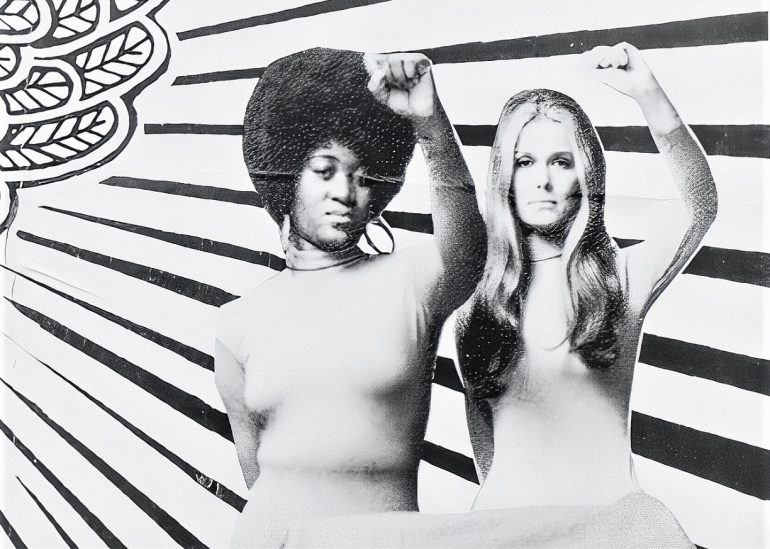 My great grandmother always used to say that ignorance is the hardest thing to kill. She was a school principal during WWII, a challenging role and an exceptional one for a woman at the time. I always took her statement to mean that an absence of knowledge could be addressed by studying, but the absence of emotional intelligence and open-mindedness could not be resolved as easily. Today, as we celebrate International Women’s Day and I see countless platitudes praising the courage of women, I think about her. I also think about how relevant her words are today, and how far we still have to go.

Sexism in Italy — or anywhere in the world, for that matter — is unfortunately not news. But in recent years, women have begun to take more significant and high profile leadership roles in Italian politics. This should perhaps be a signal that the gender gap, both in theory and practice, is closing. Instead, it seems to show that even when women rise to the top, sexism and misogyny is never far behind.

Misogyny on both sides of the aisle

One doesn’t have to look that far to see the pervasiveness of misogyny in Italian politics, and how no woman is protected from it. Recently Giorgia Meloni, the leader of the right-wing Brothers of Italy came under brutal attack from university professor Giovanni Gozzini during a radio interview, during which he called her “A large-mouthed frog? A cow? A pig? What should I say?”

Meloni is of course no stranger to controversy: indeed, she is well known for her 2019 speech at a rally against same-sex marriage, which led to several parodies that circulated throughout the country. But it is the indictments of her role as a woman, mother, and politician that tell more about how we continue to view powerful women in this country. “She has to focus on being a mother” — you would imagine this to be a statement said 50 years ago, but quite sadly you would be wrong. This was said to Giorgia Meloni in 2016 by former state functionary Guido Bertolaso.

But this derogatory attitude is far from limited to one side of the political spectrum in Italy; perhaps it is the one thing that all sides agree on. It also has a long tradition. Similar statements to the ones made against Meloni were expressed by former Italian President of the Republic Giovanni Leone in 1947, who declared that only men would be able to hold powerful roles in the legal field. In 1945, Alcide De Gasperi dismissed the notion of powerful female leaders when he noted that “we need women especially as women and brides.” This tradition continues today, with the League member Christian Braccini insulting left-wing politician Monia Monni by writing on his Facebook page, “I feel you are a little sour, generally this means that men are scarce. It would be best if you used Tinder.”

Incidentally, Braccini was banned from his own party for taking a picture in front of former fascist leader Benito Mussolini, which certainly does suggest that racism, supremacy, and misogyny are never that far apart from each other. One need look no further for proof than to Liliana Segre, an Italian Holocaust survivor who was named Senator for life in 2018. Her celebration was short-lived: since 2019, she has been living under police protection due to threats from fascists or far right supporters. Recently, Senator Segre was the victim of antisemitic hate speech on her Facebook page, after she shared photos of her receiving the COVID-19 vaccine. Ttwo people involved in the insults were identified and arrested and, though they did not specifically invoke her gender, the implication was clear. Being a woman, no matter how powerful you may appear, means that you’re fair game: whether walking to your car at night, walking into a bar alone, or trying to balance career and family.

In Italy, the overall number of women in power has increased in the last 5 years, but there are still some limitations. A recent official report from the Italian Chamber scored Italy at 63,5/100 on its gender equality index, on par with other European Member States. However, Italy is among the fastest-improving countries in Europe.

The number of women in Italian political leading positions has been growing both at the national and regional level throughout all municipalities, although these roles are still largely occupied by men. Though women have been made visible members of political parties like Italia Viva (which billed itself as a ‘home for feminists’), it’s unclear how much of this is lip service and how much of it is a sincere desire to give women a prominent place in politics.

Whatever the intention, women who occupy political roles are left at the mercy of public displays of sexism. Globally, women are often discouraged from continuing their political careers because of hateful comments present on social media on their private lives, features, or ability to lead well. A 2010 study found that sexist insults hurt female politicians directly at the voting polls, female opponents are often considered less prepared compared to their male counterparts, and can lose up to twice as many votes as a result. Likewise, female politicians are six times more likely to receive sexist comments compared to men and are more likely to consider themselves less qualified for office. Ultimately, women are less encouraged to take part in politics, and it gets worse if they consider aligning their career with possible maternity.

The first woman to run for US President, Victoria Woodhull, was called ‘Mrs Satan’; decades later, former Governor of Alaska Sarah Palin had to endure sexualised insults, including having a sex doll modelled after her. Hillary Clinton was called hysterical, emotional, and had a nutcracker fashioned in her image. US Senator Elizabeth Warren has spent her entire political career being called names like ‘Granny’ and ‘Pocahontas’ by men who didn’t deem her a legitimate threat. But these women, whether you agree with their political viewpoints or not, refused to be shaken by the sexism that they confronted.

More than words, more than mimosas

More than 100 high profile Italians recently lobbied for the Treccani dictionary to change the list of synonyms to the word ‘woman’ in their upcoming editions: the current entry has words like puttana (whore) whereas the word ‘man’ was associated with terms like ‘businessman’. These efforts, more than the endless barrage of mimosa images that women will be sent today on social media, are necessary. We need to imagine a world where words have the same power as actions both socially and legally, and where an actual meritocracy will dictate who holds the offices that protect our right to respect each other beliefs. We use words to describe our world, and in so doing we shape it. If we can speak of a better world, we can bring it into being. As long as woman is interchangeable with whore, we have a long way to go.

Kamala Harris’s recent election to US Vice President was a global message that women can assume powerful roles and that times are changing. However, the latest online insults to both Giorgia Meloni and Liliana Segre underscore the feeling that too many people still have towards women in politics in Italy. We don’t have to agree with either one of these women’s positions, and they very likely wouldn’t agree with each other. But as long as we’re attacking them for their gender, or background, and not for their policies, we’re never going to move beyond those antiquated ideas of what women are not. As long as they are fair game, we all are.

What I expect from a political leader is attention and work for our community, society, and people. I expect them to be as dedicated to killing ignorance as my great-grandmother once was. I expect them to work for change because that’s what we all need, men and women alike. These have been hard years, for all of us: for our politics, for our environment, and for our communities. Women can and will continue to take stronger roles, do we really have time to waste useless slurs or old-timed ideologies?

So if you’re planning to honor the women in your life today, ask yourself how best to do so. Is it by flattering them with those wispy yellow flowers that are nature’s first sign of spring, or is it by changing the words that you associate with woman in the first place? For one of those things will wilt and soon be gone; another could be the seed for a new tomorrow.