Has The COVID-19 Pandemic Ended Monogamy In Italy?

One year on, our relationships are changing. Have our attitudes about love, sex, and marriage changed as well? 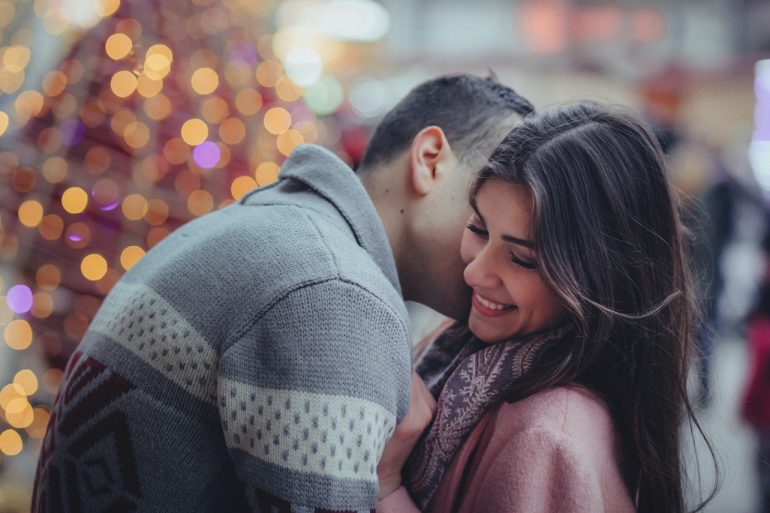 Among the many consequences of the COVID-19 pandemic in Italy, concern grew over how quickly the divorce and separation rates were rising in the country. Indeed, in the period 2019-2020, lawyers recorded a 60% increase in requests for both divorce and separations. As in many other countries, the lack of in-person interactions, the financial stress of lost wages and jobs, and the forcible confinement with potentially abusive partners have pushed Italians to re-evaluate the very nature of their domestic relationships.

Indeed, according to an online survey conducted by a website for extramarital encounters, more than half of the respondents declared that they would consider betraying their partners, with statistics higher in red zone areas. The national bar association found that 40% of separations were caused by the impossibility of maintaining extramarital relations hidden during lockdown as well as the impossibility of escaping pre-existing problems.

For those of us not in committed relationships, the prospect of dating or even meeting new people during lockdown came with new challenges that went far beyond compatibility or attraction. Deciding who to let into our ‘bubble’ became as big a deal as introducing a partner to our parents, and the casual hookup required a lot more planning than we were accustomed to. With all this in mind, the future looks bleak for those looking for a committed relationship in a post-lockdown Italy. But is the reality really that grim?

Looking for love in lockdown

Despite the logistical challenges of the socially distanced hookup, Tinder recorded their second-best month for downloads in March 2020, when lockdowns began in countries around the world. Infographics on the safety measures for encounters, messages issued by dating apps about in-person meetings, and advisories like Dutch government’s ‘sex buddy’ recommendation all signaled that COVID-19 would have a profound impact on physical intimacy. When the typical affectionate habits of Italian culture were put on hold, romantic relationships inevitably had to undergo some rethinking.

These circumstances led to what has been characterized as an intentional dating environment, where health and safety issues are discussed openly and in advance of any possible meeting. While many of us probably turned to dating platforms as a way to compensate for the absence of aperitivi, cinemas, and restaurants, digital and real-life dating has moved at a much slower pace. The perceived risk of in-person meetings has slowed things down, but not enough to halt them completely. Now, people take more time to select their matches and to get to know the person before the meeting. As potential couples are forced into more open and honest communication much earlier, commitment to the relationship seems to come much sooner.

Other forms of relationships have also suffered during the long lockdown periods. While monogamous relationships have buckled under the difficulties of prolonged (and forced) cohabitation, polycules face a completely different set of issues. The increased health risks represented by the virus have reduced the amount of contacts for everyone, including within polyamourous relationships. Indeed, many have been forced to become “monogamous for now,” given the circumstances. Though there are a million different ways to love and be committed, it seems that looking for safety and stability in a sea of uncertainty is something of a universal condition.

However, that doesn’t mean that Italians have given up the ‘extracurricular’ activities to which some 40-50% of the population admit to engaging in, the infamous scappatella. Infidelity seems to have continued unabated during the pandemic, despite the rules banning household mixing in the country. The practice is so widespread that when rules were relaxed in May 2020 and people were allowed to visit those with whom they had a “stable affection,” many — likely including some of those who made the laws — wondered if this would include lovers and mistresses as well. Whether this is likely to change the nature of marriages is far from clear; after all, studies have noted that infidelity can actually strengthen marriages, particularly in times of high stress like the current period. Besides, as Guia Soncini once wryly observed, Italy is a “republic founded on adultery.”

As the reality of the COVID-19 pandemic began to set in last year, the dangers of forced cohabitation and loneliness often became as real as the effects of the virus itself. From one day to the next, we found ourselves either completely isolated or stuck with people we may not have chosen, often for an indeterminate amount of time. It didn’t take long for the internet to become our lifeline to the world we once knew and for the relationships that we cultivated online to become as significant (or more) than those we shared with the people we lived with. In some cases this led to the end of our relationships; in other cases it strengthened them. Ultimately, it didn’t end our quest to find a partner with whom we could share our lives.

After governments softened restrictions, we reassessed the way in which we date and to engaged in committed relationships much more quickly. Dating apps may have functioned to fill in for the loss of social connections in the beginning of the pandemic, but they have given way to slower and more committed dating. The general changes in our attitudes towards socialization perhaps led us to prefer fewer but more meaningful interactions, instead of wasting time keeping up with numerous shallow connections. Maybe being limited in our connections to people has led us to find renewed meaning in the way we conceive of dating and occasional relationships. If it hasn’t quite ended monogamy in Italy, perhaps the pandemic has finally given us a better idea of how to navigate it.