Are Turin’s Attempts At Tourism In Tatters?

Tourism in Turin was booming between 2006 and 2015, but now its ability to evolve as a tourist destination might be at risk. 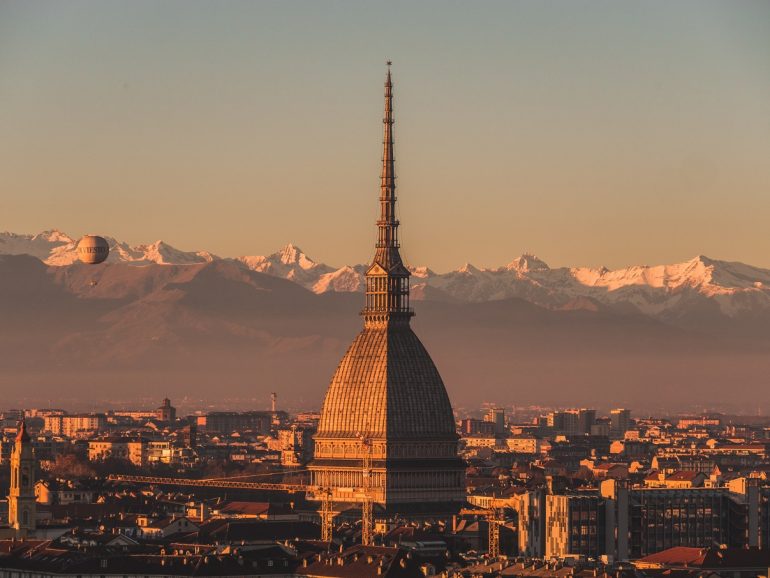 Back in December 2020, the President of Turismo Torino Maurizio Vitale announced a 30% drop in business in the tourism sector for Turin, acknowledging that hopes for its resurgence that are currently pinned on the tennis Atp finals early next winter really don’t go far enough to boost the business. For a city that has been busy reinventing itself as an upcoming, bona fide destination since the car manufacturing industry laid down their tools and packed up in the early 2000s, it will need to do much more than it has done until now.

Winter Olympic Games 2006 was a watershed moment for Turin

But that’s not to say it’s been sitting on its laurels, far from it. The opening ceremony for the Winter Olympic Games 2006 was in many ways also Turin’s opening ceremony, indicating it was open for the tourism business — a move for which the whole city got well-versed in appropriately Olympian etiquette as if it were a high society debutante being prepared for ‘the season’. Building facades were restored to majestic glory ready for its debut as a player on the tourist trail. The Lonely Planet and Time Out printed city guides to prep the tourists who only weeks before had seemingly never heard of the place, unless you jogged their memory by mentioning Fiat.

Being host to the Winter Olympic Games did more than showcase the ski-slopes: the city filled up with visitors from around the world to admire the many ‘jewels in the crown’ of this once royal city, host to a plethora of stunning royal residences (many of which) listed as UNESCO World heritage sites), flanked by relaxing parks and gardens, world class museums, flowing with mouthwatering local Piedmontese foods and wines, bustling with an array of outdoor markets, and packed with stylish shops, trendy bars and chic restaurants.

Between 2006 and 2015 tourism rose by nearly 25% and Turin was an exciting place to be. The vibes were good, the historic coffee houses were full, Eataly flung open its first doors in Italy to growing numbers of slow food aficionados. Lingotto, once Europe’s most advanced car factories, reinvented itself as a thriving shopping mall and exhibition center, putting on ‘big draw’ exhibitions including Renoir, Degas, Mirò, Picasso, Modigliani, Leonardo Da Vinci, Fabergè eggs, China’s Terracotta soldiers, and photographers Steve McCurry and Elliot Erwit — to name just a few. Outdoor events like Flor where the streets of Turin turned into a huge open flower market. Torino Jazz Festival transformed avenues, squares and parks into modern, peppy jazz venues during the day, and emanated smooth and sultry sounds through the open windows of bars and restaurants at night, and from a raft on the dark, languidly rippling waters of the Po after hours. And then there is the Chocolate festival, the Torino Film Festival and boat trips along the river. In 2008, the city was visited by 5.3 million tourists.

Then from 2016 things changed. The exhibitions were rather less high-profile, but the prices stayed the same. The shops at Lingotto started to close down, including big brand names like Zara leaving the ex-factory looking desolate and slightly eerie. The jazz festival went ticket only and withdrew behind closed doors. Outdoor craft markets were discouraged because of the disturbance caused to local residents, and fewer tourists seemed to be around. Valentino and Valentina, the two sightseeing boats that took weekend trippers along the Po, got dragged down river following days of rain to get jammed under the arches of the Gran Madre bridge along with the rising flood waters. Even some of the best of the winter lights Luci d’Artista got banished from the center and given pride of place in the suburbs.

And then the pandemic

The economic fallout from years of crisi following Fiat’s departure, the knock-on effect of the global financial crisis and now the pandemic, could be the straw that breaks the camel’s back, relegating Turin to the Top 10 lists of ‘has-been destinations’. Rather ominously, Turin has been twinned with Detroit since 1998 because of their shared contributions to the automotive industry and, in startling parallel, the Michigan city too has been blighted with economic and social problems, albeit much more severely, with buildings being abandoned despite efforts at regeneration. The difference though between Detroit and Turin is that the first got unlucky because many Americans left following the closure of General Motors. Luckily for Turin, Italians tend to stick around and have been more focused on evolving and building something new.

Turin has always been an evolving city

Since the Carthaginian General Hannibal and his caravan of elephants crossed the western Alps into Italy in 218 BC and set up camp, Turin has been a city that has continued to evolve. Being officially established under the Romans in 27 BC, it developed rapidly and blossomed socially, politically, culturally, economically and architecturally with its establishment as a diocese of the Catholic church in the 5th century and the reign of the Savoy from the 17th, until it became the capital, albeit briefly, of unified Italy in 1861.

So, fast forward to present day and you can understand why Comune di Torino chose the slogan ‘Torino, Always on the Move’. Turin may have looked like it’s been coasting along for the last few years as it ponders its next move but, despite the economic downturn, unfortunate incidents outside the city’s control and some questionable decisions as regards priorities for cultural events and entertainment, it might not be as bad as some fear. Even though the pandemic brought Turin to an emergency stop one year ago, the signs are good so long as the right decisions are made to give the ‘vecchia signora’ space to dust her dusty crinoline skirts down once more and let her work her magic.

The fact is Turin is ‘on the map’ today. This should make a difference to its future prospects as a tourist destination. The Savoy city is a thriving student center with thousands of students choosing to study at Università di Torino and Politecnico di Torino. Turin also attracts lots of foreigners coming to work in the FCA offices, CNH, IVECO and General Motors, and was made a Global City in 2018 in honor of its economic position and global influence. It is also home to an innovative and burgeoning aerospace sector.

Being off the traditional tourist trail is its forte

What is certain is that people no longer answer “che brutta città” or “è una città fredda” when you tell them that’s where you live. Now people say that it’s beautiful. It has changed a lot compared to what it used to be. In the 1980s you could still walk down grimy streets and hear the thumping and pounding of factory machines. Now everything is different. Sure, it isn’t Rome, Milan, Venice or Florence, one of the Italian cities that speak for themselves, but it has a beauty where the regal and the industrial somehow blend together to create something unique that’s worth seeing. Even today, Turin is not on everyone’s itinerary of ‘must see’ cities on the Italian peninsula. But in a recent interview, Frances Mayes, best-selling author of Under the Tuscan Sun, said of the birthplace of the Risorgimento: “I arrived in Turin and thought, Where is everybody?” — at once both surprised and thankful that it is still some way off the well-trodden tourist path, and to which I would say is actually what makes Turin special.

It is still too early to say, since we are still in the middle of the pandemic, but I’m hopeful that visitors will return once this is over. I believe it is Turin’s economic strength that will be the ultimate litmus test, but also the city’s ability to weave some magic here and put on some great cultural initiatives, big international exhibitions and a much bigger mix of events to draw the crowds back once more.