Luna Rossa recently surprised everyone by beating the English at the Prada's Cup. But when talking of sport, there's not much to cheer about for Italy. 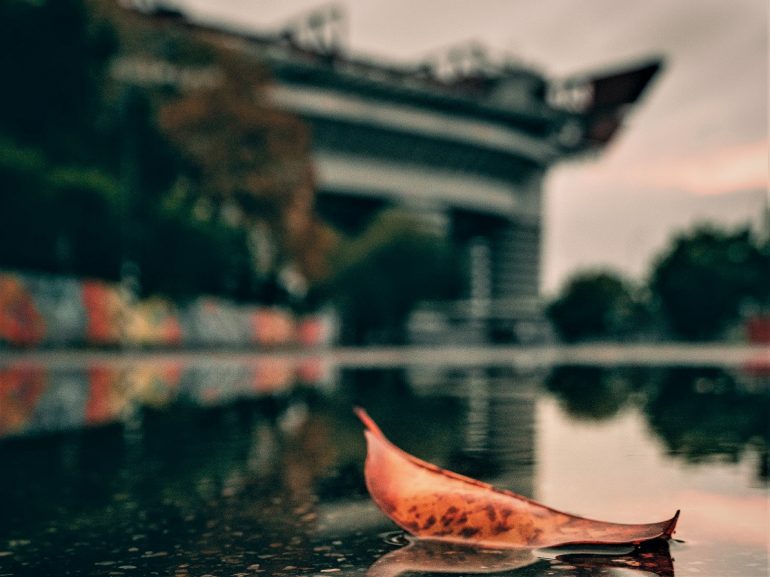 Italians celebrated Luna Rossa for its astonishing victory in Prada’s Cup. But maybe that goes to show the depth of Italy’s sports crisis.

On February 21, in the Prada’s Cup, Italy’s Luna Rossa swept the board as it hammered the United Kingdom’s Ineos team  7-1. The Italian team clinched the spot in the final series against the reigning champion New Zealand.

It was a remarkable victory. But, given the stature of the sport, it’s fair to say that reactions among Italians were a little out of proportion. Politicians and pundits waxed lyrical about Luna Rossa as a proud Italian achievement. But beyond the sailors’ achievement, is there a deeper reason behind such enthusiasm?

The truth is that the overblown reaction to the sporting event speaks of a far more worrying issue: Italy’s sporting crisis, and the country’s consistent lack of success in major sports.

A once great power

It is common knowledge that Italians are fond of soccer. The dazzling triumph in the World Cup by the Italian dream-team in 2006 still represents a bright memory among Italians, thanks to silly songs and legendary depictions of our Azzurri in Germany. That was indeed the highest watermark in the last 20 years of Italian sport.

But soccer wasn’t Italy’s only team that once performed well. Italy’s basketball team, for instance, was once first rate, lifting the silver medal in the 2004 Olympic Games. Surprisingly, they even beat the favorites, the U.S., in a thrilling match that every Italian basketball fan gladly remembers.

More recently, it is only Italy’s volleyball team that has continued the quality, with the men’s and women’s teams racking up top five spots in the last international competitions. In particular, despite their unfair reputation as lesser athletes, women have been winning the lion’s share, turning in consistently impressive displays. Not only did they deliver a record position for Italy in the 2018 World Cup, but they also secured the third seed in the 2019 European Championship.

However, with the exclusion of volleyball, basketball and soccer have been struggling in Italy. And soccer in particular carries a heavy burden, with many in Italy believing that the sport mirrors a society in decline.

It’s true that, in both sports, at both club and national level, our teams have been collecting fiascos in the last decade or so. The major setback for the Azzurri was the crushing defeat against Sweden, meaning Italy’s team didn’t play in the 2018 soccer World Cup — which will go down as a dark moment in Italian footballing history. Meanwhile, Italian clubs haven’t performed much better in European competitions, with the last team to win the Champions League being Milan’s Internazionale in 2010.

Basketball has been far off its former glory since the national team reached a dismaying 10th place in the 2019 World Cup. And the last team to secure one of the top-three spots in the EuroLeague was Siena in 2011. That means our last memorable accomplishments date back a decade. Never have we witnessed such grim circumstances.

What’s behind the crisis?

There are plenty of issues we need to take into account when addressing Italy’s sports crisis.

First of all, generational change has been a thorn in the side of Italian sports. The truth is that our young players aren’t as good as their older counterparts — and that’s a problem of training. There are no rock-solid national programs to develop players, neither technically nor psychologically. As a result, trainers turn to foreign instead of Italian players, as the latter are not believed to be ready for superior leagues or high-level championships.

Secondly, let’s not underestimate the regulations drawn up by national leagues to force soccer, basketball, and volleyball teams to have a minimum number of Italian players on their rosters. As a result, managers still choose foreign athletes over their Italian counterparts — while starting line-ups only include Italians who fill the secondary sporting roles. If trainers don’t want to play them, there’s little point in requiring a minimum of Italian players. Meanwhile, naturalization doesn’t solve the issue, as the so-called ‘new Italians’ themselves aren’t good enough to bring the technical level higher.

Other causes of decline

There are other management reasons that we should bear in mind too when discussing Italy’s sports crisis. The governance of sport follows a rusty, moldy business model. Simply put: business managers want to maintain the status quo without bringing in cutting-edge ideas and approaches.

The glaring example is soccer. Italian TV rights to screen Serie A follow 30-year-old procedures, turning their back on up-to-the-minute and digital streaming services. Unfortunately, these procedures don’t see marketing as part of their job. Without leveraging marketing to increase the value of soccer, club boards find themselves brawling against each other to get a larger slice of a steadily shrinking revenue pie. The outcome is a foregone conclusion: in less than ten years, the Premier League and the Spanish Liga have seen their profits balloon. Serie A trails all the major European leagues for the value of their TV rights — apart from the French Ligue 1, the rights for which no TV channel has wanted to buy. Consequently, less money leads to fewer investments and scarcer resources to spend on training facilities and developing programs.

Two more issues should play their part in any discussion of soccer. Ultras in Italy represent a grim phenomenon, wielding a staggering power over clubs. Sometimes these fans establish hierarchical and scheming organizations to blackmail teams and carry out mafia-like activities. They are usually central too when ugly scenes of violence are seen in stadiums — which tend to turn leading foreign investors off Italian clubs.

Meanwhile, when brave foreign owners move to Italy to save clubs’ necks, they’re faced with difficult circumstances to resolve. For instance, AS Roma and Fiorentina have been bending over backward to ensure that they could build new stadiums and grow their revenues. Their failures show how an inefficient public administration and widespread corruption don’t make things easier to cultivate groundbreaking ideas.

Let’s move with the times

Managers and experts must move with the times if they want to play their part in the new decade. But, to my mind at least, that possibility remains remote. Real change in the sporting system will only occur when young people step in — as the old guard has shown itself unwilling to give a hundred percent in the reforming process.

To solve Italy’s sports crisis, managers should return to the drawing board, imagine new ideas and think differently. Let’s cross our fingers, of course. But I’m not holding out hope in any change coming soon.