Rome is a paradox, and we love it for that. But how do we fix it? 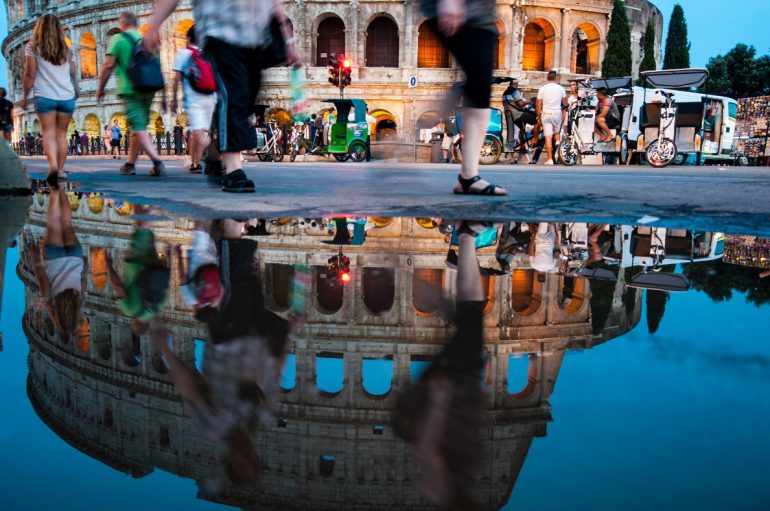 Rome is a paradox, and we love it for that. But how do we fix it?

I am originally from northern Italy but have lived in Rome longer than in any other city. I am not sure if this makes me an adopted Roman, but I do find certain similarities. I often feel as confused as the city itself often seems, and I have had my fair share of moments where I felt like a gladiator, forced to surrender to powers infinitely greater than myself.

If you ask any Roman, they will passionately declare that their city is the best. Secretly they also have no idea how to navigate it. Thus, for those of us not lucky enough to claim that birthright, there is no great oracle to consult when you first arrive there. Not a single manual or list of tips on how to manage the irregular queue at the post office, the inexplicable distance between everything, the miracle that is finding a parking spot, and the infuriating way that everything is more expensive than necessary. Many of these are standard elements of a large city, I will admit: but does yours require a disclaimer to every foreigner (i.e. anyone not from Rome) about how loud and angry everyone sounds, all the time? Rome needs that.

These little quirks are only part of what set the city apart from many others. Buses may be catch fire at almost any given moment, and the current Mayor, Virginia Raggi, along with other government officials, have been investigated for corruption — although she was later acquitted. The government also faces rampant criticism of waste and public transport management, so much so that citizens have long since decided on a DIY approach to public works. Know all those uncovered potholes around the city? People tired of waiting decided to plant flowers in them.

And yet, despite (or maybe because of) the dysfunctions and the chaos Rome remains infuriatingly magnificent and endlessly captivating. In 2018 it was named the 15th most visited city in the world with over 15 million tourists passing through the city. The Italian capital led Venice and Milan in raw numbers and the ubiquity of color-coded tour groups and bewildered travellers is a testament to those figures. While this number has drastically decreased due to the pandemic, this does not negate the outstanding reserve of history. Despite everything, it still embraces what director Federico Fellini represented in his 1960 movie La Dolce Vita, when Anita Ekberg danced inside the Trevi Fountain (of course, that’s very much frowned upon now).

While Rome may still be a global destination (once that is possible), that doesn’t mean that change isn’t necessary, particularly for those of us who live there. After more than a decade of failed leadership, Rome continues to grow and continues to confuse us all. The Eternal city needs a determined leader who can properly organize and maintain it, while also challenging the lobbies and including locals in the process.

The chaos of the Trasteverini

I attended a foreign university in the center of Rome and, because I like punishment, I decided to help out during an exchange students’ introductory seminar. The final slide of the presentation instructed the students that if they heard locals arguing during a wander around the city, they shouldn’t be alarmed: “That’s just how they talk.” The lecturers were not kidding.

I lived specifically in Trastevere (from Latin Tiberim literally meaning ‘beyond the Tiber’), a lively area in the center facing the Tiber River and close to landmarks like Piazza Navona. Fifty years ago Trastevere was a poor, working-class neighborhood; today it is one of the city’s trendiest and most diverse quarters. Trastevere is home to two universities, tons of restaurants, hotels and boutiques as well as a prison and hospital, all squeezed into a tiny area at the bottom of one of the greenest Roman hills, the Gianicolo. The area was considered so ‘different’ from the rest of the other city neighbourhoods that the people born inside this area have their own name: Trasteverini.

It is pointless to try to count the number of times I saw Trasteverini literally screaming at each other in the streets. It felt like they were arguing, but they were more than likely just planning their next coffee break. I have never witnessed this phenomenon in any other Italian city, whether I was visiting or residing there. Apparently, it’s not just me: Rome has been recorded as one of the loudest cities in Europe, with noise “actually caused by chaos.”

But chaos is not just a charming feature of conversation in Trastevere, unfortunately. Local authorities often fail to undertake building inspections, even when damages are clearly visible both in the interior and facades. Landlords are frequently careless or simply disinterested, compounding the lack of interest in maintaining health and safety protocols for renters. As such, the majority of locals own homes as both a business expense and a means of maintenance. DIY, indeed.

When the rats are friendlier than the authorities

With this in mind, it will come as no surprise that public administration is famously slow. The institutional inertia leads to widespread frustration among citizens, who often fall into two categories: those who simply stop caring and those who decide to take matters into their own hands. The latter is often home to organizations like Retake Roma, composed of groups of people who organize neighbourhood meetings and committees to remove trash, graffiti, and stickers/posters from buildings and streets.

Of course, local efforts at waste management can only go so far and, once they graduate to the municipal level, we have to be able to rely on our government to take out the trash, literally. In Rome, such services are often lacking or severely disrupted, with often unbelievable consequences. It may have been shocking for the rest of Italy and the world to see wild boar rifling through the trash in the Roman suburbs, but for those of us who have lived there, it was business (or lack of) as usual.

I speak from experience. One dark evening I entered a supermarket in Rome, only to be followed in by a large, yet admittedly friendly, rat. The fact that my mother thought it was someone’s lost dog still makes me laugh, but not if I remember how the scene ended. As we were instructed to do by the city website, we called the local waste management office to report the incident, likely caused by a mountain of uncollected trash near the supermarket. They proceeded to inform us that they would investigate, but weeks went by with absolutely no result. As quickly as the trash got collected it filled up again, and nothing changed. It took quite a few strongly worded letters from a lawyer to get the municipality to disinfect and sanitize the area. We refused to let the matter drop, which led to someone finally addressing our complaint. But it took time, energy and resources. It made me understand how easy it is not to care, and how much it costs to want to improve a city that refuses to fix itself.

We all have that sneaky tendency to break the rules, and this inherent rebel spirit is part of what makes Rome such an undeniably charming place. But it stops being charming when the people running the city are also trying to cut corners or flout the law. Chaotic roads, ineffective administration and unclear communication combine to create an endless loop of inefficiency, a snake biting its own tail. When the administration does not fulfill its obligations, citizens respond in kind. Then when the citizen ignores the law, the administration’s absence enforces this status quo, leaving everyone worse off. If this is supposed to be social contract, then someone has to be there to guarantee the terms.

Because after all, Rome deserves to be loved. It is our capital, the seat of our jumpy government. It holds the Vatican, Piazza di Spagna, and the Pantheon. It has restaurants that will make you cry for their cacio e pepe, leading to impulsive decisions to never leave. It surprises you with architecture on every corner that will take your breath away. It has the Colosseum. It is, in a word, eternal.

City elections are expected in October 2021 and a new Roman mayor will be chosen. Is this the moment that we see an administration that cares enough to want to protect and enrich the city, or are we setting ourselves up to once again have to do it ourselves? Let’s hope its the former. For tourists will return and when they do, it shouldn’t be the rats that are the friendliest parts of the city. It should be us.