Is Journalism Responsible For Violence Against Women In Italy?

Choosing sensationalism over substance not only affects what we read, but who we become as a result. 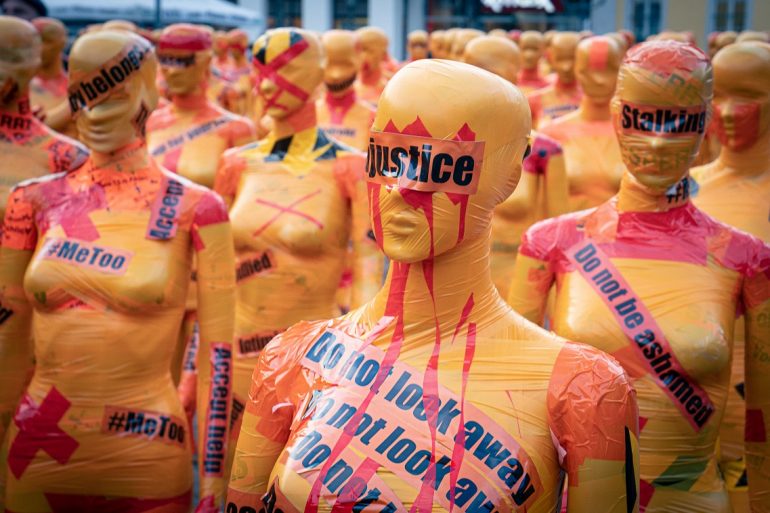 Choosing sensationalist journalism over substance not only affects what we read, but who we become as a result.

Vittorio Feltri, director of Libero Quotidiano, seems to spark new controversy more frequently than Italy gets a new government, so it is perhaps easy for some to tune his voice out. His most recent comments, that he would prefer Hitler as head of state, received both groans and gasps from viewers who heard him utter the words on Stasera Italia. But people were hardly surprised. Indeed, comments like these come so frequently from Feltri that his op-ed in November 2020 about the rape of a young girl in Milan, has long been forgotten. He called the victim “naïve” and effectively suggested that she had brought the crime upon herself by entering her attacker’s bedroom. His sage advice to “avoid cocaine addicts” was called “vomitous,” “disgusting,” and “deeply horrifying;” yet it took weeks before he was sanctioned and expelled — although he officially dimitted — from the Order of Journalists. And the young girl who was violated twice, first by her attacker and later by the press, was lost in the shuffle. It should have been a wake up call, but instead it was business as usual.

Journalists in Italy cover violence against women with pandering terms like “man-monster” and “weak victim,” and this dangerous narrative has had a profound effect on how society itself views these crimes. However, when one of the hallmarks of a democratic society is a free press, calling for any kind of check on its content is almost immediately seen as censorship. But is this freedom absolute? With rights should also come responsibilities, and in an age where information is so readily available, the freedom to speak is too often conflated with the freedom to say anything. While people can certainly choose what to listen to and what to avoid, the louder and more influential the press the more likely they are to be heard, despite our best efforts. When women’s lives and deaths become fodder for the Italian press, should they be held responsible for the outcome?

Sensationalism sells and we’re all buying

Today’s reader requires everything quickly and easily digestible, and we scroll the news section with the same appetite. We pay less attention to information and focus instead on catchy titles, drawing our conclusions from these crumbs. And we’re moving more towards junk: studies have shown that sensational content is usually watched or read for twice as long as neutral content by viewers. Media has responded by giving in to the urge to write sensational articles which immediately attract people’s attention. The competition for a larger audience means that the fallout of this sensationalism is secondary to the payoff. When this tendency involves femicide, the media thus inadvertently cooperates in promoting a discourse that reinforces violence against women.

To fight this trend, the European Commission highlighted the role of media in the prevention of violence against women, creating a guide for journalists to help combat potential aggression, to increase awareness of the problem, and to provide resources to victims. The project showed that the media were largely looking for sensational stories that would sell, without taking into consideration that faulty information or superficial coverage would only increase the tendency to blame victims. The result is harmful not only for the victim and the victim’s family, but also for the larger audience, who instead focuses its attention on details such as age, the appropriate or less appropriate dress, the behavior of the victim or the use of alcohol or drugs. Still worse, this type of coverage tends towards an implied justification for acts of violence and may foster a legitimization of the behavior. In particular, young men and women read this type of journalism and tend to justify the perpetrator’s actions, even if they find them reprehensible.

Ultimately, the tendency towards clickbait endangers victims and perpetrates a system that makes women more afraid and men less conscious. Journalists give excessive attention to the perpetrator’s life, feelings and reputation rather than the victim’s, as in a 2017 case when a young killer is kindly described as “the boyfriend” that killed her because of “his love.” In another episode from 2016, a man justifies the killing of his ex-girlfriend because “he couldn’t stand the idea of her with someone else.” Men are portrayed as characters in a novel: their actions are a “burst of jealousy,” the result of a “sick love,” or even a “loss of control.” When talking about the victim, she is usually beautiful though naïve, a woman who may not have deserved it but certainly could have avoided it had she known better. By using this language, the media subtly justify the act and as we digest it, so do we.

The rights and responsibilities of Italian media

During the same week that Vittorio Feltri published his op-ed about the Genova rape, the popular Rai show Detto Fatto aired a segment that instructed women on how to ‘sensually shop’, with models in high heels and mini-shorts straddling supermarket displays. That same week, on November 25, Italy commemorated the International Day observing Violence Against Women. It seems many of us still have not gotten the message, and with media like this its no wonder why.

A change in the language and use of terminology is necessary and long overdue in Italy. These tendencies didn’t start with Vittorio Feltri and they won’t end with him until both journalist and media promote a culture which protects the weakest, preserves victims’ dignity and respects the intellect of its readers. Words and images are a powerful tool against violence, and the particular tragedies of gender-based crimes like rape, domestic abuse, and femicide need to be vilified, not valorized.

In liberal democracies, the press is often referred to as the fourth estate, an arm of society that is free to operate as an advocate for the public and a check on the government. Journalists are also held to a code of integrity and standards with four main principles, the first of which is to “minimize harm:” show compassion for the victims, avoid pandering to the lurid curiosity of the readers and provide balanced information. However this ‘do no harm’ directive can come into conflict with another: “always seek truth and report it.” Journalists are in a difficult position: media ethics and the personal ethical perspective of the specific press agency or journalist may be opposed, which is reflected in the words that they write. But let’s not pretend that journalism isn’t a business, and one of the basic rules of business is, sex sells. The infiltration of sensationalist journalism into mainstream media is as much a story of profit as it is one of public interest.

Perhaps nowhere is this more true than in Italy, where media conglomerates are owned and operated by some of the most notorious families in the country. The exploitation of women is a persistent theme, and their coverage can run from the absurd to the abusive. As violence against women in Italy becomes more widely discussed, it also becomes more vulnerable to manipulation by those who are charged with reporting on it. Like it or not, people like Vittorio Feltri have a large audience. However, with that public status comes the responsibility to balance between reporting the truth and minimizing harm, and we have to start holding our journalists to account just as we hold our leaders.