One Region, Two Outcomes: The Failure Of Bolzano’s COVID-19 Strategy

The dramatic epidemiological situation in the autonomous province has revealed how trust and cooperation with the central government is important. 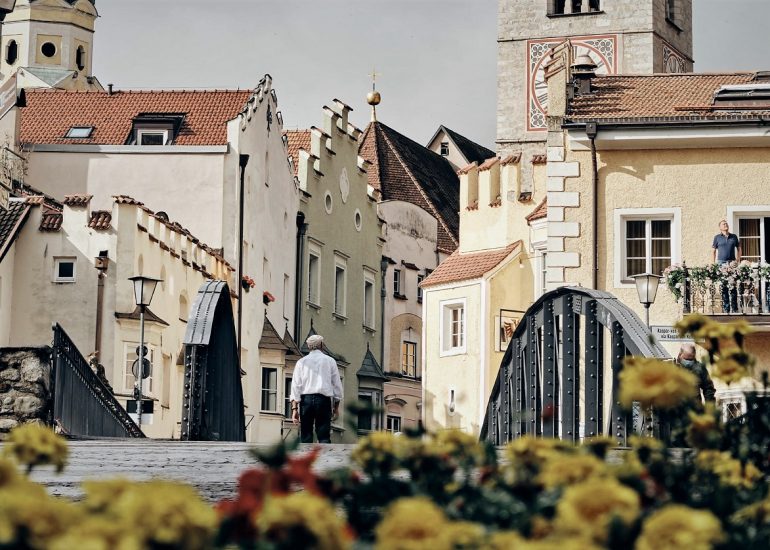 The management of the COVID-19 health and economic crisis by the Italian provinces and regions has been a much discussed issue since the outbreak of the pandemic at the beginning of 2020.

After initial successes, underpinned by a strong sense of national cohesion in the local administrations, the autonomous mindset has returned to dominance. Reciprocal accusations of failing to act on their respective responsibilities have been the bread and butter of relations between Rome and the peripheral administrations throughout the crisis.

Bolzano, one of the autonomous provinces, along with Trentino, at the extreme north of Italy, has been a case in point. It has sought to exercise its own autonomy in a distinctly liberal way, interpreting the management of the pandemic as a sort of competition between local and central governments, instead of a global challenge to be fought together.

However, the situation in which Bolzano has found itself today has shown that the antagonism towards Rome has not paid off. Indeed, the failure of Bolzano’s COVID-19 strategy is plain to see. It has now been declared a red zone not just by the Italian technical-scientific committee, but by the European Centre for Disease Prevention and Control too.

As already explained, the Province of Bolzano, also called South Tyrol, is an autonomous border territory. Its principal language is German and its administration enjoys an executive and legislative power as well as a huge degree of freedom in different policy areas.

As a result of its history, the province of Bolzano and its main political party — the SVP, currently forming the majority in the provincial council along with the League — have been politically and culturally oriented towards Austria and Germany. And they have long been held up as virtuous examples of excellent administration and efficient welfare.

In this context, distrust towards the national government is more an evergreen issue than a result of the pandemic crisis. Indeed, the (sometimes legitimate) presumption of superiority over the central government in its political and administrative model is a constant of South-Tyrolean politics. But why then are the national and international media speaking about the great failures of the South-Tyrolean way?

Lately, epidemiological data on the development of the pandemic among the population in South Tyrol have been very worrying. As a result, a hard lockdown has been introduced and will last until the end of the month. At the moment, schools, stores, bars, restaurants — all the places where people would potentially gather — are closed.

To date, the health system is under great strain, mostly due to the high rate of patients in intensive care. In recent days, this has always been above 40 occupied beds. Compared to the 100 available places that the province declares, this places the system above the 30% danger threshold set at national level. Yet, while the province claims 100 ICU beds, voices from inside have disputed this figure. According to them, in extreme cases, the province may reach a maximum of 67 places.

The fragility of the local health system is also demonstrated by the latest appeal of Bolzano’s nurses, who report exhaustion and worsening mental and physical conditions. Furthermore, they have demanded that politics become more self-critical and change the way decisions are being made. These, they claim, are being taken by small numbers of decision-makers, without consulting with those who are really active in the field.

Has Bolzano had the right COVID-19 strategy?

Unfortunately, the dramatic situation experienced today in Bolzano is the result of a deeply rooted belief that, due to its well-known efficiency, South Tyrol can manage by itself.

Let’s look just at the second pandemic wave, from autumn until today. Arnold Kompatscher, the governor of the Bolzano province, has made a number of decisions in open contradiction of national directives. After a massive testing program at the end of November, which revealed a 0.9% positivity rate among 343,227 people tested, the guard has been lowered and the economy has been consistently prioritized over health.

For the Christmas holidays, for example, restrictions were milder than those at a national level, whereas the movement between municipalities was completely free. Basically, very little was done in South Tyrol to avoid large Christmas gatherings, while Kompatscher and other politicians criticized national measures that meant people “had to walk around with their agenda in their hands.”

Furthermore, after Epiphany, while the national government suggested a cautious approach and a gradual opening, the provincial administration in Bolzano decided to immediately open the majority of business. For what concerned winter sports, the ski lifts were closed, but people still gathered in chalets and restaurants to eat and drink.

The final result is that the provincial administration has had to make a sudden embarrassing U-turn. Bolzano’s COVID-19 strategy has revealed the weaknesses of an a priori contrarian approach to national decisions — as well as the dangers of politicizing the fight against the COVID-19 virus.

The future of the autonomous regions

Bolzano’s Covid-19 strategy has put the focus on a long-lasting problem in the administration of the autonomous Italian territories. The lack of legislative clarity in the division of responsibilities, as well as the continuous antagonism between the different levels of government (local, provincial, regional and national), have brought about a never-ending, counterproductive challenge between who can better manage a problem — namely, the pandemic — that is global and interconnected.

For now, Italy and especially its autonomous provinces need to re-think their relations and their priorities. It should go without saying that that should be the health and well-being of its citizens. Because their competition can only have losers.