Despite being the ‘sick man of Europe’, Italy retains a spot among the highest echelon of international powers. How do they do it? 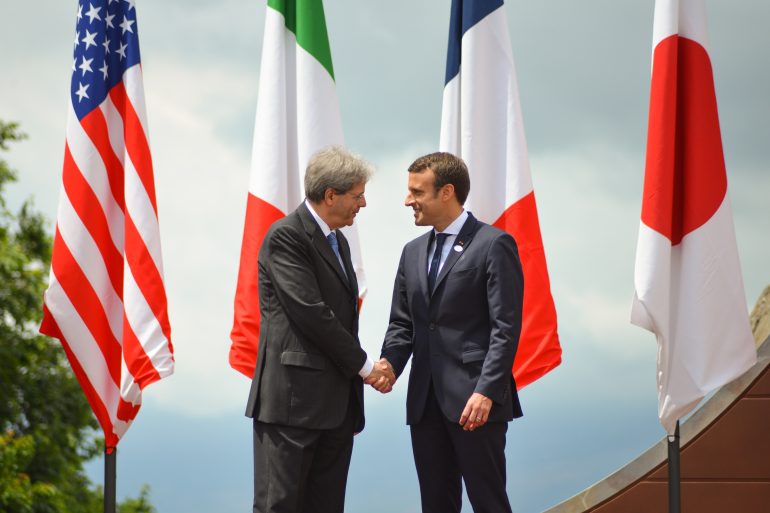 Despite persistent economic instability and widespread corruption, Italy retains a spot among the highest echelon of international powers. How do they do it?

Some of the great pundits take particular joy in labelling Italy as ‘the sick man of Europe’, an easy metaphor that is helped by sclerotic economic performance and pervasive institutional corruption. However, the country is still a part of the most hallowed circles of international power. From the European Union to NATO to the G7,  Italy has a solid footing in international affairs. Even the notorious Italian economy, despite its downturn trend, has managed to maintain the 9th spot for GDP in the world. Not bad for a sick man.

Of course, it is understandable that Italy’s paradoxical formula of dysfunction and progress would be confusing to those for whom politics is still a zero-sum game. Reality is always messier. Italy’s reputation as the lesser country among the ranks of great powers has its roots in its late unification process and the surrounding geopolitical context. When Garibaldi and King Victor Emmanuel II established the Italian Kingdom in 1861, there were already other bred-in-the-bone superpowers. While France, Spain, the United Kingdom, Russia, and the Austrian empire were stuck in a centuries-old scrum for control, Italy was an infant nation taking its first steps.

As it happens in any happy family, this process raised issues concerning Italy’s international recognition as a sovereign State. While the United Kingdom and the United States were the first to grant international acknowledgement, others (i.e. France, Prussia, and Russia) saw Italian statehood as a threat to a European balance. The Austrian Empire held out the longest, recognizing the country only in 1866 and only because former Austrian territories were now under Italy’s control.

Solidifying a sovereign nation was just the first of newly minted Italy’s problems. The first leaders faced large debt, scarce investments, an absence of education, corruption, and the North-South gap. Sound familiar? Despite these thorny issues, the ruling class sought glory abroad, mimicking other European powers by settling colonies in Africa. Of course, colonial conquest is easier said that done and Italy only managed a presence in resource-scarce Eritrea and Somalia. Even those ventures would prove costly, both in coin and reputation: the crushing defeat of Adwa (or Adua) in 1896 placed a badge of shame and ineptitude on the Italians, the first European soldiers to meet their Waterloo against African forces.

The kick in the teeth by Ethiopians shifted the Italians’ focus toward internal affairs, which was ultimately a blessing, as the ban on venturesome expeditions overseas brought stability that the country desperately needed to bolster its economy. Consequently, gross and per-capita GDP respectively snowballed by a staggering 2.4 and 1.6% per year between 1897 and 1913. But the more the gap narrowed between Italy and other great powers, the more the Italian ruling class yearned to show its grandeur. This thirst for glory was pivotal for the future of the country in both the conquest of the Lybian colony (1911-1912) and in particular, the First World War.

In its early days as a modern nation state, Italy took slow but necessary steps to solve its deep-rooted issues and develop a modern economic and political infrastructure. But there’s nothing quite like a World War to flex your muscle, and Italy couldn’t resist the urge to shout from the rooftops that it was a great power, worthy of pride.

And that’s what happened. When the war broke out on July 28, 1914, a defensive alliance bound Germany, the Austrian Empire, and Italy (the so-called Triple Alliance) against France, Russia, and the United Kingdom (the so-called Entente). But Italians do have the tendency to master a unique skill, particularly useful in politics: exploiting loopholes in every law. Due to the nature of the pact and because the Austrians were the instigators, Italian forced didn’t have to back them up even though they were technically allies. Instead, while European countries were hacking themselves into bits, Italy sat peacefully aside for a year, holding back their support until one side came out on top.  Eventually, enticed by substantial gains of new dominions Italy signed the secret Treaty of London, turning its back on the Triple Alliance and joining the Entente in 1915.

… and its shocking outcome

Switching sides in exchange for territories is a time tested and brilliant tactical move, and despite having an economy was certainly not ready for large-scale warfare Italy was clearly one of the winners when the dust settled in 1918. Being placed on par with France and the United Kingdom was a major coup, and has subsequently remained at the very heart of Italian foreign policy for decades. But all of this great power posturing came at a dramatic cost. Italy spent more on the conflict than it had in the previous 50 years, incurring a debt that was only paid back in the 1970s. It also recorded 600,000 casualties during the war, a grim calculus which can only make any gains seem meager in balance. However, in the wake of the Great War Italy joined an elite club made up of the U.S., the United Kingdom, and France. The Great Powers.

Despite this vaunted status, the actual cost of World War I weighed heavily on Italians. They harbored deep resentment against the Versailles peace treaty and its architects, whose terms promised much yet delivered little. The economic breakdown, bitterness, and lack of territorial cohesion made it easy for Benito Mussolini to grab what power there was in Italy. In reality, the conditions were ideal for someone like him: Fascism was perfect for a foreign policy based on demonstrating Italy’s grandeur without having the deep pockets and resources to actually back it up. We all know how that worked out.

Mussolini followed Hitler’s footsteps in opening separate fronts in Greece and Africa during WWII, only to ask German help when facing challenging times. Its former allies would have known that Italy was the perfect target to chip away at the nazi-fascist Axis and by 1943 Allied troops had overrun Italian forces, freeing the Southern part of the peninsula from Fascism. Because those pesky pre-war problems never really went away, Northern Italy became the battleground for a civil war between nazi-fascist and anti-fascist soldiers, with the latter emerging victorious.

Defeat and recovery after the war

Unable to catch lightning in a bottle for a second time, Italy was on the wrong side of the barricades when the Second World War ended in September 1945. Under the terms of the Paris peace treaty in 1947, the country gave up all claims to foreign territories and lost its colonies. Losing the war meant that Italy lost the status it had briefly held on the world stage. Winning WWI had granted Italy a permanent seat in the League of Nations, the international body responsible for resolving disputes between states; their loss in WWII prohibted Italy to sit as a permanent member of the Security Council in the newly-born United Nations, which replaced the old League. Even today, victors of the Second World War hold permanent membership of the UN Security Council, arguably the most powerful organ of the organization, charged with maintaining peace and international security.

Yet although the wind was knocked out of its sails, Italy was bowed but unbroken. Indeed, in the two decades after 1945, the economy bounced back with quantum speed, defying conventional wisdom once again. After the economic miracle in the 1950s, Italy joined the most developed nations in both NATO and the Group of Seven (G7, the top-tier countries in the world). And of course, Italy played a pivotal role in both the founding and expansion of the European Union. The Marshall plan, coupled with the collateral benefits of being an important geopolitical partner in a world order dominated by newly anointed Superpowers, boosted Italy’s economic and political capital. Once again, fortune turned a once rural backwater into one of the world’s most dynamic industrial countries.

Losing World War II undoubtedly diminished Italy’s status as a great power but its admission into global organizations, strategic alliances with the U.S. and a thriving economy granted a new, subtle, softer power to Italy. Despite its unstable political system, widespread corruption, and lack of atomic bombs, the country still manages to exercise global influence. The tight relationships with the Papacy, the long tradition of art, style, beauty, and cuisine all combine to grant Italy cultural superpower status. During the most peaceful period the world has experienced, maybe it’s not such a bad thing to be the least great power.