The Importance Of Being Chiara Ferragni

Her transformation from a blogger to a multi-millionaire public figure set the standard for a generation of influencers to follow. 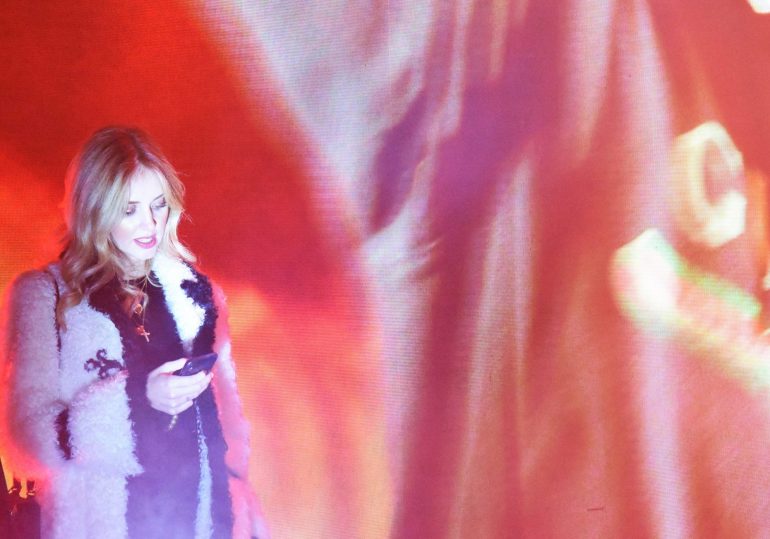 With an estimated net worth of about €30 million in 2017 and more than 22 million followers on Instagram, Chiara Ferragni is one of the most famous businesswomen in the world. Beginning as a blogger, she progressively developed her brand and commercial activities into a portrayal of her own life as the Chiara Ferragni phenomenon. So how did she go from street stylist to superpower?

The first act of Chiara Ferragni

Blogs were still a novelty in the early 2000s, but Ferragni decided to plunge headfirst into the medium with The Blonde Salad, where she shared her passion for photography and fashion with a growing online community. Ferragni and Riccardo Pozzoli, her boyfriend at the time, purchased both the domain name and a camera in 2009, unaware that they were at the vanguard of the social media revolution.

From the very beginning, Ferragni’s success seemed to be unstoppable. Writing blog posts in both Italian and in English gave her even greater international visibility. When Instagram debuted and became the go-to platform for eye candy, Ferragni’s profile and follower count surged. Not long after came the fashion partnership offers from global brands like Guess, Steve Madden, Swarovsky, and a deal to become a global brand ambassador for the hair care company Pantene. In only 6 years, her fashion blog became so widely popular that it was used in a Harvard Business School case study looking at digital marketing strategies. Chiara Ferragni’s shrewd management of her presence on online social platforms, active interaction with her followers, and perseverance, turned her into a brand builder before anyone had even thought of it.

Chiara Ferragni progressively consolidated her public figure while simultaneously dividing her business empire into two distinct streams. On her Instagram profile, she posts fashion tips, lifestyle advice and a chronicle of her daily life. The Blonde Salad and Chiara Ferragni brands, along with the resulting commercial partnerships which ultimately benefit from her presence on social media, are distinct entities. This divide helps Ferragni navigate the tricky world of brand management in an age where authenticity is a carefully curated product. As her public presence grew to iconic status, the private dimensions of her life were reduced. However, she has seemingly leaned into this public/private divide, voluntarily sharing details of her adopted American lifestyle, lunches and dinners with friends, family gatherings and relationships without sparing the details. Paradoxically, her candor has made her an even more successful businesswoman.

Perhaps, as Roberto Pozzoli explained, Chiara Ferragni’s charisma and genuine charm, along with keen strategic instincts and a healthy dose of good timing, helped to cement her iconic status. He would know: the former boyfriend remained her business partner and has helped to support her career transition into a self-made woman who surpassed the social media sphere. Chiara Ferragni defined what it means to be an influencer, and she continues to do so at a global level.

The many faces of Chiara Ferragni

Ferragni ascended to a new level of fame as the first wave of the COVID-19 pandemic hit Italy especially hard in the Lombardy region and her hometown of Milan. At the beginning of March, she dedicated a crowdfunding campaign to fund the purchase of equipment needed to increase the number of intensive care beds in the San Raffaele hospital, near Milan. In the first few days, the dedicated GoFundMe campaign collected over €4.4 million, which was added to a €100,000 donation directly from Ferragni and her husband, the rapper Fedez.

But Ferragni’s efforts didn’t stop at financial support. Her ability to create a strong connection with her followers reinforced her position as an influencer not just for fashion, but for health and safety measures during the pandemic. She shared best-practices to protect against COVID-19 infection and she participated (and filmed) the daily applause session from balconies around Italy. So prolific was her influence that Italian Prime Minister Giuseppe Conte recruited Chiara Ferragni and Fedez to support the government’s campaign for limiting infections. If it sounded absurd to some, it was only because they were living in the past and had not yet realized the reach of  Ferragnez. But many more did realize it, and they recognized her for it. Chiara Ferragni was awarded the Ambrogino d’Oro for her contributions to the city of Milan in the midst of unprecedented challenges.

As her popularity has grown, Chiara Ferragni has positioned herself as an approachable icon, fashionable yet friendly. Her journey is one of innovation and entrepreneurship, of reinvention and transformation. She started out young, almost too young, but never lost the plot: instead, she has developed professional credibility and a digital presence that served as a template for a generation of influencers. None have yet to match her success.