One Park At A Time: Francesco Dalla Gassa

The activist working to save the last green space in Creazzo knows that when it comes to climate change, every inch counts. 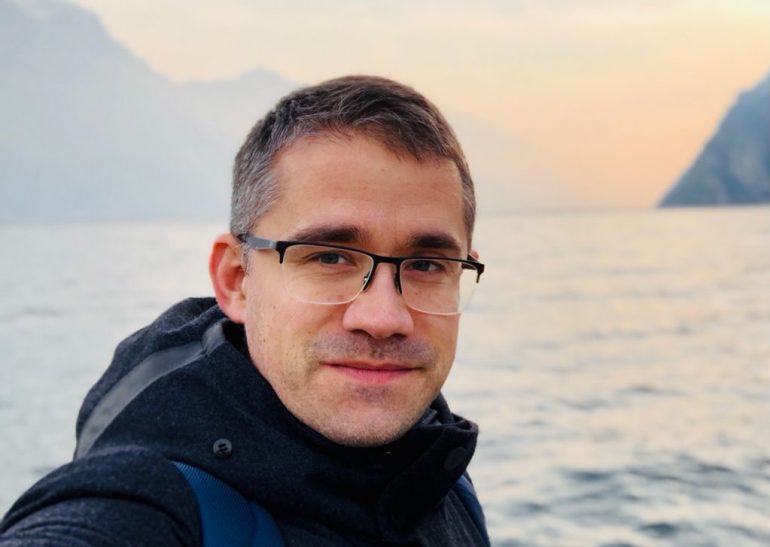 Francesco Dalla Gassa is fighting climate change starting from his own local community.

Francesco Dalla Gassa grew up as a boy scout, and the instinct has never really left him. “I have always loved walking around in the rain and waking up in the middle of the mountains with the morning fresh air, which is more powerful than any coffee. These experiences helped me keep an eye on nature.” Now an in-house intellectual property attorney, proud husband and father of a 5-year-old daughter and a 6-month-old son, Dalla Gassa founded ‘Polenta, Sopressa & Clima’, a local environmental charity named after a traditional Veneto dish of boiled cornbread and salami. The idea came to him as an epiphany while listening to a speaker at a climate change conference, who stated that millennials were the last generation who could act in time to affect positive climate change. “I am someone who’s naturally restless and I wanted to be able to tell my children that when it was needed, I had acted for a better future for them.”

A tree grows in Creazzo

The occasion to act on his convictions came in a surprising and perhaps paradoxical form, in the small town of Creazzo. Bordering Vicenza, the town is most well known for its broccoli fiolaro, a type of cabbage that was once a staple of la cucina povera and is today a feature on Michelin starred menus in the area. But Francesco Dalla Gassa was interested in a different type of produce: a parish owned a large green area in the center of the town that was originally intended to be the site of a prospective church. However, after 20 years and neither the funding nor the plans to build it, the land was handed back to the local municipality. Instead of conserving the space for outdoor public use, the town laid out its intention to use it for a library. The decision posed a complicated challenge for residents: “A local library is needed in our town, no one would state the contrary,” Dalla Gassa emphasizes. “[However], in light of the many environmental considerations and absence of other available green areas nearby, this land is fundamental.”

To make the case for green space, Dalla Gassa as ‘Polenta, Sopressa & Clima’ teamed up with Azione Cattolica Creazzo, G.A.S Creazzo, AGESCI Crezzo, Legambiente Creazzo, Consiglio Pastorale Unitario, Comitato Sagra San Nicola, Circolo Noi Creazzo to lobby the local government. As it is the only green area within the borders of the town, preserving this space meant not only protecting the biodiversity of the town but the ability for its residents to have access to a safe, well maintained outdoor area.

This is particularly important in a town like Creazzo. Its proximity to both the larger city of Vicenza and a number of highways means that the air quality suffers from a high quantity of particulate matter (PM). The link between air pollution and health risks is quickly gaining traction around the world: the 201 death of a young girl in England was finally attributed to air pollution in 2020, and the findings have put further pressure on the UK government to take air quality much more seriously in policymaking. In addition, studies have outlined the relationship between PM levels and COVID-19 cases, which could go far towards explaining why the Lombardy and Veneto regions of Italy, both with high PM levels, subsequently recorded the highest number of COVID-19 cases.

Regional governments are well aware of the dangers of high levels of particulate matter, and a 2004 ruling supports the creation of more green spaces to combat these levels. That law, written specifically to achieve the 2030 Agenda goals, should support the movement of which Dalla Gassa is a part. As of this writing, a final decision has not been handed down, but the local administration is set to meet with the charities again in a few months. While there may be resistance, Dalla Gassa is undeterred. “All the charities are working together for a common goal in the hope that we can use an existent building for the library instead of building a new one.”

Francesco Dalla Gassa’s activist journey began two years ago with a post on Facebook looking for volunteers living in Creazzo who would help organize a local public climate change conference. A small group was formed with 12 people who initially started sharing articles and reports about the issue and went on to organize two public conferences.

“There were two symbolic moments during this period. The first was when we chose the title of the conferences: to ‘win the climate challenge’ rather than ‘winning’ climate change. It is a challenge that requires change, and we wanted to convey an effective and positive message. The second symbolic moment was when we chose a name Polenta, Sopressa, & Clima for this group of people that currently includes [myself], Davide Donatello, Rossella Sibella, Erika Rigotto, and Barbara Carmellini.” It is a perfect name for a local charity, he explains, because the climate challenge is local and distinctive to where you live. “We wanted to convey that we each have our own polenta and sopressa.”

Since then, he has gone on to join the more than 20,000 people trained in Former US President Al Gore’s Climate Reality Project and, like coordinator Paola Fiore, has become a leader in the movement. But while activism has become a central theme in Dalla Gassa’s life, he knows that it might not be the same for everyone; but according to him, it doesn’t need to be. “I was listening to an organizers’ podcast,” Francesco recalls, “who listed 5 steps to start doing something and the first step is to start doing whatever small action to begin. This is what we do with our charity Polenta Sopressa & Clima. We believe climate action is a process.” Indeed, this is what makes their work essential: it shows that if we each cared about our local community and spoke out about it, we could make important inroads to decreasing the types of pollution that affects us at a global level. Examples are everywhere: small steps such as changing energy providers can encourage others to follow suit. But the challenge of getting people on board is considerable, and he knows it: “This can be caused by a cultural limitation that makes it difficult to start. Acting for climate mitigation is like trying to stop smoking: you know you have to do it, you know it’s good for your health, but it is damn hard.”

But every little bit really does help. Indeed, it may be even more beneficial to ‘start small’ when it comes to climate action, as research confirms that ‘climate anxiety’ may do more harm than good for those with even the best intentions. Dalla Gassa emphasizes that people should not romanticize the issue nor go to the opposite extreme and immerse themselves in the identity of an ‘activist’, relying on bursts of short-term enthusiasm. “[That] cannot guarantee consistency, which is provided instead by science and concrete awareness. A sense of urgency is unfortunately necessary, and we should absorb information slowly. The IPCC reports are a great starting point and for Italian speakers, the Centro CMCC’s articles are a reliable and clear source. I do not consider the press as a reliable source. Since this is a systemic crisis, we cannot be confused about what is actually happening to fight narratives that promote inaction.”

Un Giardino nel Centro is a perfect example of how green space can improve the quality of life for the local community while also combating environmental pollution. It also shows that governments and decision-makers have a responsibility to do their part, just as we have a responsibility to remind them of this obligation. But as the former boy scout turned climate activist shows, it is worth the fight.