What Rights Do Italian Grandparents Have?

In family crisis, the relationship between a grandparent and their grandchild can entirely depend on the parents in conflict. 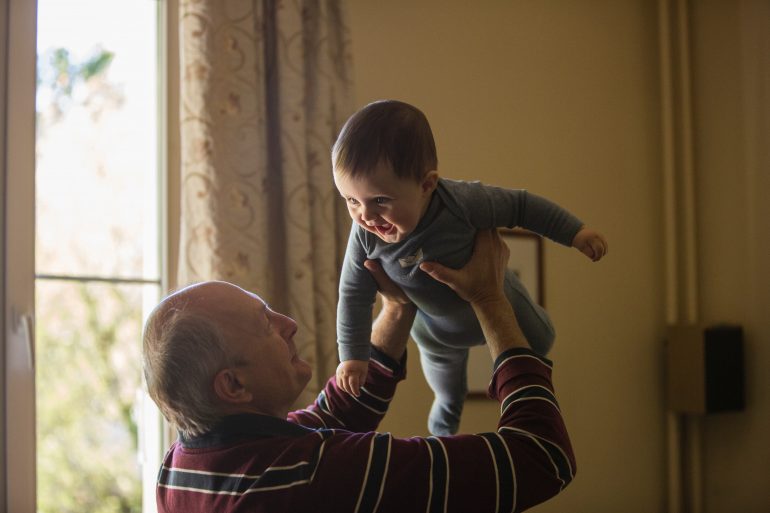 Photo by Johnny Cohen on Unsplash.

The divorce rate in Italy increased by 60% in 2020, according to Italy’s National Divorce Association. “The requests for separation have increased a lot, mainly due to forced coexistence,” the association’s president, family laywer Matteo Santini told Sky TG 24. “Forced coexistence” — that’s COVID-19, of course. In our strange reality, we react to these headlines as if they were somehow normal.

Behind the headlines, however, there are so many lives that are affected by these numbers. It’s not just the couples directly involved that have to bear the consequences of these separations (due to COVID and to Italy’s changing attitude to marriage). This disturbing development impacts children perhaps most of all. It is the kids who are left to cope with the new reality that their parents, no longer willing to hide behind a façade of respectability, impose upon them.

But what rights do grandparents have in these moments of family trauma? In this article, I want to take a look at the law surrounding these older family members. Obviously, grandparents are not at the center of these family crises — and most legal systems emphasize that the rights of grandparents cannot supplant the primary rights of parents and of children. That’s pretty clear.

As such, we shouldn’t be discussing the rights of grandparents, but rather the basic rights of children to a good quality of life. In some cases, grandparents may have an important role or may even be key to ensuring this. In others, they may not. And while grandparents may be affected by the growing incidence of divorce, the children should always come first.

Children, their grandparents, and family crisis: some general observations

What is the starting point for determining what role a grandparent can play in a family crisis? Perhaps that’s the ‘intact family’, where parents are in a stable relationship.

In these situations, parents alone have the right to make decisions for their children, and that includes grandparents’ right to access. For most children, grandparents are a healthy part of the family circle but there are grandparents whose presence is detrimental to family harmony. Of course, children must be protected here too.

In marriage breakdown, meanwhile, the relationship between a grandparent and their grandchild can depend on the parents in conflict. Grandparents who are available to step in can be essential for the child’s well-being and may even contribute to the eventual healing of the couple in conflict. Yet, there are also examples of marriage break-ups being attributed to the intrusion of parents in the couple’s lives.  When a spouse accuses the parents-in-law of being the cause of marital breakdown, he/she may well refuse them their visiting rights. When a parent is guilty of a serious misdemeanor he/she can be denied access to their child. The offended parent will most likely not want the parents-in-law to have access to the child and has the right to demand this.

Finally, in situations of family trauma — be it ‘forced coexistence’, separation, parent illness, imprisonment or death — it is the child’s right to have some semblance of ‘normality’ created for them. If grandparents can contribute to a minimum of ‘normality in abnormal circumstances’, then they must be involved in their grandchild’s life. Obviously, this will depend on the nature of the trauma, but Art. 148 of the Italian Civil Code and the successive Art. 315 passed in 2013 establish that this right, or duty, is binding until the child reaches adulthood.

What happens when the family dynamic changes or when a husband and wife, for whatever reason, need and allow their children’s grandparents to step in and become surrogate parents? The grandparents must always ensure that the children, particularly the very young ones, understand who’s who in the new dynamic. If the parents resolve their crisis and the Court decides they are capable of once again being primary caregivers, the grandparents must revert to their original role. Having brought up their grandchildren for a period of time does not give them any automatic long-term right to being their permanent guardians.

Family law in Italy recognizes the importance of grandparents

In Italy specifically, what rights do grandparents have? Well this all goes back to the 1970s, with the Family Rights Reform of 1975 and, particularly, Law 151 on equality between spouses. Prior to this, family relationships were defined by the Marriage Contract so children born out of wedlock had no rights. The theory was that the “legitimate family” had to be protected from outside intrusions, especially in matters of maintenance and succession. However, with this reform, the terms “legitimate,” “illegitimate,” “adopted” would be eliminated when referring to a person’s children.

Later reform extended the terms of the rights of children further — and that of grandparents. In 2006, Family Reform Law 54 recognized the right of the child to maintain a significant relationship with their grandparents. This law states that: “even if the parents separate, the child has the right to maintain meaningful relationships with relatives of each branch of parenting.” This obviously includes grandparents. But notice that it is the child’s right, not the grandparent’s.

Interestingly, the ruling recognizes the importance that the knowledge and presence of grandparents assume in the education and growth of minors: “The relationship of children with their grandparents is part of the necessary cultural experience that minors must have in view of a complete formation of their personality.” The relationship must, of course, contribute to the well-being of the child and his serene and balanced growth.

However, serene extended family relationships cannot be imposed by a judge. But grandparents may request the court to ascertain whether a parent’s decision to unfairly suppress access is detrimental to the wellbeing of the child and therefore illegal. The principle behind this reform is to have in place a mechanism that will protect the quality of life of the child in the event of parents’ incapacitation, divorce or death.

But what is the dividing line between the right of the grandparent and the interest of the grandchild? The Supreme Court has stressed on several occasions that if the minor expresses proven discomfort when frequenting his grandparents, the latter’s right must necessarily be denied — even in the absence or the incapacity of one or both parents. Alternatives must be found either within the extended family or outside it.

In cases where all four grandparents are available or fight for the right to have custody of the child at the center of a family crisis, the child will be consulted by the appropriate professionals and his/her wishes will almost always be acted on. In Italian law, the right of the child is paramount.

While within one country children have protection under the law, children in international family breakdowns are probably the most vulnerable. Their rights are not always at the forefront of legal disputes — let alone the role of grandparents.

In the EU, for example, family law is the competence of the single member states. But, in today’s world where people are increasingly mobile, there are more and more families made up of people from different EU countries and from combined EU/non-EU states. There are currently around 16 million international couples in Europe.

Yet, luckily, there are EU rules. These apply only in cross-border cases. Inevitably, when international families break up, their members often end up living in different countries with consequent difficulties for children. The questions at the heart of child issues may depend on which court a divorce application is filed in and which country’s law is applicable. The enforcement of maintenance obligations abroad and custodial issues in the event of death all make child protection more difficult in such scenarios. A special legislative procedure is in place for such situations. All EU countries involved have to agree and the European Parliament must be consulted.

And what are the rights of grandparents in this context? In January 2015, the European Count of Human Rights condemned Italy for violating Art. 8 of the European Convention. Why? For forbidding access to a child’s grandparents in the landmark Manuello and Nevi case — in which an Italian court cited the child’s best interest in preventing contact of two paternal grandparents after the son’s allegations of sexual offences. In this case, the ECHR found that the grandparents’ contact rights were contravened.

The legal route is rocky

Sometimes, though, all attempts to reach an amicable solution fail and grandparents wanting access to grandchildren have no option but the legal one. Plaintiffs should be aware, however, that legal action will almost certainly bring an end to friendly adult relationships and may not be in the best interest of the child they love.

So, in the end, what rights do grandparents have over their grandchildren? All told, the best advice for grandparents at the center of family breakdown is to try and repair, where possible, relationships with the parents of their grandchildren. The legal route is challenging and risks scarring all involved. Grandchildren are not one’s children. Grandparents do not have automatic control in their upbringing in a family crisis. It must be granted to them.

The only exceptions, and they apply to all jurisdictions, is if they are certain that a grandchild is in a physically, mentally or emotionally abusive situation at the hands of one or both parents, or if they are certain that parents are ignoring or tolerating their child being abused by an extended family member or outsider. In such cases, the grandparent must act as a citizen rather than as a grandparent.

My thanks to Avv. Sonia Pascuzzi, specialist in International Family Law for her valuable input.