Sex and violence are recurring themes in all cultural products, and Catholicism is no exception. 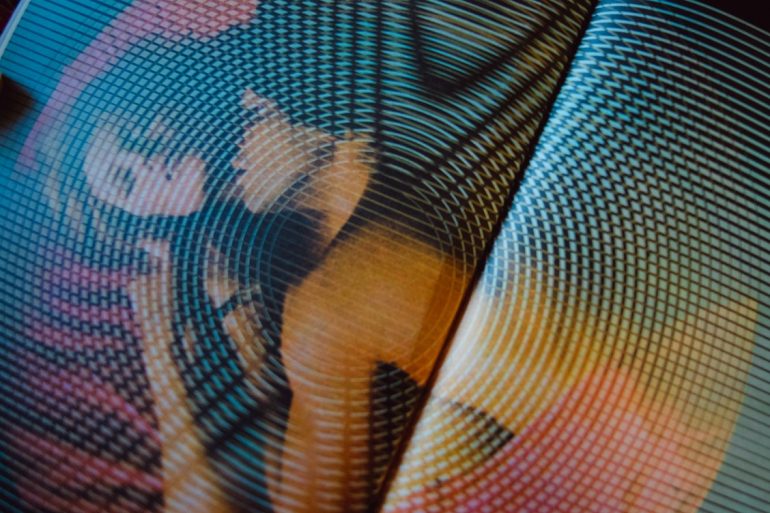 Photo by Cyrus Crossan on Unsplash.

I wrote this piece about a year ago but never did anything with it. I stumbled upon it while watching the hearings on the nomination of Amy Coney Barrett to be a justice on the United States Supreme Court, and found it to be relevant to some of the topics that invigorated those hearings. I present it here as perhaps containing some useful insights into Italian life, animated as it is to a strong degree by the Catholic Church and Catholicism as a culture and doctrine.

In a previous article I discussed the prevalence of violence in Catholic iconography, and how it has its counterpart in contemporary popular culture. Far from being a relic of a crude and uncultured past, I suggested, violence is still very much a part of who we are, very much a part of nature in general and of human nature in particular. Where there is violence, sex cannot be far behind, so I want to touch on the topic briefly to see where it might lead.

Before I begin on the main argument, however, I would like to lay out a mini argument that will relieve the theme of what I consider to be a nagging misconception. It is something that I have written about before, namely the problem of separating the religious from the secular. The way I see it, everything is secular, meaning literally ‘of the earth’. The way the binary is commonly engaged, the only thing that separates religious and secular phenomena seems to be the inclusion of the supernatural in religious practice, but since the supernatural exists only in the human imagination, or does not exist at all from the perspective of science, is it not a product or capacity of very earthly human beings, and therefore properly categorized as secular? In other words, if heaven does not exist in material form, it exists only in the wonderfully inventive imaginations of human beings. If heaven does exist, then it is necessarily part of nature, and therefore not supernatural at all. So I don’t see how anything can really be supernatural, ultimately, because even an imaginary of the supernatural is natural, according to the logic I present above. This is not a problem that is unique to the religious versus secular debate; many binaries are at least worthy of interrogation once you start to think about them: black/white and male/female are just two examples.

With that being said, let us look at the relationship between sex and religion or, really, between sex and the Catholic faith. Catholicism, at least in the United States, where it is culturally inflected by Irish and Latino culture, as well as Protestant forms of Christianity, seems to be burdened by a paradox. Catholicism, and Christianity more generally, but especially Catholicism, is believed to be, at least by an unwashed public, a sexually repressive religion, especially as it treats women and female sexuality. I will not reconstruct the arguments here, since I find them contradictory and unconvincing, but they typically draw on the idea of virgin birth and clerical celibacy, and a purported science denialism that excludes a healthy understanding of the human body and sex as a normal biological and psychological function, something that Catholic doctrine is apparently opposed to or in conflict with, at least according to its critics.

At the same time Catholics, and again I am using American Catholicism as my reference point, are thought to be oversexed. The most common instance of this belief is the idea that Catholics have large families, and as a corollary, that the pope is responsible for the overpopulation of the world, with the official condemnation of artificial means of birth control and more emphatic prohibition of abortion being the mechanisms through which this doctrine manifests itself. In fact, it is in predominately Islamic countries that the fertility rate among women is highest. In a more popular register, the Catholic school girl, in her patterned skirt, white blouse and saddle shoes is a common trope that figures in sexual fantasy; the Catholic adolescent is the sexiest, the most promiscuous, the most desirable, the most enticing, and yet at the same time the least attainable of sex partners, to be pursued only in one’s own imagination. Ariana Grande often embraces the motif and is the best contemporary exemplar of it.

Relatedly, the problem of sex abuse in the Catholic Church is believed to be largely due to priests not being allowed to marry or otherwise form healthy sexual relationships. Thus, so the argument goes, they find an outlet wherever they can, namely among students in parochial school, and altar boys in particular. It is worth noting that the rate of sexual abuse in the Catholic Church and/or among Catholic clergy, priests in particular, is no higher than it is in the general population and that psychologists have thoroughly documented the fact that celibacy does not drive people, whether they are priests or not, to seek to have sex with children. Also important is the finding that all institutions, particularly in the period that stretches from roughly 1960 to 1980, dealt with accusations and occurrences of sexual abuse in the same way, by moving known or suspected perpetrators around within the institution, and without reporting them to public authorities. This was true for corporations, public and private hospitals and universities, and other educational and recreational institutions, be they public or private, religious or not. It was a problem, and it is good that it is now on the way to being corrected, but it is important to realize that it was a problem that was common to all institutions, and still is to some extent, and not one that was unique to the Catholic Church. This is not to excuse the abusive actions of any member of the Catholic clergy, but to put it as a religious institution in its proper secular context — see my mini argument above.

Now, to get to the sexy part. Both Jesus and his mother, Mary, as well as the saints, are almost always represented as being perfectly beautiful, both in face and body. This is particularly true of representations that were produced during the Renaissance and later, the Baroque. Michelangelo Buonarroti and Gian Lorenzo Bernini, particularly their works La Pietà and the Estasi di Santa Teresa, respectively, typify this atteggiamento. While the emphasis on beauty is fitting for these artistic traditions, it seems particularly rooted in Catholicism. As mentioned in an earlier piece, Protestantism has largely removed depictions of Jesus from its churches, and the Eastern rite icons tend to be done in styles that do not adhere to the realistic imagery of the Catholic depictions. Some depictions of Buddha and of Indian deities evince classical and global characteristics of beauty, but they rarely display a beauty that is humanly realistic.

The Catholic Church has always been a thoroughly human institution and therefore has always borne the strengths and vulnerabilities that are common to all human institutions. Trading on beauty is hardly an invention of Catholics and Catholicism and has never been unique to it. Most institutions have done it and continue to do it. Of course, understandings of beauty vary across culture, but some universals are easily identified, such as symmetry and other markers of health. Similarly, all institutions have struggled with sex; it is a big human problem, or at least it is a problem with strong crossover power, in which the wants of the individual must be reconciled with those of the collective, so again, a problem that exists for all institutions. Sex is a if not the fundamental theme in feminism, capitalism, socialism, and any other ideology you want to examine. What to do about human sexuality is a central question in the pursuit of civilization.

What is unique about the way Catholicism engages sexuality, and here I am referencing a universal Catholicism, if you will allow the redundancy, is that it does so in a way that embraces all of its contradictions and the problems that they present to the project of forming a human collective and a coherent ideology to structure and guide it. And it does it so transparently. This is why everyone from evolutionary biologists to Hollywood directors use it as a basis for their work, albeit often badly and with great ignorance, particularly by the latter group. For all of its seeming weirdness, Catholicism is essentially human and eminently relatable.

If you reduce the complexity of Catholic thought to simple tropes, it loses its coherence and truth. Does sex feel good? Yes. Can it lead to problems? Yes. Is sexual desire hard to regulate? Yes. Does its control require personally restrictive social mechanisms? Yes. Is sexual desire related to procreation? Yes. Is a fetus a part of a woman’s body? Yes. Does it constitute its own individual and autonomous body? Yes. Does sex appeal enhance religious charisma? Yes.

To really do justice to this topic, I would have to study it thoroughly, starting perhaps with John Paul II’s Theology of the Body, all 129 lectures that constitute it. It would be a mammoth undertaking, but one well worth it.