Renzi has played his hand and is staking out his position. But what is his endgame? 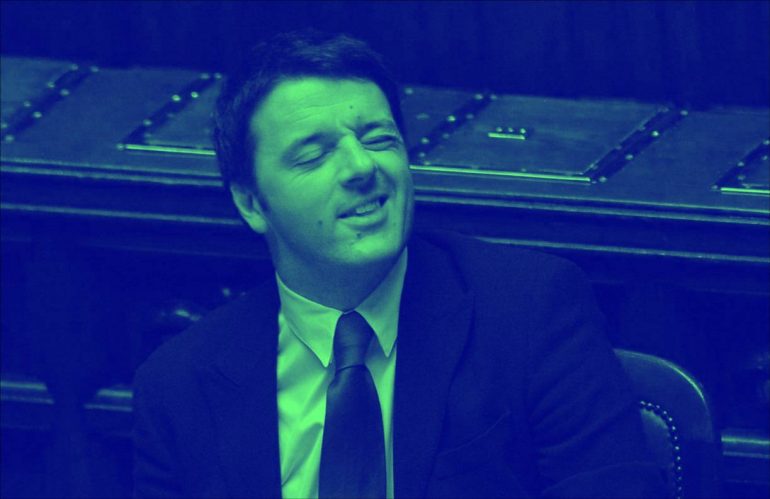 For those who may just be catching up, Former Prime Minister Matteo Renzi was instrumental in the recent collapse of the Conte government, pulling the support of his small Italia Viva party from the coalition with the Five Star Movement (M5S), the Democratic Party (PD), and the Free and Equal Party (LeU). The renziani ostensibly left the alliance over disagreements about the management of the Next Generation EU budget, going so far as to accuse Giuseppe Conte of orchestrating a power grab from Parliament. With Mario Draghi installed in the PM role, Renzi has a powerful ally with extensive international reach. And though their relationship hasn’t always been a particularly good one, the Italia Viva leader is using every opportunity to voice his unconditional support for a Draghi government.

Renzi can undoubtedly claim the title of Matteo the Winner. But that may prove to be a provisional title: the Draghi government has yet to reveal either a ruling coalition or a plan for the coming months, and today’s Prime Minister is tomorrow’s university professor. No one knows this better than Matteo Renzi, but no one has bet more on the outcome. It begs the question: what’s in it for him? What does Renzi have to gain from a new government, and where does he stand to gain the most? While his popularity at home may have cratered, it might not matter. Matteo Renzi’s gaze is pointed firmly to the East.

Shortly after plunging the Italian government into the most poorly timed crisis possible, Renzi flew to Saudi Arabia where he attended the country’s annual Future Investment Initiative (FII) event in Riyadh. The FII is organized by a non-profit foundation belonging to the Saudi Crown Prince Mohammad bin Salman. During an interview with the Prince, Renzi showered him with praise and said among other things that, as an Italian, he envied of the low cost of labor in the country. For context, the minimum wage for Saudi workers was recently raised from approx. 660 euro to 880 euro, but many domestic workers that come from other countries currently have no minimum wage requirements, according to the International Labor Organization (ILO).

Apart from the mockery that his interviews in English garnered, his declarations gave rise to considerable controversies in Italian public opinion. Saudi Arabia’s authoritarian regime, and its many civil and human rights abuses, are well known. The Crown Prince is also widely thought to be responsible for ordering the murder of prominent Saudi journalist Jamal Khashoggi in the Saudi consulate in Turkey. Clearly, there is almost no possible way to confuse the Kingdom of Saudi Arabia for anything resembling a transparent, democratic state.

But none of this seems to bother Matteo Renzi. For he was not only an invited speaker at the FII: Renzi holds a position in the foundation’s advisory board, for which he receives an annual salary of approximately $80,000. Technically, there is no official law against a Senator of the Italian Republic holding an official post in another country, a fact that has not gone unnoticed by the rest of us. Indeed, the Council of Europe has requested a code of conduct for the members of the Italian Parliament since 1997: while one has been implemented for the members of the Chamber of Deputies — the lower house of the Italian Parliament — in 2016, the Senate lacks one.

Thus, Matteo Renzi enjoys the privileges of being a Senator, the same institution he wanted to dismantle through the constitutional referendum upon which he gambled (and lost) his government in 2016. Nonetheless, the lack of legal precedent should not mean that a politician — the Crown Prince lovingly calls him “Prime Minister” — is free to make declarations on behalf of the entire country, particularly in the midst of a political crisis and of a pandemic. This may seem obvious to some, but apparently not for Matteo Renzi.

What does it get him?

In the wake of the aforementioned government crisis and pandemic, Italian foreign policy has been largely put on the back burner: as such, Renzi’s actions resonate much more than they might in another context, and they endow him with an influence that he has neither earned nor been granted by the Italian government. He seems to quite enjoy this: when the BBC interviewed him to about the future relationship between the UK, Italy and the EU, Renzi once again positioned portrayed himself as a legitimate representative of Italian foreign affairs. We may mock him and he may deserve it, but there is a dangerous undertone to a rogue politician playing to a global audience that doesn’t know any better. These appearances may be innocuous: an attempt to reshape his public image to a foreign audience in a moment when his popularity in Italy is worse than his English. The barely two-year-old Italia Viva, once proposed as an alternative to the ruling PD, is polling at less than 5% of votes and may not even survive an election.

In an interview with the Italian newspaper Il Corriere della Sera on January 31, Renzi declared Saudi Arabia an important strategic partner, a bastion against Islamic terrorism. He also committed to clarifying the aim of his trip to Saudi Arabia once the government crisis is resolved and although the two have no relationship, he has not been pressed to make this declaration. Instead, he compares himself unironically to Machiavelli and sees no contradiction in his lack of transparency.

Perhaps Roberto Saviano is right after when he points out the personal interest that Renzi has in embedding himself into the Saudi system, as well as the implosion of the Italian government. Sure, there is no love lost between Saviano and Renzi, but the writer is not wrong to point out the inherent hypocrisy of a man who has effectively sold his name and reputation to the authoritarian bin Salman while simultaneously presenting himself as the champion of democracy in his own country. Saviano’s words should remain long after Mario Draghi or anyone else assumes the throne because they say more about us than they do about Renzi.

‘It is a great pleasure — said Renzi — it is an honor to be here with the great prince MBS. I believe that Arabia could be the site of a New Renaissance’

Remember these words, don’t forget them. For they are a mark of shame.”