What Will It Take For Italy To Master Diplomacy?

Italy is still a little fish in a big pond. It's time to forge a new diplomatic identity. 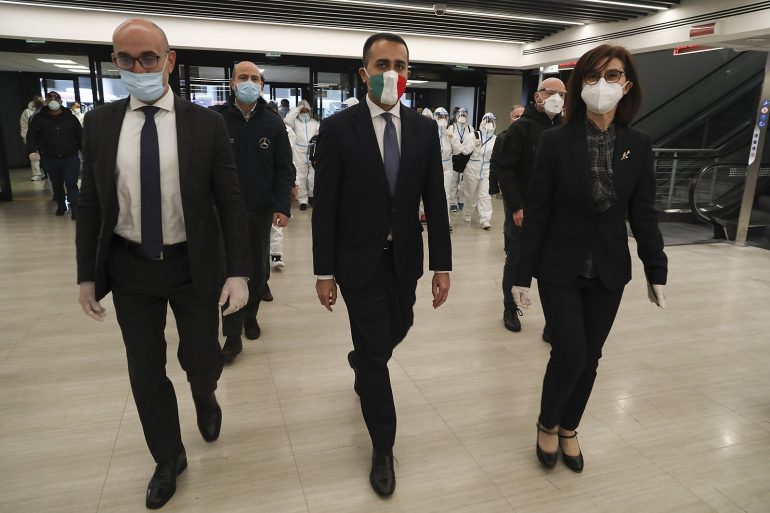 Italy’s geopolitical position at the heart of the Euro-Mediterranean basin has made it a crossroads for millennia, where political and economic interests would lead to wars, conquests, and strategic partnerships. But as times have changed so to have the priorities of political dealmaking: relations between states rely less on brinksmanship and more on cooperation, mutual benefits, and creative solutions. It seems that more than ever that diplomatic finesse, or soft power, is the key to reaching the kinds of multilateral agreements that will push large regional blocs like the EU forward. But as the cases of Giulio Regeni and Patrick Zaki show, Italy is still largely dependent on an antiquated foreign policy that prioritizes economic relations over social justice and accountability.

A little fish in a big pond

Historically, Italy has often found itself on the right of diplomatic policy, though after the Cold War this attitude shifted as a consequence of the fragmentation of interests and the dismantling of large alliances. As a founding member of the European Union, Italy’s position became intertwined with the expanding number of actors involved and the bipolarity of the Cold War era. The shift set stark ideological borders between Communism and Democracy, creating tensions that would at times become international incidents like the 1956 Suez Crisis. Though it was unable to influence US and UK policies to a significant extent, Italy nonetheless pushed for a multilateral approach to global disputes.

After the end of the Cold War, the European Union became a much bigger player on the international stage and consequently needed to arrive at a more unified position, particularly in global conflicts. However, arriving at a consensus at the European level has proved daunting, and in most cases the bloc has failed to achieve a unified foreign policy. The response to the 2003 war in Iraq is a prime example of this: opinions diverged between countries but ultimately aligned, more to maintain the status quo of the region than as a result of diplomatic efforts. While Italy initially aligned the Atlanticist coalition that favored invasion, a series of attacks including the 2003 Nasiriyah bombing made it a hard sell to the public, and by 2006 Prime Minister Romano Prodi had labelled the intervention “a grave mistake.” With Italy’s own diplomatic stance in such flux, it stood little chance of assuming a larger role on the regional level.

Italy’s quest to assume a leadership position in the diplomatic direction of the Mediterranean region is as of yet unrequited, with its foreign policy objectives remaining tied to economic agreements: as a result, diplomatic policy has yet to be focused on more pressing issues like human rights or environmental issues. The most notable example of this lack is the case of Giulio Regeni, an Italian researcher who disappeared in Cairo, Egypt, in 2016. Verità per Giulio Regeni — Truth for Giulio Regeni — became a mantra in media outlets and protests around the country. When he was found dead some days later with obvious torture marks on his body an official investigation was launched, but a lack of diplomatic pressure from Italy would result in delays and misinformation that damaged Italy’s credibility both at home and abroad.

From the outset, fake leads and unclear motives diverted Italian authorities from uncovering the truth of what had happened to Regeni as well as those responsible: as a result, legal fights lingered between Rome and Cairo, undermining sincere efforts to bring the killers to justice. Regeni’s family was forced to wait until December 2020 for Prosecutor Michele Prestipino to formally accuse four Egyptian National Security Agency officers of his murder. Nevertheless, Egyptian authorities claim no knowledge of the perpetrators and a lack of credible evidence to formally accuse anyone named in the investigation.

The Regeni affair would unfortunately not be an isolated case: in early 2020 Patrick Zaki, an Egyptian student at the University of Bologna, was arrested on arrival in Egypt after accusations of incitement to the overthrow of the government, the spread of fake news and incitement to violence. Zaki’s attorney described the dire conditions of his imprisonment, though the two are not permitted to meet: he has no contact with his family and has been forced to sleep on the floor of his jail cell for months, without a mattress. In addition, his detention has consistently been prolonged without either trial or conviction, with the last fifteen-day extension being issued on 17 January 2021, effectively leaving him in a state of exception with no possibility of release.

Disputes between Egyptian and Italian authorities searching for the truth behind each incident, and the absence of human rights are still in the international spotlight, and there is no clear indication that Italy has made either of these a priority in their foreign policy or diplomatic efforts. In addition, as Riccardo Noury of Amnesty International Italy noted, the continuing stress of global pandemic and recent Italian political turmoil could even further shift the focus from Zaki’s case.

The two cases highlight the stark contrast between Italy’s supposed commitment to human rights and the weight of their protections in practice. Both reveal that Italian diplomacy has yet to get a handle on the sensitive nature of personal protections and lacks an authoritative presence on the international stage. Egypt’s human rights violations in the country and the lack of cooperation by local authorities with their Italian counterparts should have gravely damaged the relationship. However, economic relations have remained as strong as ever, and military deals continue to link the defense forces of the two countries. Neither country has taken a strong position against the other.

Instead, the reaction was an example of diplomacy at its worst: empty words to encourage collaboration between the countries in resolving the matter. The fight for truth was left to grieving families and the defense of human rights to organizations who are able to advocate but cannot change policy. The official response to violations, unlawful detention and murder were resolutions, bilateral dialogues and a vague commitment to uncovering the truth, nothing more. If Italy has any hope of emerging as a diplomatic power both within the EU and more widely across the Mediterranean, it has to learn the difference between soft power and no power at all.