Rutte The Ant And Conte The Grasshopper

As abrupt government crises shook Italy and the Netherlands, the two countries should overhaul their relations to make the most of this opportunity. 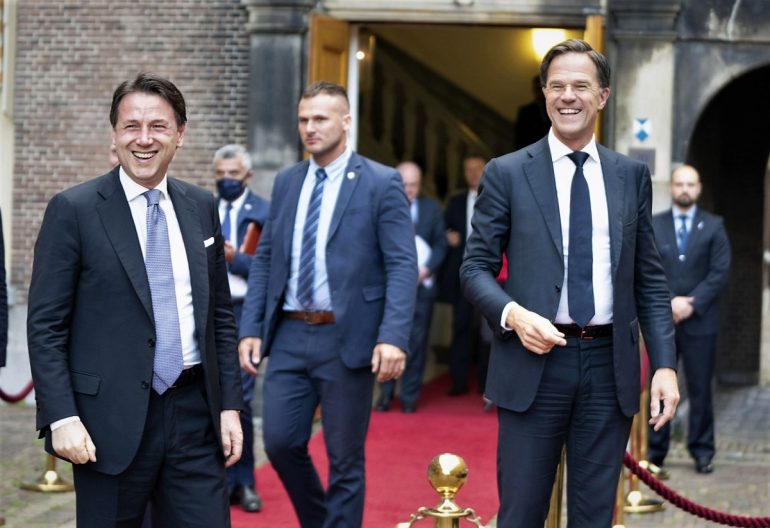 Over the last few weeks we witnessed two political crisis that shook the core of the government of key EU countries: Italy and the Netherlands. From an Anglo-Saxon perspective, this is just the latest example of the fractious nature of continental European governments. Indeed, both Rome and The Hague have over the years cobbled-up complex coalitions involving unusual ideological bed-fellows.

Notoriously, Berlusconi put together an assortissement of liberals, conservatives, post-fascist nationalists, catholics with right-wing secessionist populists. Likewise, Rutte managed to align his liberal conservative VVD party, with anything from the labor party to the right-wing PVV. The last edition of Rutte’s cabinet brings together the socially liberal D66 with the calvinistic CSU.

Yet, the coalition-making machine of the Netherlands has remained a better-oiled engine than Italy’s, despite both suffering from the fragmentation of the electorate, as well as from the rise of right-wing populism. Indeed, there is little to fear that the Netherlands, despite being led by a care-taker government, will not emerge as a stable member of the EU in the crucial months after the pandemic.

Ironically, despite having miraculously survived a vote of no-confidence and proving to be the ultimate political survivor, Prime Minister Conte finally resigned. Italy will thus enter the next months on much shakier ground. This is because, albeit resigning under a wave of public outcry about a child-benefits scandal where thousands of parents were accused of defrauding the State of public money, Rutte had until recently been seen as effective in countering the pandemic, riding high in the polls. It is very likely that he will maintain much of this support into the next elections, as much of the ire of the public is directed towards the civil service and officials in previous governments.

Rutte, indeed, resigned because he could afford to. This is something that an Italian government would not do over a benefits scandal, even if it wanted to. As things stand, a third Conte government would gasp for air. While having been recognized as effective overall in countering the pandemic and having reached high levels of public support, Conte cannot be as relaxed as Rutte and call for an election. This is because Conte does not belong to a party which would benefit from his personal support in an election. Instead, he acts as an external manager for a coalition of two weak parties: the Five Star Movement, which has seen its support crumble since 2018, and the Democratic Party which under Zingaretti’s new leadership has struggled to regain much of the support it had lost. Yet, it is on this now arguably minoritarian government that the hopes of the EU — which would prefer a stable and pro-European government until 2023 when the next elections are due — and the success of its recovery package lie.

However, a fractious and ineffective Italian government following in the aftermath of the pandemic might provide an opening to a rejuvenated Rutte to reignite the North-South conflict within the EU, by further scrutinizing the use of the funds by Italy and taking a harder line on any other funding or budget discussion in Brussels. This would give him the opportunity to argue that Italy had been given too much already — despite always having been a net contributor to EU budgets — and needs to sort out its own politics, corruption and inefficient economy instead.

We will likely observe a re-edition of the narrative pinning-down the frugal North versus the profligate South in the coming years, as Rutte will try to re-activate the Hanseatic league against any reforms to the Eurozone — whether it is a reform of the European Stability Mechanism bailout fund, the creation of a Eurozone unemployment reinsurance scheme, a formal secretary of the Eurozone (or finance minister), or for the European Central Bank to act as a lender of last resort and issue Eurobonds to mutualize some of the new debt incurred in the Union. A strengthened Rutte following March’s election might stall some of the reforms moving the Eurozone more closely towards an optimal currency area, which are increasingly supported by the likes of President Macron and Pedro Sanchez, and are more along the lines of what many economists such as Jean Pisani-Ferri or Paul de Grauwe propose.

The reason for the opposition of the Netherlands to many of these proposals may lie in the neo-liberal roots and austerity-happiness that has fallen on much of the Dutch political establishment. When a socialist minister gladly imposes punishing cuts on the working classes of neighboring countries, and a socialist official oversees the theft of struggling families, it is fair to say that something has gone terribly amiss. In the backdrop of this, opportunistic right-wing parties facing allegations of anti-Semitism and with dubious ties to Russia have been exploiting a wider wave of nativism and cultural anxiety.

But one should not be harsh on the Dutch electorate, since it has not seen any real increases in salaries since the various Rutte cabinets came to power. More strikingly, as any other true fiscal conservatives, Rutte’s government has done a fantastic job at lowering taxes for corporations, maintaining the ‘Dutch Sandwich’ regime for multinationals and abolishing the dividends-tax — all while increasing the average tax-burden on Dutch citizens, which remains one of the highest in the world, and especially the VAT tax, which hurts low-income families the most. Little wonder then that the electorate may be hoodwinked by a group of political chancers into believing that their money is being siphoned by profligate foreigners — not realizing that the people who have co-adjuvated the misuse of their money were in their government. However, a fourth Rutte cabinet would not be the worst outcome for Europe. Indeed, for better or for worse, he has conceded on many front in the negotiation of the EU recovery plan, which would easily pass through the Dutch parliament with him.

Conte (or anybody else) should carefully think on how to make the most of this opportunity. He cannot expect to change the political culture of the Netherlands and the rest of the Hanseatic league: that is a job for their electorates. What he can do is to show that he can steer Italy back into economic viability, reducing tax evasion and unemployment, while improving public services and education, and implementing long-delayed reforms to bureaucracy. This would be his and Italy’s chance to prove that on occasions, greater European cooperation and in some cases solidarity, may contribute to improving the welfare of the EU.

This would go a long way towards start denting the Euroscepticism of some of the frugals’ electorate and unwinding some the neoliberal foundations of the EU pitting nations against nations. To this end, perhaps Conte should start compromising with the likes of Renzi and adopt some of his ideas on improving Italy’s investments plans with the EU recovery fund to grant more stability to his government. In the long run, Conte would do well to understand that. If he is to continue to implement his policy agenda, including his plans for the EU, then he should seek to create his own party to run in 2023.