Goodbye To Ply: The Case For Bidets

As a societal norm and government mandate, bidets in Italy are as commonplace as toilets themselves. 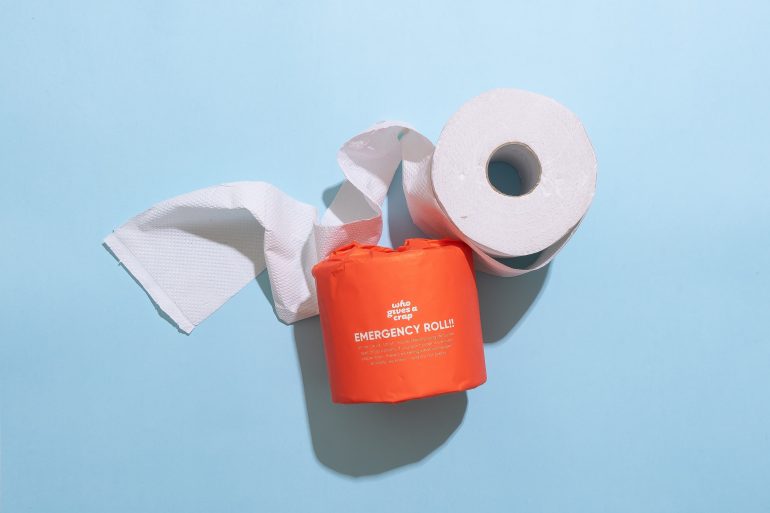 Emergency rolls were no joke in 2020. Photo by Claire Mueller on Unsplash.

When COVID-19 hit the United States, mass panic materialized in the form of crowded grocery stores. Americans took to the aisles to stock up on necessities, leaving bare shelves in their wake. Bottled water was gone, cleaning supplies were sparse and, reminiscent of crises past, toilet paper was pillaged.

This, in part, was due to the fact that most states were imposing a ‘shelter-in-place’ order, detaining folks to their homes (and personal bathrooms) practically full-time. Naturally, this realization caused frenzied overconsumption and an eventual shortage of toilet paper, while similar scenes were seen in Hong Kong, the United Kingdom and Germany.

These demonstrations of desperate reliance upon hygienic paper goods seemed an opportune moment to reflect on the product itself — its affordability, its sustainability and its necessity. And they strengthened the case for an alternative: the bidet.

Ponies and private parts: the history of the bidet

Italy was one of a few European countries to evade the great toilet paper famine of 2020. This, in large part, was attributed to the Italian’s usage of bidets. For those unfamiliar with the bathroom fixture, a bidet is a basin with a spout meant for cleansing after toilet usage. Genius, right?

The invention and first documented use of bidets were in 17th century France. They were originally utilized after horseback riding to clean one’s undercarriage, which seems appropriate as the word ‘bidet’ comes from the French for ‘pony.’ As a result, straddling the bidet would become an essential ritual in every French home, deemed a “washing basin for your private parts.” Napoleon had his own customized version, and Marie Antoinette was even afforded the refreshing luxury before her beheading.

Bidets became especially important after sex, as they were believed to be a form of contraception. Thus, every brothel in France included these in their facilities — facilities frequented by many a young American serviceman in WWII. Unfortunately, the sinful and hedonistic connotation associated with bidets made its way across the Atlantic, tainting the product for American consumers in the early to mid 1900s.

Italians, however, welcomed this new toilet technology with open arms — and legs. The first mention of the product in Italy was in the 18th century, and they were widely dispersed throughout the boot in the years to follow.

The benefits of bidets

Bidets became a staple of the Italian way of life, enjoying widespread support of an Italian society convinced of its benefits. The Italian government even decreed in 1975 that every bathroom be outfitted with a toilet, sink, shower and bidet as part of the “hygienic sanitary requisite […] for the usability of houses,” proving that they are indispensable to the Italian public. Companies such as Catalano and Maro D’Italia have been at the forefront of innovative bidet technology for years, contributing and building upon the long-held toilet tradition.

Beyond the healthy supply of toilet paper in supermarkets, bidets present many additional benefits. Toilet paper contributes to over 10% of the world’s paper and tree waste, meaning bidet usage is a significantly more sustainable alternative. Meanwhile, because Italian plumbing is old and fragile, it cannot handle the amounts of paper other countries flush down their tubes. Moreover, Italians save money on hygienic wipes by relying on their bidets.

The health perks of bidets continue to be explored, but more and more experts have concluded that, if utilized correctly, they are considerably gentler and more sanitary than their toilet paper counterpart. Bidets are also beneficial for older adults or pregnant women, for example, who experience less mobility and flexibility when cleaning themselves.

Given the panic-induced rush on flushable plies this last year, bidets would be a natural solution to toilet paper woes. However, Americans, in particular, continue to approach the Italian norm as an exotic oddity. Tour companies and study abroad organizations attempt to prepare their clients for cultural differences, such as bidets, but few actually use the fixture for its true purpose. Students and tourists alike will soak their feet in bidets after a long day on cobblestones, beers are often chilled on ice in the porcelain basin and delicate clothes are even washed by hand using the spout.

Despite the best efforts of companies such as Tushy and Brondell, bidets have not caught on stateside. This last year proved, however, that hygiene, sanitation and sustainability are top priorities on a global scale — and that small changes in bathroom habits could make a big change.