Distance learning seemed like a silver lining in the COVID-19 pandemic, but the consquences of isolation and uncertaintly are profound. 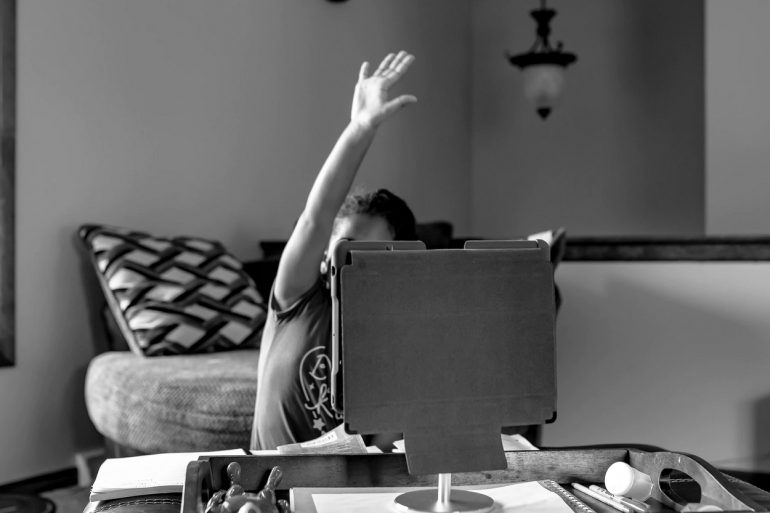 Photo by Solen Feyissa on Unsplash.

For much of the COVID-19 pandemic, in-person classes in Italian schools and the universities have been substituted by didattica a distanza (DAD), or ‘distance learning’. Instead of innovation or hope, DAD seems to represent the real social struggle of Italian teenagers and students: it is often called euphemistically disagio a distanza or, ‘discomfort at a distance’.

The first wave and the limits of DAD

In the beginning, DAD was considered the only option in the emergency, ensuring a limited but still indispensable education for millions of children, teenagers and students in Italy. Both teachers and the pupils were largely convinced that it was worth it to stay safe and to limit the spread of the virus. Indeed, it was even seen as a potentially positive step in the effort to digitize the Italian educational system.

This positive attitude towards the DAD was fortified by the fact that Italy was considered a virtuous model in the fight against the virus, with Prime Minister Giuseppe Conte gaining both national and global recognition as a trustworthy and capable leader. Italians healthcare stuff was called heroic, the Financial Times praised Italy’s resilience, and Europe showed an unexpected willingness to contribute, in particular through the Next Generation EU program.

When schools re-opened in September, it seemed as if Italy and its educational institutions had weathered the storm. However, the second wave of the virus between October and November 2020 turned a win into a rapidly deteriorating loss. COVID-19 cases increased just as political stability decreased, so much so that Italy is in the midst of its umpteenth government crisis.

Consequently, schools were once again closed due to the risk of contagion. As of late October 2020, DAD once again became the dominant pedagogic method in the country, but it wasn’t long before the weaknesses of the model started to outweigh the benefits.

Downsides of the DAD

The sense of duty in sacrificing physical lessons in order to fight the virus that most of the scholars and teachers felt in springtime was slowly substituted by a feeling of being abandoned. The public debate, which has largely concentrated on the political crisis and economic woes, resulted in shops and malls opening for Christmas shopping but it did little to address the real problems that distance learning pose.

The evidence from other European countries, showing that open schools have thus far not resulted in a significant spread of the virus, has added to this sense of frustration among both students and teachers. Research by the European Center for Disease Prevention and Control on the role of school settings in COVID-19 transmission stated that “observational data from a number of EU countries suggest that re-opening schools have not been associated with significant increases in community transmission” and that “closing schools is not an effective way to fight the epidemic.”

Different studies have focused on the consequences of DAD, and many are troubling. In particular, an appeal presented by 60 psychologists drawing data from national and international studies found worsening mental health among young Italians due to the lack of social life and the school closures. These have been reported as anxiety and depressive disorders, self-harming gestures, suicide attempts, eating disorders, panic attacks and even major dissociative states. Even when cases are not as serious, students report a general state of stress, nervousness, irritability and depression.

A survey carried out by Save the Children using 1000 children between the ages of 14 and 18 in December 2020 finds that student performance has worsened under DAD, and that students feel higher levels of fatigue and uncertainty about their futures. The report also highlighted the increase in school dropout rates. Already high in Italy, there is a real risk that nearly 34,000 high school students could drop out of school as a result of the crisis, for practical as much as personal reasons. Marginalized children or those living in areas without reliable internet access have been excluded from DAD since its inception, and their predicament only grows more precarious. Even the Minister of Education, Lucia Azzolina, officially acknowledged that “the DAD no longer works.”

Reimagining an educational system for the next generation

The most prominent voice against the DAD is Priorità alla scuola (Priority to school), whose initiatives to hold lessons outdoors as a form of peaceful protest have spread throughout Italy. For them, school is more than a building, it is “the place where students and teachers meet.”

Gloria Ghetti, a high school Italian teacher and one of the most passionate members of Priorità, sees the closures as a symptom not of the COVID pandemic but instead, of the long-lasting systemic and structural fragilities in the Italian educational system. Schools and universities in Italy could have remained open, as in other European countries, if conditions at the start of the pandemic would have been adequate. However, large class sizes, overstretched teachers, and a lack of political will to invest and restructure have all contributed to weakening the educational model all over Italy.

Priorità alla scuola advocates a return to school under safe conditions including the restoration of school nurses, control of the virus spread through continuous testing, reduction of the number of pupils in class, and priority vaccination of at-risk teachers. On a structural level, the call for an assessment of dilapidated facilities, often inadequate transportation to and from school, and increased funding for additional staff. These are not problems for tomorrow, but urgent matters for today. The school system cannot function unless it is universally accessible, inclusive, and a safe environment both mentally and physically, and the DAD simply cannot substitute for these basic principles.

DAD has opened the door to digitizing Italy, and it is hard to deny that this is a positive step. But its largest benefit may be it’s most accidental: young people have finally begun to realize the importance of education. Indeed the absence of in-person learning has raised the consciousness of many young people, spurring them to fight for a constitutionally assured right. Young people are often accused of being apathetic towards politics, and it is largely understandable. But the fight against DAD could be the moment that sparks a movement.