Latin In The World

Disparagingly described by many as a dead language, Latin maintained a prominent and proud position in the contemporary world, resonating globally. 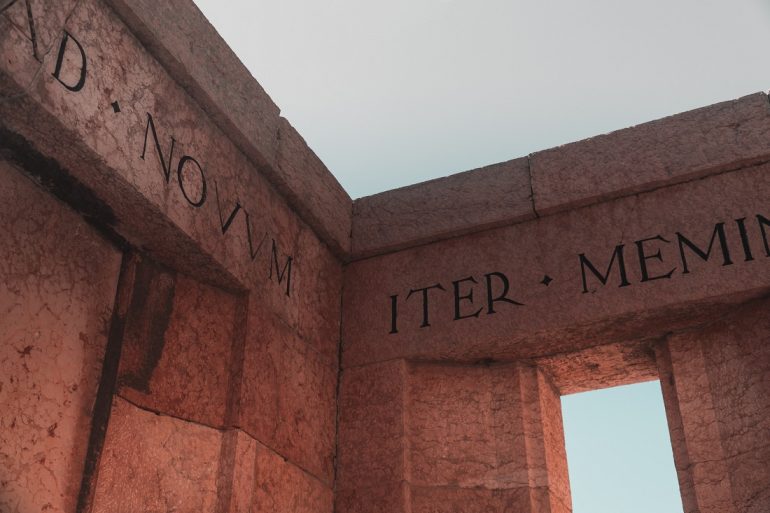 For many months now, the most spoken word around the world — probably utterly by billions of people on a daily basis — and surely the most well-known word at any level — from the very young to the very old — is a Latin expression: coronavirus.

Disparagingly described by many as a dead language, Latin maintained a prominent and proud position within the Italian culture and education until relatively recently, before its gradual exclusion from curriculum and syllabuses, and almost removed from the Italian linguistic heritage thereafter.

Nevertheless, the language of Virgil and his contemporaries continues to be a lingua franca in the worlds of medicine, psychology, and economics like in the past — to name but a few examples — even in social media, English and any form of modern communication.

In this regard, Nicola Cardini of the University of Oxford describes in his Long Live Latin: the pleasures of a useless language how Latin was not only ante litteram to English, but a universal language that for centuries enabled communication between elites across and throughout Europe. Such a perspective therefore invites a reassessment of the language and the consideration of Latin as a science.

The science of the word which is part of our identity, its main object the mind and the expressive abilities of the human being. In Latin (and Greek), indeed, the intellectual and emotional system of the western world was formed. However, let us return to those Latin terms that resonate ‘globally’ today.

Agenda — An itinerary of things to do.

Campus — Term used to describe the grounds of a university and by extension academic life.

Etcetera — The remaining, the rest; generally abbreviated to etc.

Ex — Former, once, no longer, deceased.

Excelsior — Comparative of the adjective ‘excelsus’ denoting the highest, most elegant, most refined.

Fac simile — An exact reproduction; modern abbreviation FAX (as in the defunct machines).

Habeas corpus — Literally meaning ‘to have, or hold of, the body’, this phrase was employed in 1679 by the English parliament in forcing King Charles II to promulgate the Habeas Corpus Act, a law that protected the personal freedom of subjects against illegal arrests; broadly we mean in general the inviolability and fundamental rights of the person.

Habitat — Where one lives, generally used in ecology and biology to describe the environmental, climatic, physical and chemical conditions favourable to the life of certain animal or plant species, by extension, of man.

Honoris causa — ‘By way of honor’ is an honorary academic degree conferred by a university to an individual in recognition of exceptional merits in scientific, literary, social or political activites.

Idem — The same thing or identical to, used in lists and tables to avoid repetition; abbreviated to id.

Interim — ‘In the meantime’ or intervening period, temporary function or measures implemented until new appointments or implementation.

Junior — From the comparative juvenes meaning young, younger of the two, for example in the dynasties Robert Kennedy Jr., G.Bush Jr.

… and Senior — From the comparative senex meaning old, older of two (as above, both now pronounced only in English).

Magnum — Large, great; used, for example, in the formula announcing the election of a new pope (Nuntio vobis, gaudium magnum, ‘I announce you with great joy’) or, more prosaically, to indicate the double bottle of sparkling wine. But there are also more demanding formats of four, also called ‘double Magnum’.

Maximum — The highest limit, the highest, taken up and made by the English, the maximum.

Minimum — Opposite of maximum, meaning the least, the smallest, most diminutive.

Plenum — To be full, or as in a board of directors, in an assembly meeting. As a noun it indicated, in the Soviet Union, the plenary meeting of the Central Committee of the Communist Party.

Post — After, following, or in addition to. This word has several deployments: Post Scriptum, written after, added at the bottom, after the writing at the bottom of a letter; as a prefix that when combined with adjectives or verbs indicates succession to a particular phenomenon (post-modern) or an event (post-war). Most currently it indicates the message sent to a blog or a social discussion group. However, now it is time for a special mention to those terms and phrases that whilst appropriated by the Anglo-Saxon world with particular success, have been thereafter re-imported back into the Italian language, not only with their pronunciation altered but also their consideration as words that were originally English.

Media — Plural of medium, intermediary: with the addition of the term,  mass, it becomes phrase mass media, the famous means of mass communication that exerts so much influence in our lives.

Plus — Plus, (needs no introduction, given the excessive use to promote anything). You can’t hear it pronounced “plas” in Italy.

Monitor — The one who monitored, prompter, advisor. By extension and reimported as an English term, monitor means any control device, terminal apparatus of vision in telecommunications, in processing systems, in computers and in medicine.

Referendum — Which must be reported, a juridical institution of direct democracy that calls the people to pronounce themselves directly, with a yes or a no, on matters of general interest.

Solarium — In ancient Rome, the open part of the house exposed to the sun, usually a terrace; today we mainly refer to sun beds in beauty (or therapeutic) centers.

Sponsor — The one who guarantees, promises, and supports. Today they are omnipresent financiers (body or person) of sporting, artistic, political, cultural and commercial activities.

Symposium — Conference of specialists, scholars on topics of common interest.

Super — Which is above, superior, conveys the concept to compound words: superman, supermarket, supervisor, etc.

Transfer — Transportation, transfers, third person of the verb ferre (ferre trans = to carry over), a well-known term, used in psychology, in psychoanalysis, as well as in the banking system (transfer of a credit title).

Vice — Instead, in place of someone, substitute (e.g. Vice President) noun deriving from the first person of the verb vidére; part of a television complex that reproduces and broadcasts images, TV screen; but also videos that are posted on you tube or that we exchange from our smartphones.