Italy And Coronavirus: What Went Wrong?

The Italian government’s approach towards COVID-19 shifted from one of the world’s harshest lockdowns in March to a wishy-washy strategy during October’s second wave. But how did control measures change — and why? 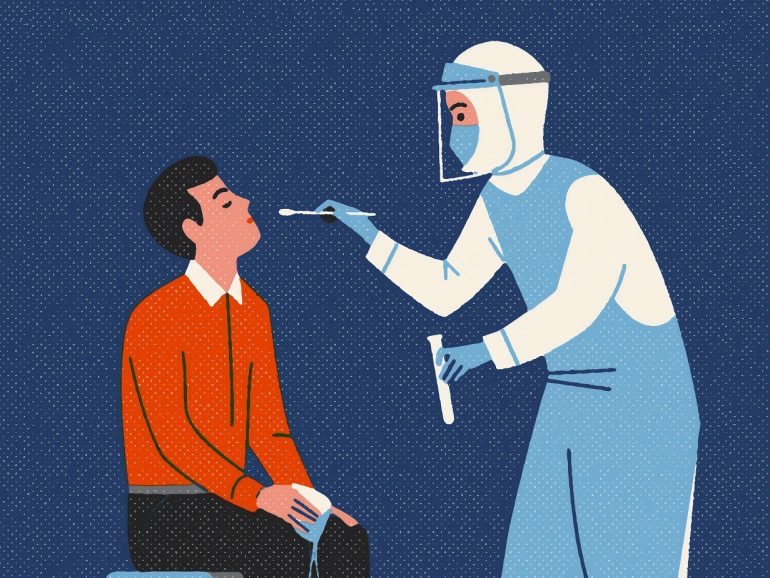 The Italian government’s approach towards coronavirus shifted from one of the world’s harshest lockdowns in March to a wishy-washy strategy during October’s second wave. But how did control measures change — and why?

When, back in March, the New York Times celebrated Italy as “A country that has lessons for the world,” many people started to believe that, after all, Prime Minister Giuseppe Conte had made the right calls on coronavirus.

During the first wave, national polls sang his praises, showing a sky-high approval rating of 71%. Meanwhile, other pundits and politicians from across the world celebrated Italy as a winning model for fighting the pandemic.

But how did Italy manage to reduce coronavirus cases from 6.557 a day in mid-March to only 114 by mid-July?

Some early missteps aside, Italy took decisive action to bring the contagion rate under control. Being the first country outside China to be battered by the virus, the cabinet opted for a national lockdown that was longer and stricter than almost anywhere else in the world.

No success comes without painful sacrifices — and, in Italy, GDP went through the floor, dropping by 12.4% between March and July. Eventually, however, thanks to the draconian lockdown, infections during summer dropped to fewer than 300 a day.

And it wasn’t just the government that was busy trying to stem the outbreak. Of course, it is worth emphasizing that Italians, not notable fans of laws or queues, diligently complied with social distancing rules.

At the end of the year, it perhaps comes as a surprise that Italy is drowning beneath a second wave of COVID-19. According to the latest data, Italy has now overtaken the UK as the nation with the worst coronavirus death toll in Europe. That means Italy now ranks fifth worldwide for deaths, behind only the USA, Brazil, India, and Mexico.

The statistics are astonishing when considering that Germany, for example, a country with a larger population, has a death toll that is only a third of that of Italy. How is it possible? And what went so wrong?

How Italy squandered its advantage

Firstly, we can find answers in the government’s actions this summer. It is crystal-clear that then the government underestimated the growth in cases.

According to some pundits and virologists, the government hit the snooze button when managing summer holidays. While total cases were only growing slightly in August and September people turned a blind eye to the pandemic. Beaches, bars, and discos were overcrowded, and many people did not wear masks. Moreover, swabs and quick tests arrived on the scene only after August 15, when holidays were already over for many.

Where the summer holidays are concerned, policymakers should have done more to tackle early cases. It was highly predictable that the more people move, the more the virus spreads.

Yet, the holidays were not the only problem. Italy threw away its advantage by not determining a clear path for reopening economic activities and schools. We knew, for example, that public transport was inadequate. However, governors did not take action to reshape cities’ timetables and avoid overcrowded buses, trains, and metro lines.

Consequently, it came as no surprise that cases snowballed in large cities like Rome, Milan, and Naples. And it is obvious that imposing 80% capacity on public transports shortly before schools restarted meant throwing social-distancing rules out the window.

The healthcare system sits in the dock

Another issue is worth analyzing. Although no country was ready to fight the pandemic, there was a dramatic chink in Italy’s armor.

That’s the healthcare system, which has borne a staggering €37 billion of cuts in the last decade. This has prevented the recruitment of young personnel — while emergency procedures to hire nurses since the beginning of the pandemic have been far from effective. In particular, fixed-term contracts and humiliating working conditions are not the solution for insecure employment.

According to data before the pandemic, Italy had one nurse for every 11 hospital patients. This was already far below the ideal quota of one for every 6 patients. However, some regions were even worse, with a nurse for every 17 patients, for example, in Campania. These numbers alone show that healthcare represents a long-standing, structural problem in Italy.

Lastly, owing to regional authority over healthcare, professionals have found themselves lost in the mix of laws, protocols, and procedures. And, combined with low investment, these over-bureaucratic rules further complicated the response to the pandemic.

The opinion on the Italian approach

When COVID-19 appeared in Italy, Giuseppe Conte was adamant about imposing a strict lockdown. Perhaps this was even too harsh: most cases were in the north, and the south avoided the worst. However, as we knew so little about the virus, we may understand the decision.

But by the time the second wave hit, the cabinet had not learned from its failures. The government ignored the growth in cases — and ignored experts warning of a second outbreak. When cases began to skyrocket, the government only gradually enforced restrictions.

In this way, Italy seemed only to react to the spread rather than try to prevent it. After the spring, the second wave should not have caught the cabinet off guard.

But when exponential numbers are involved, policymakers don’t have time to waste. They should listen to experts and, above all, avoid a hesitant, flimsy response.

In this way, coronavirus has highlighted the systematic inability of Italian politicians to react to highly complex situations. Rather than relying on common people’s gut feelings, policymakers need to take time to discover, synthesize knowledge dispersed among experts, and take action.