Is Italy’s Vaccine Program Enough To End The Pandemic?

Mass vaccinations against COVID-19 are a big part of the plan for 2021. Will it be enough? 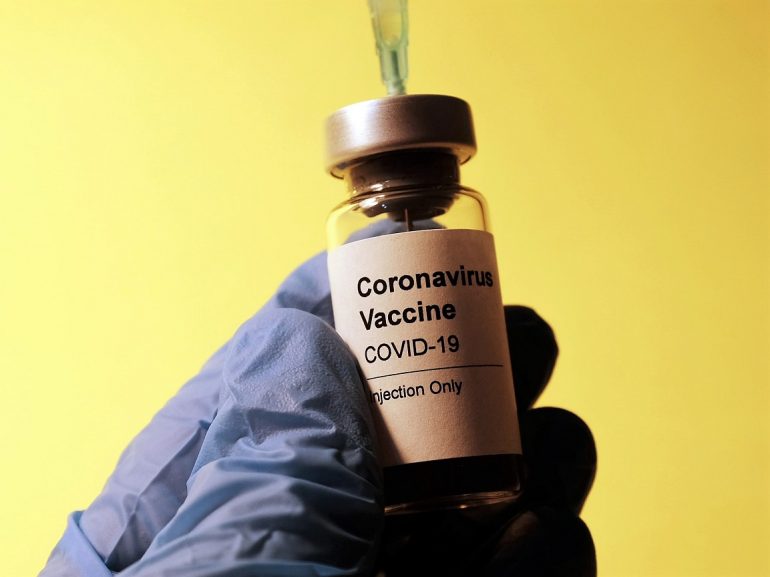 Photo by Hakan Nural on Unsplash.

The announcement of December 27 as ‘Vaccine-Day’ in Italy signalled that the vaccination campaign against COVID-19 would begin before the end of 2020, a symbolic ending of one of the most difficult years in recent memory with a hopeful eye towards 2021. The deployment comes in line with the announcement made by Ursula von der Leyen that the EU would launch a coordinated effort, though many of the details are still to be hashed out. After nearly a year of lockdowns, restrictions, and crushing economic and social consequences that culminated in a red zone Christmas, the public surely needs some good news. But how quickly can we expect to receive the vaccine and start resuming the activities that we were forced to put on hold?

When has vaccination started?

Though the first vaccinations started at the end of December, the first phase of widespread immunizations for the Italian population will likely begin in mid-January. However, any concrete rollout plan is subject to the ruling of the European Medicines Agency (EMA), which is still evaluating both the Moderna and Pfizer-Biotech vaccines. Once the drugs pass muster with the EMA, Italy will be allocated 13.5% of the total doses, per the agreement with both the EU Commission and the other Member States.

The first phase will primarily entail the vaccination of healthcare and frontline workers, with roughly 200 million doses of vaccine projected for the entire country. The second phase is expected to begin in Spring 2021, with vaccinations starting from the oldest and most vulnerable population and working its way back towards younger people with no preexisting conditions. As there are more than 17 million people in Italy over the age of 65, representing almost 30% of the total inhabitants, the task of guaranteeing their safety will take priority. Beyond this, details remain hypothetical, as the Italian government has yet to layout a comprehensive vaccination plan for the entire population. For now, the restrictions which have been in place for nearly all of 2020 look to continue in some form well into 2021.

How to get it to people, and how much?

The COVID-19 vaccine program is based on two principles: that it will be free of charge and non-compulsory. The Italian extraordinary commissioner for the COVID emergency, Domenico Arcuri, has also suggested the possibility of an immunity certificate or passport for those who have received the shot.

The logistics of administering the vaccine is another enormous task, and one which runs into roadblocks unique to Italian institutional behavior. According to Arcuri, the talian healthcare system will need to recruit 16,000 professionals, including 3,000 doctors. While some of those doctors may be those who were called out of retirement to aid in the emergency, the shortage is exacerbated by the status of so called ‘grey coats’, doctors still waiting for the results of their specialization exams.

This is a common paradox in Italy: there is a clear need to relieve the burden of the national healthcare system and highly qualified essential workers waiting on the sidelines ready to assist. All that stands between them are the incessant hurdles of bureaucracy.

A single national hub to store the vaccines

The government has elected to store almost all vaccines (apart from Pfizer) at the Pratica di Mare military base near Rome. The Ministry of Health, in partnership with the Ministry of Defense and the commissioner for the COVID emergency, selected as a hub for its 24/7 surveillance by the Italian army and airstrip which can accommodate the cargo planes carrying the vaccine. From here the army will deliver vaccines to hubs in each region, where it will then be distributed to health care facilities.

While the location is as secure as one could imagine, concerns over storing the vaccine in a single location have been raised by the scientific community itself, as anti-COVID vaccines are considered critical assets. Their high value brings a risk of theft or mafia infiltration, and a centralized location could become a focal point for denier groups and no-vax associations.

What are other countries in Europe doing to start vaccinations?

The United Kingdom was the first European country to start vaccinations, with over 130,000 people vaccinated in the first week of the action plan. Priority has been given to the elderly and frontline workers, but with a new strain of the coronavirus causing a surge of infections across the country, vaccinations may be playing catch up to infections for the foreseeable future.

Germany, like Italy, is waiting for the green light from the EMA to start administering the vaccine, but has developed a well-defined plan of vaccine groups divided into subcategories, all with different priority levels. This classification system immediately caused controversy in both the scientific community and the general public, with debate ongoing even as the first doses of the vaccine make their way to the country.

France has been hit hard in the second wave of the pandemic, with even Prime Minister Emmanuel Macron testing positive for COVID-19. In line with other European countries, the hexagon will receive the first doses of vaccine in January and will begin mass vaccination of nursing home residents and high-risk care workers. The final phase is expected to start next April and the administration of the vaccine will be expanded to all citizens.

Russia‘s efforts to keep up with the international race to produce an anti-COVID vaccine made it the first country in the world to start a mass coronavirus immunization program. The two-injection vaccine has been made available to healthcare workers, social workers and teachers, but speed is undermining credibility, as final trials for the two Russian made vaccines have not been completed.

A united position on vaccination

Once again the pandemic requires governments to develop complex strategies in real time, and both the promise and the challenges of distributing a vaccine add a new dimension to these plans. The European Union decision to adopt a shared approach has allowed it to strengthen a position that has grown in the past year, and the EU Commission’s negotiation with pharmaceutical companies and labs on behalf of each member state highlights the way in which it has become a powerful representative of each nations interests.

Italy has suffered through two waves of the pandemic, which has left an already overstressed healthcare system near breaking point. The numerous and often unclear restrictive measures have affected people’s economic security and mental health, leaving a legacy of frustration and fear that won’t magically disappear when 2021 begins. Nonetheless, the vaccine gives us all a chance to think about an end to the pandemic, and what our lives might be like after. There are sure to be obstacles in the practical implementation of the vaccination program, but the risks are well worth the reward. Once again, biting the bullet for few more weeks until the arrival of the vaccine is the only solution to get through these dark times and start thinking about the future again.