An Irish Christmas In Italy

As an Irish woman married to an Italian and living in Calabria, I've learned over the years that Ireland and Italy are the Christmas Yin and Yang. 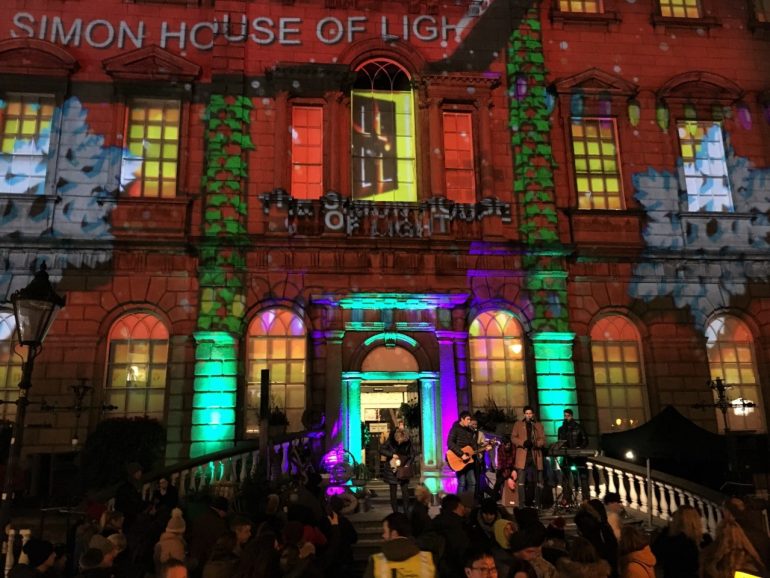 As an Irish woman married to an Italian and living in Calabria, I’ve learned over the years that Ireland and Italy are the Christmas Yin and Yang.

“You have the best of both worlds,” some people who know me might say when referring to what I call my ‘spin-off Christmas’. “It’s neither one world nor the other,” might come from someone else. Both would have a point.

I was born and educated in Ireland and have lived most of my adult life in Italy. My husband is from Calabria where we live. Two of our three children live in Rome with their families and one in Dublin with his. My six siblings are all in Ireland. Suffice this introduction to say that we’re in the same boat as so many other divided families during the present crisis situation and it’s not a walk in the park.

Bringing one’s own traditions into another culture can be complicated and might not be as enriching as one would like to think. In fact it can dilute both. Back in my childhood days in the sixties, Christmas in a large Irish working class family was as festive as my parents could make it. Like all our neighbors and friends, we respected the events that marked the build-up to the holiday. The cake was made in late October to give it plenty of time to mature. Then the ritual of the icing was another day’s work. The Christmas pudding would be made about five weeks before Christmas. In the Anglican tradition, it was made on ‘Stir Up Sunday’, the last Sunday before Advent. Mince pies, that, incidentally, don’t contain mince meat, are another Christmas treat. Christmas baking still lives on but many families now go for the easier option and buy readymade everything.

The house was given a major overhaul. We decorated the main living room and put sprigs of holly over the windows, we had the Christmas tree where the gifts were discovered on Christmas morning. We left out some mince pies for Santa. Most of these traditions continue and have evolved. In today’s Ireland, decorating the house, public spaces, shop windows have all been taken to quite another level. On Irish radio and television it’s acceptable to play music and air Christmas films from mid-November. I, personally, find Ireland has gone, as we say, very ‘American’ in this regard.

Until I moved to Italy, I didn’t fully realize that Christmas customs were very different in the two countries. La Befana, the witch on her broomstick, arrives on  January 5 and childrenused to hang out their stockings. Despite efforts to keep that tradition alive, Babbo Natale (Santa Claus) is now much more popular with children but, for the older generations, nostalgia for La Befana lives on. My husband still hangs his stocking near the fireplace and waits for his cenere o carbone (ashes or coal) or for his gift if he’s been good.

In my early years her in Italy, I tried stuffing a turkey for Christmas day lunch with the extended family. My now dearly departed mother-in-law couldn’t accept putting the turkey directly into the oven for three hours so we boiled it first and then put it in the oven for an hour. Needless to say, the dried out turkey looked sad and neglected on the table where all the Italian meats, veg and crespelle were being passed around. That experiment wasn’t repeated and it turned me off turkey which I no longer eat even when I happen to be in Ireland for Christmas.

Another difference that I found novel at the beginning was the Cenone or full Christmas Eve dinner, usually based on fish dishes. My home in Calabria is a great venue for Christmas get togethers. I like to think that it’s not just because my mini-apartment-sized open plan basement, fondly known simply as sotto, can fit up to thirty guests as it has often done and is now our cenone venue.

In my Italian family, Midnight Mass on Christmas Eve night is a kind of agreed-on time to end the evening’s festivities so that those who wish to do so can attend. For my Irish family, Christmas Eve usually means getting the final preparations for Christmas Day as far along as possible. I don’t remember anything similar to a cenone but, over the years, I’ve seen people congregate in each other’s homes after Midnight Mass for a spot of serious cake and pie eating, accompanied by a few Gaelic coffees and, maybe, a sing-song.

What I brought ‘to the table’

One of the things that still fascinates our extended Italian family about our home at Christmas is the atmosphere we create. It has always been normal for me to decorate the tree, the fireplace, the shelves, the piano top, everywhere with Christmas greetings cards, candles, dim table lamps, goodies left around, attention to detail at table. My Italian family style used to be to place more emphasis on the food and the wine. Then, when the table is laden to capacity, we’d spend hours on anything up to twelve courses. Over the years, we’ve combined the best of both.

We have imported another tradition into our extended Italian family Christmas gathering that I love — until Covid suspended it. Chris Kringle from the German Kristkindl (Christ Child) is the tradition of Secret Santa brought to America by German and Dutch emigrants and which has now come back to Europe. On December 5, in order to give people time to think about what to buy, a designated group of cousins draw numbers to combine partners for gift exchanges. The gifts are exchanged round the fire on Christmas Eve night after the Cenone. This year, it will be one of our most missed rituals.

My Irish family loves to sing and dance during Christmas. My Italian family loves to talk and talk. I’m a good listener whether it’s to singing or to chatting. This year none of all this.

I like to think that my husband and I have managed to combine our traditions and create our own unique hybrid Christmas. This year, we will have to find yet another combination. The children and grandchildren will not be visiting. We’re home alone on Christmas Eve for the first time in all our years together. After our fish cenone for two, we’ll sit round the fire and enjoy panettone and spumante. We’ll call Dublin and Rome and all the other places we hold dear. We’ll receive calls and texts. We’ll wish my father-in-law, who’s 99, Happy Christmas Eve by phone and we’ll spend Christmas Day with him and his daughter and son-in-law, all of us dutifully socially distancing.

We’ll get through it. We’ll tell each other that it will be something to share with the grandchildren when we all congregate in summer — Covid permitting — to bask in the sunshine and swim in the clear waters of our dear Calabria.