At the cusp of a new epoch in financial relations, Giovanni di Bicci de' Medici saw how to exploit them to found a banking empire. 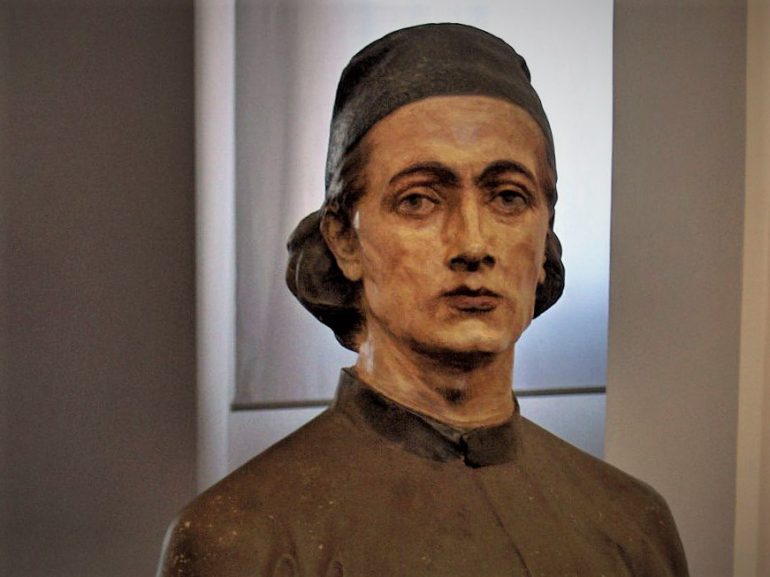 “hath no man a house of good stone

With the use of the term usura, Pound meant usury — or what today we would call the lending of money at an exorbitantly high interest. But he refers here to an older usage, when the act of lending itself was considered usurious, or as he goes on to say in one of his Cantos, “a sin against nature.” Though Pound reveals his own reactionary nature, his use of the Italian is suggestive, for it is in 13th century Italy that this mortal sin was refined and gave us the Renaissance.

When we think of Renaissance Italy, we conjure up images of great art and architecture, of marble statues peppering the Florentine piazzas and trefoil palace windows along the Grand Canal. We think of great artists such as Brunelleschi and Michelangelo, and of the Medici insofar as they were their patrons and benefactors. What is often ignored is that this family of ambitious, conniving, and pleasure-seeking bankers accumulated their astonishing wealth at the cusp of a new epoch in financial relations. One man, Giovanni di Bicci, the first great Medici, saw further than most how to exploit this.

Giovanni, son of Averardo ‘Bicci’ de’ Medici, was born in Florence in 1360. His family was not poor, nor was it swimming in the streams of credit that would soon flood his sons’ coffers. Averardo was a self-made wool merchant and had acquired enough money to reach the upper echelons of one of the trading hubs of Europe. The Medici name had often appeared on the parchments that recorded the names of the priors of the city, the nine men who stood on the city’s newly formed republican government; newly formed as a consequence of the great upheaval sweeping the peninsula.

At the time of Giovanni’s birth, the twenty or so city-states of central and northern Italy were constantly torn between revolution and usurpation. The sources of this chaos were the jostling claimants to the heirloom of the Roman Empire: the Papal States to the south, and the Holy Roman Empire to the north. In the country, the nobles depended on the emperor for the protection of their feudal privileges, while in the cities, the rising classes of merchants and artisans sought emancipation from their noble overlords, and tended to side with the papacy. Florence, was one such papal city.

In 1363, before the great plague carried him off, Averardo had made a will. His wife’s dowry of 800 florins (gold coins) was returned to her, and a sum of 50 lire di piccioli (silver coins) was set aside for restitution to any lender in whose regard he may have committed usury. Usury was indeed the great sin on the minds of wealthy men. Their illegitimate children, their sexual promiscuities with slaves, their greed and gluttony worried them far less. As Tim Parks point out in his masterly book, Medici Money: Banking, Metaphysics and Art in Fifteenth-Century Florence, perhaps this was because under Canon Law, it was the only sin that could be expiated by giving back what was sinfully gained. Thus many seized the opportunity in order to avoid being flung into Dante’s seventh circle of hell, where they were forced, their faces disfigured, to forever sit still as they had done at their accounts.

But why was usury seen as such an iniquitous thing? There were two main reasons, one being practical and the other theological. With interest rates, money is not a static means of exchange, but it levitates and multiplies through time. A man can borrow money, invest in a loom, buy wool, sell cloth at a higher price, make a profit and increase his station in life. But in the medieval world, one’s toil meant one’s station — a knight, butcher or miller — and it was largely fixed from birth. To seek to better one’s lot was to undermine the fixed order of society through which the Church distilled its power. Secondly, it is well known that the lender, or usurer, grows richer without shedding a drop of sweat. “Contro Natura!” thundered the priests and the Ezra Pound’s of the day. Echoing Thomas Aquinas, Virgil explains to Dante in the Inferno that “nature takes its course from heavenly intellect,” and “human toil follows nature as the pupil does his master.” To refuse work, the usurer went against nature as created by god.

In this historical milieu one can easily understand the sharp contradiction Giovanni must have witnessed between the old social arrangements and the rising financial class. He was taken on, along with is brother Francesco, by the Roman branch of the bank run by his cousin, Vieri di Cambio de’ Medici. On receiving a dowry of 1,500 florins from his marriage with Piccarda Bueri, he was able to invest and become an executive partner. He was lucky in that he lived at a time when certain innovations had given the Italians a monopoly on European finance: the double-entry book, the bill of exchange, the letter of credit, and the deposit account. His move to Rome also meant that he could learn how to weave his own financial ambitions into those of the Roman Curia.

For all its condemnation of banking practices, the Church made use of them in its capacity of the world’s largest international economic activity. In order to collect the tithes it demanded from all corners of Christendom, it had to make use of banks and their branches across Europe. To travel on horseback or by foot from London, Bruges, or Avignon to Rome with chests of gold was far too dangerous. Delayed payments were punished with excommunication, or hell. So the papal envoy collected the money in the far away city, deposited it in one of the branches there, and another envoy would cash out in Rome. Thus more than any other organization, it is the Church that needed and stimulated the growth of the international bank.

In his twelve years working for his cousin’s business, Giovanni di Bicci learned everything he needed to know to set up his own major bank in his hometown of Florence. He learnt the importance of melding his financial and commercial transactions across different countries to keep a steady capital flow but must importantly he would learn the difference between the spirit and the letter of the law. When the Church asked for a loan, for example, the bank couldn’t ask for interest because usury was a sin. So in its role as trading company, as many were, it could increase the price of goods it sold to the Church to the tune of the interest it felt it deserved from the loan it had granted.

To Giovanni di Bicci we owe the invention of the so-called discretionary deposit, a brilliant device that would allow those vexatious and anti-usury bishops and cardinals to deposit a sum in a bank and receive what was not called interest. It was a gift, generously donated to His Grace by the bank as a gesture of devotion to god’s earthly representatives. It worked out in the region of 8 to 12% per annum. Since there was no contractual obligation, and on some occasions — if the bank was struggling — money could be lost, theologians decreed that this did not qualify as usury.

Giovanni knew he had to capitalize on the circulation of wealth among ecclesiastical circles that was borne of the constant fear that a new and more zealous pope would arrive and break up the general fiesta of luxury. In 1393, his elder cousin Vieri de’ Medici died, and he finally bought out the Roman bank. He then moved back to his beloved Florence. Though any enterprise here would never equal the profits he made in Rome, his decision marked the beginning of the Medici myth. As the humanist Leon Battista Alberti says in his Della famiglia, any act that increases the power, prestige and reputation of one’s family is a good in itself. This newfound wave of humanist thinking expressed a convenient compromise between Dante’s everlasting hellfire and Jesus’ injunction to “take no thought for the morrow.”

The Medici family was deeply rooted in Florence, and from here Giovanni could exercise his full political rights to deploy his wealth in the service of his family. The acquisition of power would become his raison d’etre, one that he would instil in his sons Cosimo and Lorenzo to pass onto the next four generations of Medici. But he also understood that power is intoxicating, and that prudence was a higher virtue. “Stay out of the public eye,” he is said to have warned his children on his deathbed in 1429. His grandsons did not heed his warnings, and fifty years after his death, the conspiracy of the Pazzi would end their century-long financial dominance of Europe.

For a more thorough investigation of this wonderful history, consult Jakob Burckhardt’s unsurpassable book, The Civilization of the Renaissance in Italy.