How a song about cats captured the hearts of millions of Italians and became a classic. 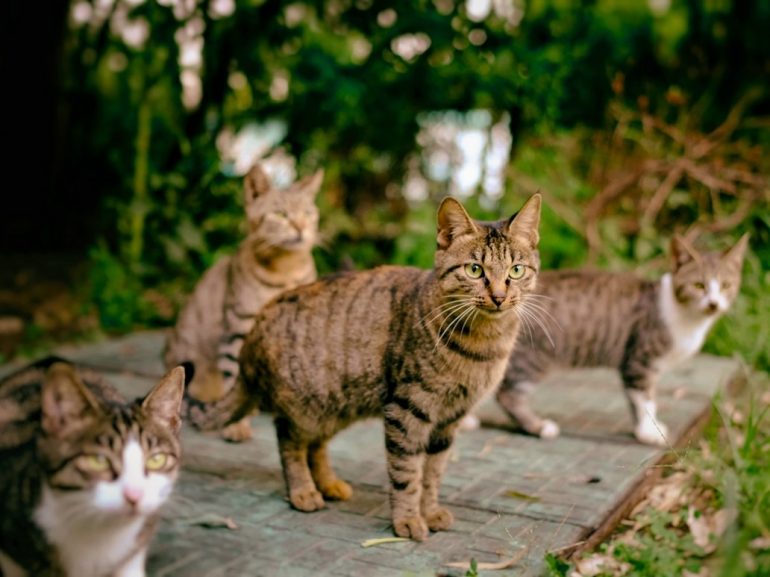 Quarantaquattro gatti has reached the status of legendary earworm, permanently imprinted into the musical memories of millions of Italians. Photo by Jerry Wang, Unsplash.

How 44 cats, a song about cats, captured the hearts of millions of Italians.

1968 wasn’t exactly a stellar year in Italian domestic politics. Similar to other places in Europe, Italy experienced waves of protest, violent rioting, and massive strikes that would trigger the dark Years of Lead soon after. From the Battle of Valle Giulia in March to protesters throwing rotten eggs at the attendees of La Scala’s opening night in December, the country seethed with an undercurrent of strife. In these circumstances, it is not entirely surprising that a children’s song about self-governing cats captured the imagination of Italians of all ages.

The Zecchino d’Oro had been established in 1959 by the Ligurian Cino Tortorella, a TV presenter who saw the need for an international festival celebrating the best in music for children. Modeled after the Sanremo Music Festival, Tortorella struggled to find a permanent broadcasting location until he stumbled upon L’Antoniano, an institute run by Franciscan monks in Bologna. The brothers proved to be very helpful when it came to training young hopefuls in the budding competition, and introduced Tortorella to Mariele Ventre, a choir director whom he would collaborate with for the next three decades.

Quarantaquattro gatti, or “44 Cats,” was composed by a 44-year-old music teacher named Giuseppe Casarini. Inspired by the Roman cats and cat ladies he had observed on a family visit, he wrote the lyrics to the song in about two weeks. The music came much easier, coalescing around a tarantella theme in only 15 minutes. After the song was entered into competition and accepted, Cino Tortorella set about auditioning children to bring the tune to life. He had his talent scouts fan out across Italy, and one made it all the way to the ski resort of Forni di Sopra, in Friuli Venezia-Giulia. A little girl named Barbara Ferigo attended the open audition along with her cousins, and she was picked to make the trip to Bologna. According to Ferigo, her parents were not happy about the news, and it was her grandmother who eventually traveled with her to the Zecchino d’Oro.

It was quite the challenge for the preschooler to remember the lengthy lyrics, so it took a lot of work on the part of both Tortorella and Mariele Ventre to secure a satisfactory recording. Ferigo remembers Ventre “cuddling us, teaching us, and encouraging us. She explained the songs at the piano, then each of us practiced at the hotel with our family. I worked on the song one verse at a time with my grandmother, because it was difficult to remember all at once.” Even with all this help, Ferigo almost ruined the recording by wanting to go play in the midst of singing. Everyone was fed up with her, even Tortorella.

No one expected Quarantaquattro gatti to make it very far in the Zecchino d’Oro race. The song which has since been named the “national anthem for Italian children” was not the first choice among the judges at the competition. As Barbara Ferigo remembers it, “Everyone was rooting for Cristina D’Avena because she was from Bologna and it would have been easier for her to continue her singing career. Instead, a kid pressed the buzzer at the last moment and our song won by a single point.”

Ferigo attributes the sustained success of Quarantaquattro gatti to its innovative and revolutionary lyrics, as well her sweet but rebellious interpretation of the song. Few children’s songs up until that point had brought in themes of class tensions and forming unions, yet here were cats discussing “organized meetings” and proposing that children provide them food and a place to sleep in exchange for being allowed to pull their tails! There is no reason to read too deeply into the song, but according to Riccardo Bertoncelli and Franco Zanetti in their book Avant pop ’68. Canzoni indimenticabili di un anno che non è mai finito, “It is the only real protest song from 1968 which has had a lasting impact on Italian culture.”

The months following the Zecchino d’Oro triumph proved difficult for little Barbara. In an interview from 2019, she said that the pressure on her “was almost traumatic, because everyone was looking for me.” It became a national obsession, and Barbara was asked to sing the song wherever people noticed her, from school to religious festivals. Largely due to this stressful experience at such a young age, Ferigo spent little further time in the entertainment business, returning to her hometown of Trieste and eventually graduating with a degree in political science. She now works for the regional government, and while she looks back on her 15 minutes of fame with fondness, Ferigo does not regret her quick exit.

Since 1968, Quarantaquattro gatti has become an enduring icon of the Italian cultural landscape. In 1994, opera great Luciano Pavarotti joined the Piccolo Coro dell’Antoniano and Giuseppe Casarini for his bombastic take on the tune. More recently, pop stars Elodie and Giovanni Caccamo covered it in 2016, accompanied by a new generation of chorus members. When asked why she chose the song, Elodie replied “Because Quarantaquattro gatti is the emblem of the Zecchino d’Oro.”

Tapping into the generational familiarity with the 1968 song, Rai Yoyo introduced the animated series 44 Gatti in 2018, which features the ditty as its theme. The show follows the adventures of Lampo, Milady, Pilou, and Polpetta, who together form the Buffycats, a feline rock band which gets into many amusing mishaps. The show has been a tremendous success since its pilot, with over 100 episodes broadcast so far. As Stefania Zizzari writes, “44 Gatti has surely won the hearts of Italian youngsters, but it has also seen great acclaim in the dozens of television markets where it has been exported.” 44 Gatti has had product partnerships with everything from cookies to puzzles, and the live shows were sold out in both Rome and Milan prior to the COVID-19 pandemic. The Banca Popolare di Frusinate even has a checking account called ‘Conto Deposito 44 Gatti’, which allows children up to the age of 12 to deposit money and build their financial literacy. Participants also receive a membership card which entitles them to discounts at places like the Aquarium of Genoa and the amusement park Gardaland.

After more than five decades, Quarantaquattro gatti has lost none of its vitality. It has reached the status of legendary earworm, permanently imprinted into the musical memories of millions of Italians. Though far removed from the simple joys of Barbara Ferigo chirping out the tune on a grainy broadcast, the unfading charm of the cats and their “baffi allineati” continues to burn bright.