Black Friday is witnessing record high sales as it expands from a special day to a special week, but small and medium-sized businesses are struggling to keep up with tech giants. Can Gen Zers save them? 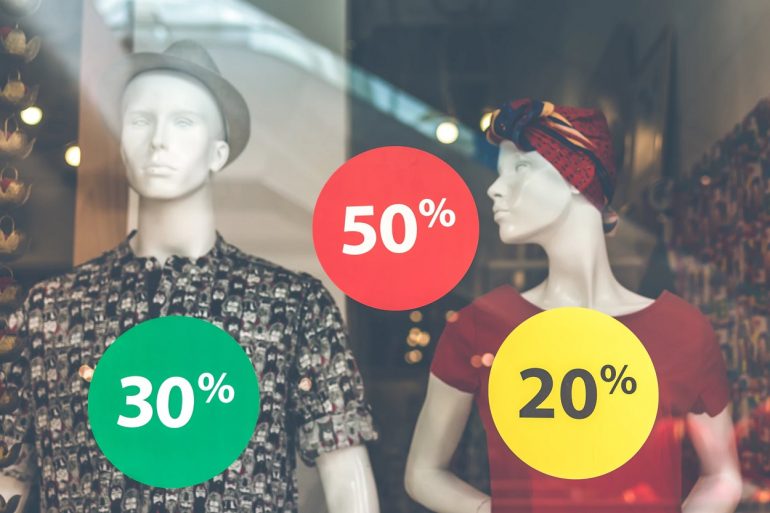 The American trend that imported its way to Italy is witnessing record high sales. Photo by Artem Beliaikin.

Black Friday — a couple of words synonymous of huge discounts for customers around the world — is now spurring tension amid the Covid-19 pandemic. Although it has sparked off fierce debate prior to this year, the special day is particularly meeting criticism in 2020 as Italy’s smaller businesses are juggling between both limited opening hours, number of physical customers and benefits.

While the global phenomenon emerged in the United States back in the 1950s, one tends to forget Black Friday celebrations only hit Europe a few years ago. Until 2017, it had barely infiltrated the Italian market — but a study published at the end of the year reported that already, one in two Italians had heard of the trend.

The country’s commercial fabric is mainly made of small or medium-sized businesses which can’t afford record-breaking discounts. How come then, a bargain-all, mass-devaluation celebration such as Black Friday developed in Italy? The answer might well lie in a growing discrepancy between culture and sustainable economics.

At first came the holiday discounts

Let’s rewind. Black Friday would fall on the Friday following Thanksgiving; the celebration announces the start of the holiday season and is an annual occasion for millions of customers to benefit from lower prices. Cyber Monday, on the other hand, follows Black Friday and initially offered online deals only.

Here’s the trick: while there’s barely any difference left between the two celebrations in 2020, Black Friday was set to encourage visits in store — until a pandemic stroke and made the online purchase rate rocket, which left a large amount of poorly-digitalized Italian businesses in the dark.

Until 2015, Italy was recorded as the EU country presenting the lowest percentage of companies offering e-commerce options within Europe (4% against a 15% average). Online shopping was only developing back then, and it took Italian consumers a long time before they gained more confidence in the use of online shopping. Gradually, Italian stores integrated the trend to compete with the online appeal and maximize their reach. Customer interest arose and the trend quickly became institutionalized. Most sectors offering bargains include the tech, fashion and cosmetic industries.

Then a stern backlash against online giants

The 2020 edition of Black Friday in Italy sets in a particular economic and political context. The pandemic has already fragilized many stores, big and small. Those who drag their feet into the digital space see their annual forecast turnover plummeting, whereas those who offer click and collect options or have a dedicated e-commerce platform somehow manage to survive. It is thus only natural that American online giants thrive amid the crisis and highly benefit from a shift in consumer behavior.

To such an extent that a country like France has ignited a fresh backlash against Amazon, as a move to quell a nationwide rebellion by store owners who accuse it from stealing business during lockdown. What did eventually happen? The French government managed to wrestle an agreement from the colossus and announced it was postponing Black Friday and delaying all discounts until lockdown measures are eased down — as simple as that.

Back in the Boot, similar concerns and anger are being felt. If the Italian government has chosen not to follow the same direction, Confesercenti (the Italian association for small and medium-sized businesses) has declared the legal incapacity for Italian stores to open a fair and heavy competition against such giants. Restrictions have indeed made 58,000 companies temporarily close down while 40,000 others were still following strict rules.

Will there be light?

As we have seen, the pandemic has had Italy speed up its digitalization process all over its territory and across sectors. But in spite of a growing number of visits to online platforms, there is something you cannot deprive the country of. In an article by newspaper la Repubblica, Confcommercio Federmoda General Secretary Massimo Torti highlights the bigger picture.

Throughout the crisis, Italians have remained united and respectful (for the most part) of the famous governmental decreets dpcm forcing closure upon stores. And while discount-based celebrations such as Black Friday cannot relaunch business — as the Italian economic fabric has been threatened by global trends — they can’t completely integrate the Italian landscape either. The Italian culture, sociality and spirit are unique. The joy you feel wandering the streets, being welcomed in small stores is like no other. At the end of the day, it is not about blaming the internet; it is about valuing the social role of physical shopping.

For all that, habits and consumer behavior shift with generations and cultures. If Italy’s fully opening up to e-commerce and digital opportunities just now, Generation Z (those born after 1997 according to Pew Research Center) has been charged with killing off in-store shopping. However, there’s light: contrary to popular beliefs on younger generations, Gen Z might have grown alongside new technologies, but they have an old soul. The young are attached to traditions and safety.

Young Italian Gen Zers might embrace both digitalization while retrieving the Italian way, and spirit, of doing things, and help protect stores. The generation encompasses both huge opportunities and risks. For Black Friday, brands looking for in-store visits should take time to decorate them accordingly — and this might make everyone, from Italian baby-boomers to Gen Zers, happy.

Black Friday is a relatively young concept when it comes to Europe. It will be interesting to follow the evolution of this trend through a trade, political, cultural and generational lens.