The coronavirus forced governments to engage quickly and sincerely with the public. Will it last? 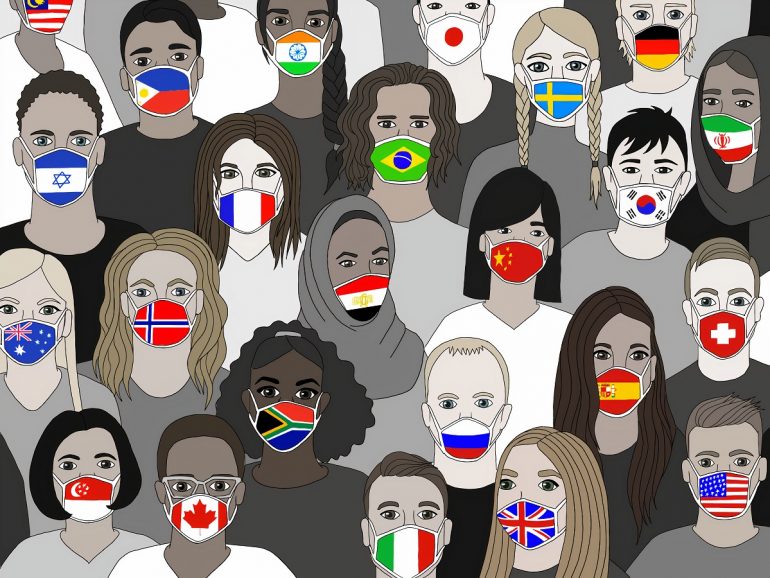 Together We Unite. The illustration shows the power of togetherness, using images people from different COVID19 impacted countries. Image by Laura Makaltses.

The coronavirus forced governments to engage quickly and sincerely with the public. Will it last?

Perhaps more than any time in recent memory, the last 20 years have been witness to a startling number of epidemics and new diseases introduced to humans all over the world. While experts sounded the alarm about the public health threats of SARS (2003), H1N1 Flu (2009), Ebola (2014), and Zika virus (2016), the communication strategies by governments were pedestrian in the best case, and absent in the worst. It was just a matter of time before a troubling disease like Covid-19 would expose the poor planning for which most of them were guilty.

Perhaps as a result, the primary shock that the pandemic led to careless mistakes in messaging about tackling the virus. The general lack of preparation and backtracking statements undoubtedly contributed to skyrocketing rates of coronavirus infections between March and April 2020 around the world. However, the coronavirus is the first global pandemic in the digital age, particularly via social media, has played a pivotal role for governments to communicate crucial statistics and news about COVID.

If there is a silver lining to be found in the throes of the pandemic it may be that governments have at last improved their means of communication and are directly reaching more of their citizens than ever before. In particular, social media has become a crucial tool for government communication strategies during the pandemic. Countries are starting to understand that social media provides an opportunity that traditional media lacks: instant interaction with people and a dramatic reach to different generations of citizens.

In a bid to prevent surging numbers of infections throughout the pandemic, countries across the world have used different approaches to spread public health messages. Despite these differences, the goals were nearly uniform around the world: from social distancing to contact-tracing software, from mask-wearing campaigns to pollution from disposable surgical masks and gloves, individual behavior can play a critical role in saving lives.

The approaches showed a different take on how to go about enforcing this behavior, and often depended on the cultural context of each country. The Canadian government released a video with three well-known Canadians: astronaut Chris Hadfield, the ex-sportswoman Hayley Wickenheiser, and physician Theresa Tam, where they did their part to ask their fellow citizens to stay home. In France and Spain, the appeals were more aimed at emotion. Both countries used touching stories to support wearing-masks and geste barrierères (protective gestures), showing harrowing pictures from overburdened hospitals.

The German government took a unique approach, employing their quirky, off-beat sense of humor to their national campaign. Covid is a tough row to hoe, and they may have known that they’d need to make people laugh in order to make them comply. The resulting campaign was a tongue in cheek spot where an old-timer recalls that in 2020, young people played their part by vegetating on the sofa. For Germany, that’s enough to qualify as a hero.

The Italian message, caught between the local and the central

As one of the first countries in Europe to experience widespread COVID infections, Italy found itself in the unenviable position of having to devise a communications strategy as they went along. Nonetheless, the government undertook a massive communication campaign, which helped to spread a message that was both coherent and hopeful. Hastags like #iorestoacasa and #andratuttobene became national rallying cries as well as government slogans in a display of social media savvy that few could have expected.

Videos on social media and television to bolster people’s confidence in contact-tracing, masks, and social-distancing had widespread effects, and the cabinet even took measures against pollution by surgical masks and violence against women during the lockdown as a result of social media campaigns. The campaigns went viral in large part due to celebrities like comedian Enrico Brignano and singers like Emma Marrone and Fiorella Mannoia spreading the word. Even Prime Minister Giuseppe Conte seemed to recognize the power of social media, recruiting Instagram influencers Chiara Ferragni and Fedez to take part in a campaign to promote wearing masks.

While the Italian government’s communication strategy seemed to help conquer the first wave of the pandemic, they have been less successful in the second wave. As the Conte cabinet opted not to enter a second national lockdown and instead use a tiered approach to restricting infected areas, there has been a noticeable lack of coherent communication.

As a result of this more localized approach, quarrels between central and local administration have wreaking havoc on the communications strategy of the government. Backbiting and infighting make it appear that rather than preventing contagions, the government has been trying to play catch-up since the renewed rise. On the one hand, regional authorities are asking the government to take draconian measures to keep contagions at bay yet on the other hand, local governments were disappointed when the cabinet issued new restrictions. These disagreements between institutions, particularly when played out over social media, only jeopardize the public’s trust in the healthcare system and the government itself.

The Covid pandemic is a lesson to governments, international firms, and organizations that the medium is just as important as the message. Communication has been the key to convincing people to stay at home, socially distance, and take care of each other. It seems incredible to think that only 8 countries in the world did not carry out a general lockdown and to imagine how different it might have been had there not been such a direct means of communication available to raise awareness about the virus. Generally speaking, governments benefited tremendously from massive social media campaigns, and so did the public.

One point is clear: the coronavirus has ushered in a new era of institutional communication. In many cases, social media has allowed governments to get much closer to the people they govern, and to whom they are responsible. But the Covid emergency may have merely sped up changes that were already taking place in society, both at the top and the bottom. From the challenges of managing the so-called infodemic (the brand new spread of information and misinformation) to the rise of fake news, social media and the internet have been shaping our worldview long before coronavirus hit the news. It is now up to governments hands to get ahead of the curve, make the most of these changes, and start delivering the messages we really need to hear.