The old world that the church and school once encompassed was gone, and a new one that privileged real estate and architecture had taken its place in Italy as well as in the US. 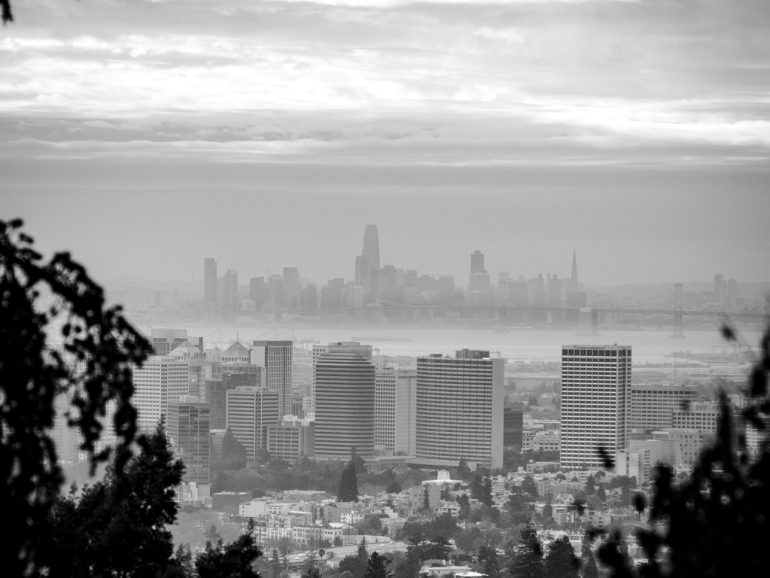 One of the joys of a return home after a long absence is the opportunity to revisit the places where you grew up. Home, if you are lucky enough to still have access to it, is probably the strongest one. School, which is more likely to be available, is a close second. In my case, that school has taken on a local meaning that did not exist when I was a student there, at least as far as I knew. It was a school attached to a church, the common configuration of parochial schools in the United States; that is, Catholic schools that serve a particular parish.

What is new about the school now is that it is a neighborhood marker that goes beyond religion and education (far be it from me to say ‘religious education’ since there was nothing religious about the math or science or writing that we learned there). It is now, in fitting with the tremendous economic boom caused by the arrival and development of Google, Facebook and several other internet companies, the icon of a real estate district. The explosive growth in the San Francisco Bay Area economy, coupled with a protectionist approach to housing development, has sent rent and purchase prices for homes soaring, even in pandemic times, such that for at least the past thirty years or so, residential real estate has become something of a religion itself, a social and material phenomenon that provides local residents with a deep sense of meaning, belonging and identity.

Of course, this is nothing new; people have always attached themselves to the places in which they lived and worked. A person as a single body and a family as a collective one, have always constructed their dwellings in a way that materially represents themselves. The same is true of corporations, the headquarters of which are both site and symbol of the company. This is true also of churches, universities, states and any other institution that exists in the form of both a human body and a nonhuman but essentially material instantiation, namely a building, but also more loosely and fuzzily, a street or neighborhood or even an entire town or city, with natural features being enrolled in the project as well as built ones.

This union of the human and the nonhuman will not be new to Italians, unless it is so ubiquitous and historical that it has become a naturalized part of everyday life. It is that way for Americans also, but the United States did not have the Renaissance nor especially the Baroque period during which this hybridization was developed with fevered intent and execution. Any threat, for example, whether posed by humans, microorganisms or geology, spurred the production of antibodies, in both social and material forms, that rose as a kind of protective reaction. The strongest instance of the first kind, the human, was the Protestant Reformation, which challenged Catholic legitimacy and authority. That of the second kind, the micro-organic, was the Bubonic Plague. And that of the third kind, was a series of earthquakes that tore places apart in both the social and material registers.

I will not trouble you with a reminder of the illuminating power of parasite theory, an explanation of which you can find in a number of my previous pieces.

But let’s go back to the idea of this parochial school which has taken on this new secular identity as the icon favored by real estate mavens. When I was a student there; it held no such meaning. The neighborhood was working class, as was my family and as were virtually all of the families that attended both the school and the church, and a house was little more than a place to live although of course dwellings always hold personal and familial meaning. What is new is the now formal designation of the school as the representation of a larger place that is characterized by its proximity to the compound: picture an entire city block, bordered by four streets, filled by a grand church and rectory (a home for the priests of a church) on one end, a long two-story building holding two rows of classrooms for grades one through eight on one long side, with administrative offices and a convent, which at one time housed the sisters who were our teachers, on the short side, opposite the church, with the space in the middle being given to a vast playground that included several basketball courts, which is the most Catholic of American sports. It was a world unto itself that fostered the development of a strongly particular childhood, and yet one which existed in thousands of other parishes across the country, in a more or less similar form.

Nominally it was what was known as an ‘Italian parish’; that is, at least historically, most of its members were Italian Americans, as opposed to Irish or Mexican, locally, or French or Polish in other parts of the country. At least in ethnic terms, students were of all of those and other types: Mexicans, Hungarian, Maltese, Armenian and many others. As a ‘parochial’ place, it was quite cosmopolitan and richer for it.

What was different then was that real estate was not such a hot ticket as it is now. None of us, our parents included, gave much thought to the economic value of the houses we lived in. The monsignor who ran the church, and thus the school, was notoriously frugal, even by the modest standards of the 1970s, and the church, school and related structures were always kept in the barest state of repair.

But oh how that changed in the 1980s and onward, especially at the dawn of the new millennium, when Bay Area real estate prices started their meteoric rise. Suddenly, the timeless Mission style architecture, in which the compound was built, began to be noticed for its beauty. Its growing value as a piece of real estate, coinciding with the death of its parsimonious pastor, prompted investment in its rehabilitation and upkeep, including a new roof, new interior and exterior paint, new furniture throughout, and extensive improvements to its landscape. Soon, the school bulletin began to make reference to “the Mount Carmel look,” Our Lady of Mount Carmel being the name of both the church and its connected school.

The Mount Carmel look? What heresy! What did appearance have to do with the values of the place? What was once invisible had now become central. The power of the secular now seemed to take precedence over that of the spiritual. Or even more tangibly, luxury and prestige had replaced frugality and humility. This all happened long after I had left the school, and even the neighborhood, but it nevertheless struck me as a drastic change, a sign that the old world that the church and school once encompassed was gone, and that a new one, one that privileged real estate and architecture over everything else, had taken its place.