Whitney Cummings's Bunga Bunga introduces listeners to the many scandalous details of Silvio Berlusconi's life — including the setting. 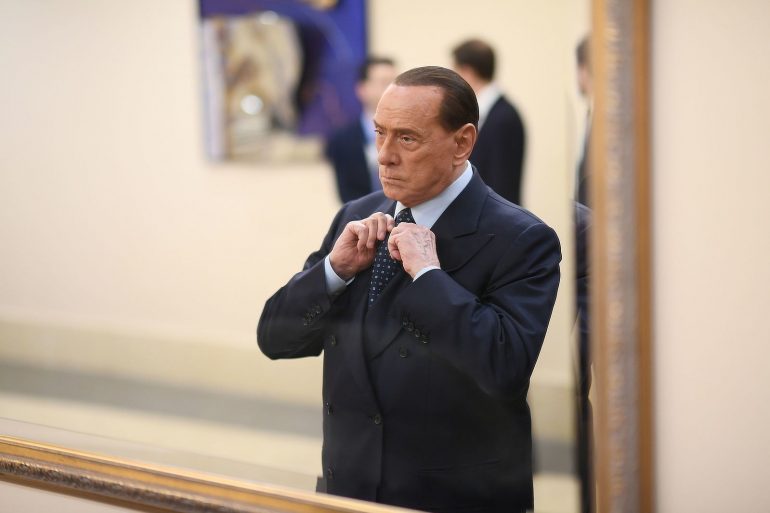 Silvio Berlusconi at a European People's Party meeting, CC BY 2.0, via Wikimedia Commons.

As with any true crime story, the setting is as important and fascinating as the characters themselves. American comedian Whitney Cummings’s new podcast explores exactly this, among the many other scandalous details, of former Italian prime minister Silvio Berlusconi’s life. She discusses the real estate magnet turned politician’s chequered past and eventual rise to power in Bunga Bunga, named for Berlusconi’s infamous sex parties. Her series joins a media onslaught of similar exposés released in the recent past. In keeping with the current trend, Cummings sheds light on the otherwise obscured, or at least underrated, obscene in a way that is accessible to an audience on the larger scale.

Bunga Bunga introduces listeners to Berlusconi’s famed place of residence, Villa San Martino in Arcore near Milan. The tale of Arcore is as compelling a story as his alleged mob ties or friendship with Russian president Vladimir Putin. Cummings discusses the history of the villa in her Dirty Hands episode, which also features journalist and documentarian Alan Friedman. Friedman’s book and subsequent documentary about Berlusconi’s life, entitled My Way, provides audiences with an inside look at the mansion.

The plot thickens when the couple’s ancestral villa in the small town of Arcore is bestowed upon Casati’s orphaned daughter. She entrusts lawyer Cesare Previti with the task of selling the home with the caveat that the library and art collection are preserved. The daughter then leaves the country to “grieve in peace.” Little does she know, however, that Previti also has ties to budding property developer and influential businessman Silvio Berlusconi. Previti proposes Berlusconi as the buyer for Casati’s villa, lowballing Casati’s daughter and even including the art and library she had requested be maintained. Worse yet, the payment of her meager sum was delayed and she continued to pay taxes on the property for six years after the arrangement. As both Friedman and Cummings seem to note, the murky waters of this deal seem to speak to Berlusconi’s general business and political dealings.

Fast forward to a scene from Friedman’s intimate meetings with the former prime minister as Berlusconi whisks the journalist from room to room. His pride and enthusiasm in sharing his 70-room mansion with the cameramen is reminiscent of MTV’s Cribs — Berlusconi grins mightily as he holds doors open for Friedman, ushering him to behold the treasures that lie within. Works by Rembrandt and Titian adorn a darkened art gallery, while his office space is home to gifts from the likes of Queen Elizabeth and his dear friend Muammar Gaddafi. One room solely houses portraits of Berlusconi, sent to him from admirers. He notes that there are more than 300 of these portraits found throughout the house.

The most notable room, however, is the dining room where his infamous Bunga Bunga parties commenced. With its Renaissance-coffered ceiling and red velvet chairs, it appears innocuous enough for a wealthy former politician. However, the reports of the gatherings tell of something much more sinister and disturbing. In Cummings’s episode The Dinner Party, former beauty queen and model Ambra Gutierrez recounts an evening spent at Villa San Martino at the insistence of her agent. From the personal welcome by Berlusconi with a platter full of Tiffany rings to the parade of young girls, Gutierrez is immediately uncomfortable.

The party adjourns to the dining room where they find the table strewn with plastic dolls and toys, a scene eerily reminiscent of Jeffrey Epstein’s “doll chandelier” in his New York apartment, a seeming allusion to both men’s obsession with female youths. Gutierrez notes another Epstein-esque phenomenon, that of recruiting and bribing young women to attend these functions. Events escalate quickly and suddenly the young pageant queen finds herself in the midst of a deranged sexual competition all in the name of impressing the residing prime minister. The actual Bunga Bunga room is composed of half-dressed women on poles and a DJ booth. When Gutierrez communicates to Berlusconi and his crony that she is leaving, they threaten to derail her burgeoning career, another theme of sexual predators: shaming the victim into silence.

In his documentary, Friedman refers to Berlusconi’s villa as his “Neverland,” an interesting choice as this was the name of Michael Jackson’s infamous ranch of pedophilic horrors. Bunga Bunga joins a legion of documentaries revealing the abuse of power by rich, influential men in seemingly high castles. However, as more testimonials and information rise to the surface, the more these castles — and villas — seem to crumble.