Almost nobody loved Rome as much as Gigi Proietti did. He had a really deep connection with the city, representing till the very end the skeptical, light-hearted essence of the Italian capital. 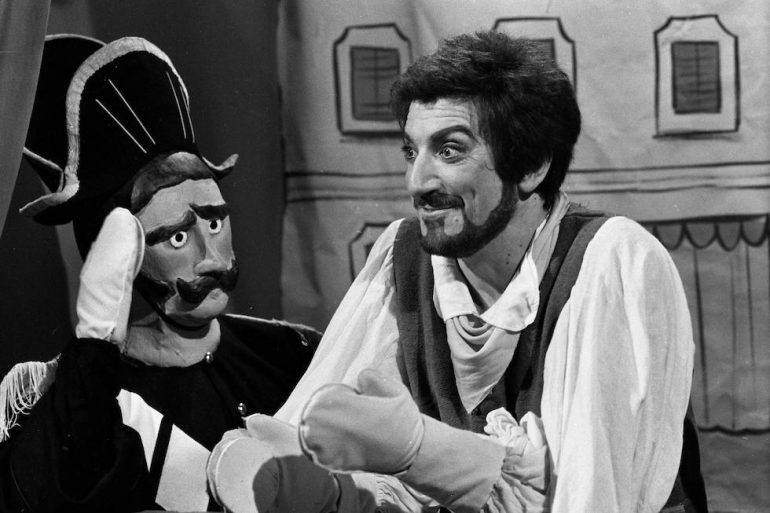 Gigi Proietti represented till the very end the skeptical, ironic essence of the Italian capital.

“What should we do — Gigi Proietti once said with his typical, strong Roman accent while making fun of his date of birth — the date is what it is.” November 2, Italy’s Day of the Dead, is the actor’s date of birth and, ironically, also his date of death. This coup de théâtre, the last one before closing the curtain, says a lot about a man who managed to became a true national relic.

In over 50 years of professional activity, Proietti collected 33 TV series, 42 films, 51 plays — 37 of which as a director. He also recorded 10 albums as a musician and directed 8 operas. However, Gigi’s massive impact on Italian culture and entertainment cannot be defined just by the numbers. His true gifts to the rest of the world were his teachings.

As only the greats can do, he never showed off or made others feel inadequate. He was a true example for hundreds of aspiring theater, cinema, TV and dubbing artists, and he never pulled rank. His sincere humility is probably what made him so loved, from grandfathers to kids. Everyone felt like Gigi was part of their family.

His relationship with Rome

Gigi Proietti was so loved by his city that the Municipality of Rome and the football team AS Roma commissioned to the Italian street artist Lucamaleonte a graffiti in his memory. The piece of art is on the side of an apartment block, and has a detail Proietti would have loved: it contains the colors of his beloved football team, red and yellow.

The work of art is in one of the neighborhoods most dear to the actor, Tufello, where he spent a good part of his life. To be honest though, there is no part of the city he didn’t live to the fullest. On top of opening three theaters and an acting school in Rome, he reckoned he sang in every and each nightclub back in the 1980s.

In his lifelong mission to enrich the Italian capital’s art scene, he dreamed of starting a restaurant that was open until late night just for theater actors and directors. However, Proietti’s touch didn’t just end there: he wanted to put a stand in the middle of the room where anyone could recite something in exchange for free wine.

That’s why many believe that almost nobody loved Rome as much as Gigi Proietti did. He had a really deep connection with the city, and he represented till the very end the skeptical, light-hearted essence of the capital of Italy.

In a country where young people were told by their parents to finish their studies “or you’ll end up on the streets,” Gigi Proietti dazzled everyone. For the first and certainly not last time in his life, he proved to be the exception to this unwritten rule. He dropped out of law school with only six exams left to get a degree, just to pursue his dreams.

He never studied acting or music, but he managed to get a gig as a singer in night clubs while he was a student. But it wasn’t until 1970 that he met success, when he was called to replace the undisputed Domenico Modugno in the musical Alleluja brava gente.

It’s not easy to stand in for one of Italy’s most famous singers. It is even more difficult when you’re an unknown artist at his first major test. However, Gigi’s natural talent paid off and this job put him on the radar.

There was nothing Gigi couldn’t do

Gigi Proietti quickly became one of Italy’s most versatile artists. Some people remember him as a theater actor, some others have seen him in films, others on TV. Even when we couldn’t actually see him he was there, as he lent his voice to some of the greatest Hollywood actors like Robert de Niro, Marlon Brando, Dustin Hoffman and Sylvester Stallone, just to name a few. His voice will be also impressed in the minds of the younger generations, as he dubbed the magic genie in the evergreen Disney move Aladdin.

His legacy, however, goes much beyond the characters he gave life to. In fact, he ordered the construction of another Shakespeare’s Globe Theater in the gardens of Villa Borghese, in Rome. His mission was to make the great tragedies and comedies of his idol known to the Italian audience. For him — as for Shakespeare — there was no distinction between high and low culture. There were just “good things.”

Gigi Proietti applied the very same motto to his own life. When he got national recognition, he never found comfort in an ivory tower, becoming an elitist simulacrum. Even as one of Italy’s greatest actors, indeed, he never refused to take part in cinepanettoni, a series of low-quality farcical comedy films scheduled around Christmas time.

Teaching at the Brancaccio Theater

Some of Italy’s most renowned contemporary actors and comedians were trained by the Gigi Proietti. Among those, Flavio Insinna, Giorgio Tirabassi, Enrico Brignano and Gabrielle Cirilli. These are just a few of the artists who attended his courses at the Brancaccio Theater.

“He built a true friendship with us — Cirilli remembers — and he always tried to form a human connection with other people. When you didn’t laugh, he asked ‘why aren’t you laughing?’ Gigi was very wary of people who don’t laugh, and he wanted a real relationship at all costs. It wasn’t unusual that after class he asked ‘Where are we going for dinner tonight?’”

Always according to his former student, Gigi Proietti was there everyday. He didn’t just put his name on a poster, he really wanted to teach.

We can have a final glimpse of Gigi Proietti if we think that, in the summer of 1962, he had an affair with a Swedish girl, Sagitta, who fell in love with him so bad that she never went back home and ended up becoming the mother of his children.

A really wonderful artist and person left us, but at least we could learn from his teachings. “Choose your road and walk it in the best possible way. Even if it’s not a big boulevard, but just Manzoni Street, what matters is that it’s a road.”