Italy is on the verge of a second total lockdown. What’s worse, is that there’s now data to support the experts' worst fears about the consequence of isolation. 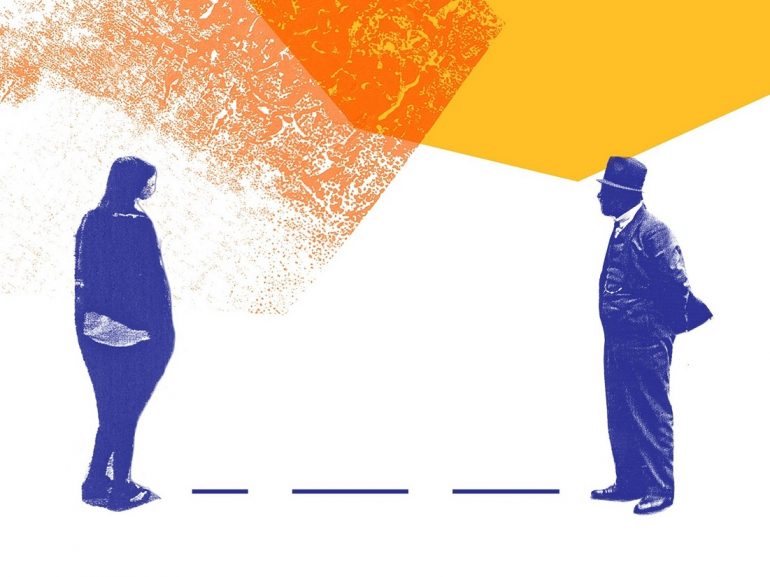 Image created by Underway Studio. Submitted for United Nations Global Call Out To Creatives - help stop the spread of COVID-19.

As the number of coronavirus cases keep soaring in Europe, the hypothesis of a new total lockdown is making a comeback in the Italian media discourse. For now, Prime Minister Giuseppe Conte has opted for a sort of compromise; the regions are being divided into three different zones, defined by the level of risk. Nevertheless, tough measures are still being implemented, even in the ‘safer’ regions.

Gathering places like museums and movie theaters are being shut down, while bars and restaurants remain open, albeit only up to 6 pm. Also, a curfew is being enforced on national level, between 10 pm and 5 in the morning.

As of today, most of the population seems to be quite accepting of this ‘new normal’. Indeed, it only takes a stroll down the streets to see people wearing masks outdoors. Shops and bars are also providing disinfectant and social distancing measures for their clients and many companies are relying again on telecommuting for the time being.

As a matter of fact, Italians appear to be willing to accept these new measures — as long as they’re not forced into a new full-on quarantine. The general consensus among the population seems to be that the country cannot afford another lockdown. Not just for the economic consequences of shutdowns, but because of the toll it has already taken on its citizens’ mental health.

To understand people’s current sense of anxiety, one must remember that in March, unlike other EU Nations, Italy had opted for a full-scale quarantine. People were forced to stay indoors, limiting every kind of social interaction in order to contain the spread of the virus. Even outdoor activities, like jogging, were forbidden.

For many, life had reduced to solitary trips for grocery shopping, long video calls on WhatsApp, and endless hours of screen time — both for work and escapism alike.

Everyone has a story about their highs and lows during lockdown. Some people lament the sudden lack of privacy, as they were now staying 24/7 with the same people in a suddenly crowded space. For others, the lockdown meant living every day alone, while repeating the same rituals over and over again.

For two months the life of millions of people was put on hold, all the while a looming fear of an impending economic crisis was starting to set in.

Economic anxiety was the main topic of conversation during the lockdown, and still was when life began again, in May. But at least, thanks to its citizens’ willingness to self-isolate for the greater good, Italy had gained the praise and admiration of the other quarantined countries.

Nobel laureate Paul Krugman even wrote a passionate op-ed about Italy and its handling of the pandemic in the New York Times. It was as vivid as it was full of stereotypes, but it did feel earned — almost making up for all the suffering endured.

Feeling strong in their achievement, Italians spent the following summer trying to forget the harsh times of quarantine — traveling abroad, going on vacation, reconnecting with the loved ones. Looking back, it was an understandable way to cope with this traumatic event, as everyone thought that the worst was now behind their backs. Unfortunately, so did the local administrations, that chose not to increase the intensive care and hospital beds, in the hopes that the second wave would never come.

Like the first time, Italy is dealing again with a general lack of preparation. What’s worse, is that there’s now data to support the expert’s worst fears about the consequence of isolation. As recently reported by the Elma Research Institute, the epidemic and the consequent lockdown have caused a real deterioration in the mental health of the European population.

The study, based on the interviews of six thousand people in six different countries, found that, on average, 58% of the citizens interviewed had shown symptoms of psychological distress after the lockdown. The highest rate was found in Spain (69%), Great Britain (63%) and Italy (65%), with the most common symptoms being insomnia, lack of energy, lack of interest in doing things, the need to cry and anxiety.

67% of the Italian sample reported having had at least two of these symptoms. For 50% of them, it had happened for the first time, while another 33% experienced a serious worsening of their pre-existing mental health issues.

Needless to say, these estimates are bound to grow in the event of a new quarantine. But even if a new full-on lockdown doesn’t become a reality in the next months, these symptoms, and the distress that causes them, are not just going to disappear overnight by themselves.

The current crisis transcends all we know about trauma, because of its persisting nature. Events like a terrorist attack or a natural disaster can be sudden and unexpected, but they’re usually restricted to an event, separated in time and space.

Corona, however, it’s always with us, dictating our actions daily. Even though we are free to leave our houses — at least for the time being — everything is still postponed, in what appears to be a constant present — like a never-ending Groundhog Day, set in an I am Legend style apocalypse.

Seeking help (or finding it) isn’t as simple as it may seem, especially since in Italy there is still a strong stigma attached to therapy. This may get even more complicated in case of a new lockdown — if what we’ve seen in the past months is of any indication.

We now know that the work of a mental health professional can get quite difficult, when distance is forced between the patient and the therapist. For some cases, communication through a screen isn’t enough, and in some others video calls aren’t even an option, as only 84% of the population has access to broadband internet connection.

There’s also the problem of being stuck indoor in a situation of abuse. Between March and June 2020, Italy’s anti-violence support centers have registered an increase in calls of 119% — over twice the number of calls received in the same period the year before. This confirms that for some, forced isolation can mean way more than ‘simple’ mental stress.

Despite the unique circumstances we all have experienced during 2020, it should be noted that at least part of this quarantine’s outcome was to be expected. In February, right before lockdowns were about to start all over Europe, The Lancet had published a review of 24 studies detailing the psychological effects of quarantine on people — which were remarkably similar to what we’ve been experiencing since March.

But even knowing that, we probably have yet to see the real consequences of this event on the Nation’s public health, at least to their full extent. Fittingly, last April Belgian psychologist Dr Elke Van Hoof called the lockdown “the world’s biggest psychological experiment.”

Now it is up to the Italian government to make room for programs that address these issues. Right now, the public discourse is firmly centered on intensive care numbers and fear of a new full-on lockdown. But while these are certainly important matters that need to be discussed in advance, they must also be dealt with in terms of their consequence on citizen’s mental well-being. Otherwise, this is just going to be another unexpected health crisis waiting to happen.